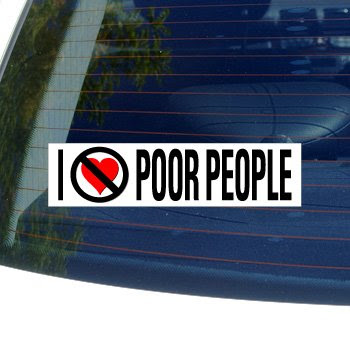 Right wing hate speech proponent Cathy Odgers is being considered as an ACT Party candidate, which shows you how desperate the ACT Party have become for candidates.

Ladies and Gentlemen, let me be 1000% clear, Cathy Odgers is a hateful person who is the very last human being one would ever wish to enter politics.

Her jaw dropping post where she articulates an anti-breeding campaign for beneficiaries still stands out as one of the most disgusting arguments for right wing eugenics this country has ever had the mispleasure to read. Here is Cathy at her most rabid and hateful...

The heaving pathetic underclass do not seem to have any idea how to look after and better themselves let alone their kids. All the Whanau Ora in the world given to them from the collective troughing of the "consultant" middle class neo-minted Maori brorocracy won't help them.

Regardless of your race, not killing your child is fairly bloody fundamental. One of those things that doesn't need to even be said at Plunket or passed down from generations does it? Sticking a child on a clothes line, body slamming a baby, beating a child up and down isn't even an action of primates. A baboon is more advanced in its thinking.

That's the main issue, those killing and maiming children from any race are not human beings, they are the missing link from...well you can't even say primates can you as most wild animals manage to look after and not deliberately kill their own children? You cannot legislate to protect children from these creatures because creatures do not acknowledge any laws.

So the time has come for a fresh approach. Let's stop handwringing semantics to the problem, remove historians and academics from the debate. Let's forget about offending a few precious souls who would rather see more Maori kids killed because solving the problem ruins their lily white world and exposes them to criticism. Let's actually DO something.

We aren't allowed to sterilise those most at risk of offending and Laws has already suggested a lump sum of $10k for sterilisation to much horrow and howling from those with no better answer, so how about another way?

How about we cut off the DPB and dole altogether and PAY the underclasses NOT to breed.

As I pointed out at the time, the ignorance is so apparent in Kates hate speech towards those she considers 'unpeople' it's almost No Minister-esk. Kate you may write with some finesse when it comes to exposing the internal lies within financial news, but sweet Jesus your social policy thinking is more akin to that moment in 12 Angry Men when they all get up and walk away from the bigot left raving at the table.

Cathy Odgers is a hate monger who would only lower the current debate, she is a foul mouthed blogger who argues for the poor to be sterilized for money as a means to deal to poverty. What this hateful, rich corporate lawyer offers the ACT Party in terms of electoral success is as uncertain as appointing a leper to judge a beauty contest.

May I humbly suggest to the Greens and Labour activists that one simply needs to trawl through Cathy's hateful right wing rants and take their pick of quotes. Cathy simply can not debate issues as an adult, I've caught her out lying about me personally and she can not handle actual scrutiny without foaming up and becoming violently responsive. Cut and paste enough of her bile and watch her spin out as a candidate.

That ACT are seriously considering someone so ill fitting for the job of politician like a hateful right wing blogger like Cathy Odgers is a move of absolute desperation on their behalf, looks like the Don Brash honeymoon within ACT after his corporate coup is over.

Provoking Candidate Cathy would become a new game for the left all the way up until the election, especially as she couldn't help herself from biting back in front of a watching electorate as she simply doesn't have the social skills to control or hide her hatred of the poor in a manner that can con the electorate.

So that is your endorsement then eh Bomber?

How cute. Did she turn you down?

Come now Bomber, Act is considering Cathy Odgers because they're all like that... The only difference is that she is perhaps slightly more outspoken and uncontrolled concerning her bigotries. She’s therefore most suitable as an Act Party candidate. However I totally agree with you, she like the rest of them is not suitable to be a Minister. Her racism and hate speech represents a small contingent of ardent followers and is an immoral proposition to begin with. Therefore I do not celebrate the fact that the left might gain politically from such a spectacle, I would prefer that this kind of debate was not occurring at all. Surely New Zealand has progressed away from the stupidity the Act Party represents?

What she spews about Maori, Pacific Islanders, gay-orientated, and the poor is feeble, so weak. Isn't her blog in the top 5 at the moment? Scary but not surprising to think there are people just as wretchedly hateful as her in "friendly clean green nz" - that mythical dreamland we keep telling ourselves, then people like her and Don Brash kind of destroy. Why do I feel need another shower after writing this?

Crownretro - you'll have to show evidence that she has spoken out against the poor and gays before making such silly remarks. The same about the supposed venom against Maori and Islanders.

A remedial reading course might do you some good. You too "Lady".

You were wrong hard!

Remedial reading, lol. How old are you? Heine, I'm probably being--what's the excuse you people use to bash-up minorities again?--too PC, no?

Remedial reading, lmao. Do you have selective reading? Actually, you probably don't notice the hatred, too normalized. Well, she spews buckets of hatred against people on welfare, which seems to be the bash-up flavor of the past few years with you people; maori, especially maori parents as if the few bad are lumped with the many more good maori parents- all of my maori & pacific island friends are better parents than I singly am; gay people, I remember she came here and in one of her many idiotic insults she told Bomber to join his "homo" mates, a term I hadn't heard since college; dude, if you really want me to collate some juicy examples for you, I'd be happy- more than happy, gleeful. I'd easily copy & paste so much more, the woman blogs it all in the open.

Actually, I'd like this woman to rise through Act as an MP, she'd be very popular. I don't agree with her potty mouth, but good on her.

What hate does CK spread?Why would she waste her far more valuable than most peoples time? She wants to improve NZ and the lot of its people....as the socialism we have tried and found wanting has been total failure then let her have a go.CK doesn't need to sugar coat anything to make it more palatable for the mediocrities like Bomber and is bludger ilk because she has the immunity that is skill and wealth behind her...like John Key.When you are free to be yourself that's when you can be most effective.

What hate does CK spread?

In her latest blog she defends the famous bigoty brain ruptures of Paul Holmes, Paul Henry, and Michael Laws as not "sackable offenses" for christ sake. Your definition of her improvement of NZ? Her support for controlled sterilization of minorities? Just suggestive lick of her improvement of NZ, no? More a deep wish, I'd wager.

This Kathy Odgers has certainly got the measure of Martin Bradbury. He is doing exactly what she says he would do. He is squealing like a stuck pig but failing to come up with any alternative solutions.

I think Kathy Odgers is being very reasonable. She is suggesting paying these deadbeats not to breed. Michael Laws' suggestion to pay them 10 grand in return for rendering themselves incapable of replicating seems like money well spent when compared with the taxpayer-funded loser breeding programme that currently prevails.

Of course, Kathy Odgers does not go far enough.

There is still the problem of what to do with the sort of filth who after being paid to breed, systematically and over a period of months, tortured to death their offspring, a three year old child in what must be one of the most brutal and cowardly methods imaginable.

They should be hanged, of course. In case anyone missed it I am referring to what the Curtis brothers and their associates did to Nia Glassie. If ever there was a crime worthy of death, this was it. Hanging would be far less painful to the Curtis brothers than the extended terminal cruelty which they meted out to poor Nia.

The solution to all this, as championed by the left, is the anti-smacking law.

It's working well, isn't it?

But alas, those days are gone.

So now, all Cathy Odgers in boxers here can do is hate. But boy, he hates! They should be hanged, of course! His neck tingles and goes all red like a tomato as he sterilizes and hangs imaginary minorities safely behind his keyboard.

Ahh, those days live on, somewhere in a deep, dark recess of Cathy Odgers's boxers.

Bomber. I have not talked about Mana so I am not too sure what you are on about - but that just puts me in with the 99.9% of Kiwis who don't really care about your daily farts that you pass off as "political opinion".

You're just bitter because nobody would ever ask you to run for Parliament, not seriously anyway.

Do I despise and loathe all minorities, or just a select few? Can you be more specific please?

It is clear that you have no rational response either, only an intense angry disapproval.

The only thing you have a remote clue about is my "intense angry disapproval." I fucken loathe bigotry.

"The only thing you have a remote clue about is my "intense angry disapproval." I fucken loathe bigotry."

It seems that the only point of agreement here is that you have feelings of intense angry disapproval.

Such an emotional obsession may cloud your judgment. Not only that, but it lends further credibility to Cathy Odgers' claim that you and your ilk have no solutions to offer, only howls of disapproval as you have freely admitted.

Is bigotry what you are accusing me of, and if so, can you please enlighten me as to what group I am being bigoted against?

Take you time, but hurry up.

So you have no actual specifics then Crownretro?

Reading some of Cathy Odgers' unpleasant comments, it strikes me that she'd be a real liability for ACT.

The media would be constantly bringing up her past comments whenever she was in the headlines.

At best, she might be put to work somewhere in a back-office, well away from journos who might fancy using her for some "shock! horror!" headlines.

And of course, she'd be a prime "person of interest" to political commentators, bloggers, et al...

"I think Kathy Odgers is being very reasonable. She is suggesting paying these deadbeats not to breed." - Bill

And there we have it. A Cactus Kate/Kathy Odgers fan.

Odgers would have the state deny the rigfht of the poor to "breed". In a leftwing regime, this would be known as "nanny statism".

In right wing circles, it is "being very reasonable".

Is this a case of the New Right morphing into the Neo Right?

I would so love to see Cactus Kate/Kathy Odgers debate her pernicious views on TV - preferably as an ACT candidate.