Len's done nothing wrong? What the Code of Conduct says 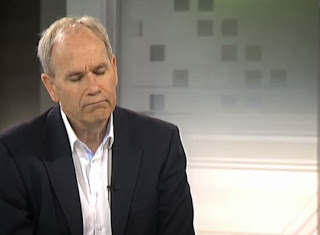 Contrary to what Len's political backers are claiming there are several grounds upon which he could be at fault in the conduct of these trysts.  Using the arse of the advisor he appointed (and who he would soon be considering for re-appointment) to polish the table in the Ngati Whatua Room at the Town Hall while his daks are round his ankles - and while a mortified security guard looks on (knowing full well he would be sacked for the same behaviour) - is a conduct issue now it is in the public domain.  Allegations His Worship engaged in heavy breathing sex calls and wanking at his work desk in the Mayoral office during work hours all in pursuit - persistent, stalkerish pursuit according to the allegations - of one of his appointees is of public interest.

If what Len has been up to is all kosher then what does that say about the standards at Auckland Council and his future behaviour?  What example is Len setting for the dozens of elected officials and the thousands of staff he leads?  Is it a Town Hall or Len's love nest?  Too busy drilling the help and not enough helping to drill the terminably delayed city rail tunnel.  No wonder Len has been so invigorated... but so distracted.

---
UPDATE 17/10/2013 3pm:
NZ Herald reporting:
--
Auckland Council chief executive Doug McKay is this afternoon expected to announce an inquiry into the Len Brown sex scandal.
The decision was made following inquiries from the New Zealand Herald about whether Mr Brown's affair breached the council's code of conduct and conflict of interest policies.
--

That was predictable, but a bit quicker than I imagined.

yes and bla bla bla , who gives a rats arse. A cork soaker turns up at the office and bla bla made up stories for Bradbury to suck,
I see you Tim or Bradbury are censoring comments over at the Daily Blog.