The future of RNZ 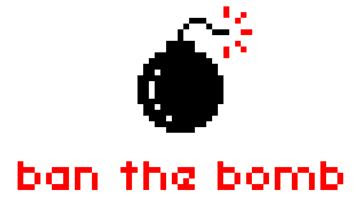 Radio NZ boss confirms exit, apologises
Radio New Zealand chief executive Peter Cavanagh confirmed today he will be leaving at the end of the year and has apologised for his decision being revealed by New Zealand Herald.

Cavanagh was the chief executive who had me banned from Radio NZ for supposedly defaming the Prime Minister. I had always suspected RNZs gutless self censorship in that case had more to do with Cavanagh's dislike of my idea of RNZ2 than me defaming John Key.

How does RNZ survive under a Government that has zero interest in public broadcasting? We can see by the way TVNZ7 was shut down that National just don't care about broadcasting very much so RNZs position when so many other assets are being chopped up and sold off is pretty precarious.

RNZ has the largest radio audience of any other radio station in the game. They are excluded from the ratings survey meaning their dominance can't generate any revenue, (alongside the fact they don't play adverts).

My solution to this was the creation of RNZ2. The Government don't just have RNZ, they also own Kiwi FM. Kiwi FM was what was left over from the Youth Radio Network that Jenny Shipley first mooted. Rather than a commercial free youth alternative to Radio NZ, Labour gave the 3 frequencies valued at 3million to bloody Mediaworks as Kiwi Fm which was supposed to be 100% NZ Music. The impact of this was to ghettoize NZ music onto a frequency no one ever listened to.

Why Labour just handed over 3 frequencies to Mediaworks minus any plan has never been answered by any Labour Party MP I pester on this issue.

My argument was that the Government take Kiwi FM back, create RNZ2, allow RNZ2 to have adverts and use the money that generates to subsidize RNZ. RNZ2 would be news talkback but from a more progressive stance than the other redneck talkback stations. Seeing as there are no public service talkback stations, the market could sustain an alternative to ZB and RadioLive! while generating competition and desperately needed revenue for RNZ.

Cavanagh was against all of this, let's hope the next Chief Executive has more of an open mind. Finding new ways to fund public broadcasting is the challenge, simply sticking ones head in the sand and hoping for a change of Government to one which is friendlier towards public broadcasting isn't much of a solution.

I think there can be room for a talkback show in the public radio model, but not in the same fashion as commercial radio. Along the lines of BBC Radio 4's Any Questions and Any Answers (http://www.bbc.co.uk/podcasts/series/bbcaq)

I would not like to have advertising or sponsorship of Radio NZ. I think it would compromise its journalistic integrity.

Lets hope the next Chief Executive is a New Zealander.

Cavanagh was the chief executive who had me banned from Radio NZ for supposedly defaming the Prime Minister.

So now that he's gone, is it possible your ban will be lifted by the successor? Or does your ban go deeper than the personality at the top?

No RNZ2 . If a currently mythical RNZ2 whored out to advertising then slipped RNZ a few bucks to keep the whiny intelecshuls quiet then what the fucks the point of it ? And there's plenty of money to have free-to-air radio AND free-to-air TV and frankly , your question ; ' How does RNZ survive under a Government that has zero interest in public broadcasting? ' Should have us all clambering for our pitchforks , flaming torches and stout rope . If a democratically elected Government refuses to supply it's citizens with clear and unbiased information then it's no government is it ? It sounds more like a secretive organization . A minion to Corporate business .

Getting back to funding , the IRD has just bled out millions of our money to pay to ' up grade ' it's computer systems to a foreign owned company who no doubt won't be paying GST on the deal .

And I saw that hideous Paula Bennett pulling up to a soup kitchen to do a spot of token gruel stirring to feed the broken and discarded in OUR chauffeur driven , Ministerial , 7 series BMW ? !

She could have been delivered there by a large man with a wheel barrow . Is that not how you move steaming , horse excrement ?

Public broadcasting which relies , even partly on advertising revenue is never free-to-air media and you thinking that Bomber is worrying me .

Especially when you watch the BBC , the high brow news machine of choice . They suck on Insurance and Bank bits mostly .

@ Shona .With respect x . What would you say is the requirement for being a New Zealander ? I came here in the greasy loins of my white , boat people ancestors . I was thus born here , worked on the land here and helped to bolster the coffers by creating wealth earned from export commodities here and I watched on helplessly as my own country-people fucked me over , us over , my family over , the most vulnerable working class over and continue to do so with an alarmingly increasing enthusiasm for their devilish work .

Is Jonkey a Nigerian ? No , he is not . Is he Sudanese , Burmese , Swahili , Swedish or Scandinavian generally ? No . He is not . Is he Icelandic , or from the Kermadecs ? No ! . Is he a Cod Fisherman from Galway Bay ? No . Italian ? Oh give me a fuckin' break . Does that fuckless , greedy little prick in the Blank Man suit look Italian ? No . He does not . French then ? Oh My God No !

If there's a person out there who has flair , stye , class , is erudite and worldly with more humanism than the cheque book they fondle but not NZ'r then bring em on I fucking say !

I want to see a brawler and a womanizer ( Or a scratcher and a man-O-izer ) as head of our Fair Trade Media . Not some flouncing nancy too afraid of their shadow and who only kisses arse holes . Someone with Class darling . Someone who shows no fear and yet instils respect in us as being more than rugby , drinking piss and sparking up the fucking hideous barbecue . I really don't like charred creature flesh .

I've come to the conclusion that we're too small to be a Functioning Country anymore . We clearly don't like the Royal Family and frankly I'm at a loss as to why not . We don't like Amerika 'cause it stinks 'an shit . We fatally think we's just a big country and ' Mate ! Chuck tha fuckin' ball wouldja ?' . Well , were not getting far with that either .

When I heard the beautiful and brilliant Kim Hill slaughter roger kerr on RNZ I knew that , that'd be the end of RNZ and Kim Hill . And I was right . And being the negative old cunt that I am , I hate being right . For all our sakes .

New Zealand / Aotearoa is a wondrous and paradisical place and it breaks my heart to see it being fucked by such a cunning , greedy pack of ... Kiwis .

You must be joking with liberal talkback on RNZ 2. There is no way a public broadcoaster should be pushing any political agenda, that is the beauty of RNZ as it currently exists. I may want to hear progressive voices on the radio as much as the next person, but that would be a terrible way of going about it.