Can Greens get 15%? Not if Picnic for the Planet is an indicator 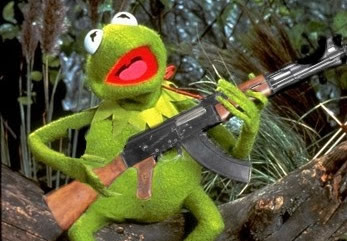 I bitched about not getting an invite to last years Picnic for the Planet so was delighted to get one this year.

I think the Greens are one of the very few who have actual solutions to NZs current and future issues and specifically have smart answers for Auckland, which is what makes the terribly low turn out at the Picnic for the Planet on Sunday that much more hurtful.

Luckily the event was covered by Damien Christie who wasn't in the mood to be that perceptive, but if the Greens can't get a park full on a beautiful day in Summer with free music then alarm bells should be ringing.

Metiria's speech was to launch the 'I'm in' campaign. It must be a realization that the Party needs more body than soul right now. Campaigns are won on the day and the Greens lack enough party faithful who are prepared to do that making them an aspirational vote rather than an inspirational vote.

I've always felt that the Greens have never had a particularly strong focus on Auckland and don't have as much support as they should. Auckland is a big personality kind of city and the Greens (who ask their candidates to rate their modesty and humbleness) are ones who shy away from big personalities. With Denise Roche at number 10 being their first Auckland MP (Dave Clendon barely counts), the Greens don't seem to be taking Auckland all that seriously in terms of Auckland representation.

So what was the 2011 result for the Greens in the Auckland electorates? Nation wide they managed an impressive 11.06%, in Auckland's 18 electorates however they only scored a percentage higher than the national result in 4 of those electorates.

Based on these results the Greens should consider changing their name to the Whites. The lack of diversity in poll results highlights where the Greens need to be targeting hence Met's repetition that the Greens are the party for the new diverse NZ.

I think the Greens can get to 15% but they need to work Auckland better than this and a park with free music on a stunning day that was 80% empty suggests they have a lot of work ahead of them.

I'm not sure scheduling an event on the Sunday of anniversary weekend showed much insight into the minds of most Aucklanders who had fled the city for the weekend. That in itself speaks volumes.

To be honest looking at TV footage of the event I think one could be forgiven for thinking they had stumbled into a NZ First event.
The age of those attending seem to indicate members are white and elderly.
Which begs the question why do they persist in providing such weird music at all their events.
If the average Green party member is into that sort of music then I am not sure the party deserves to survive.