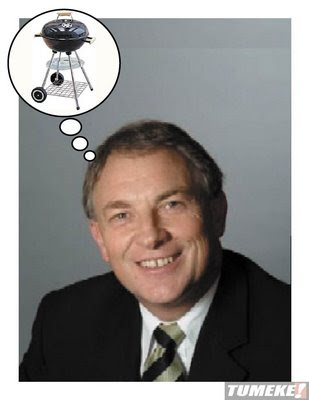 Okay, let's do the caveats first. These phone polls are so biased towards the right and the sudden surge of NZers getting package internet deals minus the landlines means only old people who still think the fax is cutting edge technology are answering these polls.

So they don't represent opinion, they end up manipulating it.

Suggestions that this is a rogue poll could be born out by the Maori Party jumping 2% in this poll. How on earth they could be at 3.5% for the spineless effort they've managed this year flashes a warning sign on the veracity of the poll result.

That said. Labour dropping 4.5% to 29% in the latest Roy Morgan Poll released tonight comes at exactly the wrong time for David Shearer.

The Labour Party conference is on the 16th November, there is already a move to lower the caucus trigger threshold to mount a leadership challenge from 68% to 50%, and some are murmuring that it should be lowered to 40%.

With Labour slumping right when the Government is wide open on so many fronts can not be ignored by party members any longer. The frustration at a rudderless Shearer isn't dissipating.

If they think the Caucus made the wrong call by implanting Shearer above Cunliffe, the last chance to rectify that is early 2013.

If the thresholds are lowered, it's BBQ season.

I read the bullshit Stuff headlines, then thought of the standard Garner/Spinner interpretations, and then initially thought "OMG" (as they say).

Then I thought good stuff! The poll sure as hell doesn't reflect an electorate's satisfaction with Nactional, and if they're reading that it does - PLEASE call an erection.

NOwhere, given any issue - be it health/education/the economy/sowshil where fare/foreign polsy/the deafsit/Tex Ayeshun?/small buzniss /Key /Brownose/ Bennett/ Tolly/ that Education thing in a colourful suit pretending to have some sort of intelligence - the one married to Uncle Tom / could an electorate POSSIBLY be satisfoid with a currint gubbamint in their cheeve mints.
Teachers/Ploice/Jude Ishry/Hereth Prefshnils/Sowshil Werekas/ Ka Dem Niks/.
I suspect its really only those Mum in Dead Vestas with espray shnul embishun i hope that are droiving the polls.
To which I'd say if a Nact coitus got erected at an election tomorrow - last man out there's ekshly no need ta turn the loits airt. They'll go airt of their own accord soon nuff and I'll watch the Armstrongs and their ilk try to eek out a living from their gated community. I hope they've armed themselves tho so they stand a fighting chance - but I doubt it