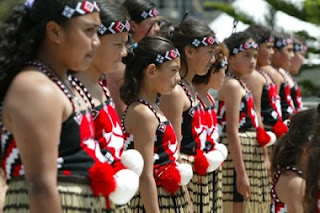 It is a pity to see the media focus on the protests at Te Tii Marae once again as being a sense of division, with leaders giving the impression that protestors should just shut up. The divide between discourses of unity and division depends on where you sit politically, and perhaps one of the most constructive things that we could do in a democracy is to accept that there are differing opinions on this. Waitangi Day is more often than not a day of national amnesia rather than remembrance, in that people cut out the events since 1840 in order to focus in on an originary myth of equal opportunity and representation. The fact that the Treaty basically sat in a rat-infested cellar at the bottom of Parliament for more than a hundred years before being pulled out is mysteriously forgotten by mainstream news, or the numerous grievances that extend right up until the present day in favour of a discussion that divides Maori into good Maori who assimilate and bad Maori who are positioned as filtering their reality through the lens of the past. Waitangi Day becomes reoriented to being an event in the mainstream where Maori must cede to the responsibilities of the Crown, rather than being viewed as equal partners.

The idea that all Maori should have to celebrate this movement is completely unrealistic - one only needs to look overseas to other indigenous groups who have been colonized to see that what is celebrated by white culture is often a day of national mourning for the indigenous groups. In this respect, it was sad to pick up the newspaper this morning and see David Shearer giving a prayer to 'New Zealand Day' rather than Waitangi Day, signaling that he perhaps promptly needs some upskilling on the local politics he has missed while he has been overseas, or that Labour are quite willing to bend to the Pakeha majority once again for votes while isolating Maori. Shearer's call that politics needs to be left out of the day signals can actually be read as political as it appeals to the cultural misunderstandings of the Pakeha majority while minimizing grievances.

The myth of New Zealand as having idyllic race relations is one that is deeply embedded in our culture. One only needs to look at the American sociologist David Ausubel's controversial 1960 work The Fern and the Tiki and its potent critique of the split between the veneer of fantastic race relations and the actual reality. The book argued that the Pakeha inability to comprehend Maori perspectives would create Maori movements similar to the NAACP in the US, successfully predicting the movements of the 1970s. We still have these myths today.

While Pita Sharples states correctly on TV3 that aggression or yelling on the marae is seen as breaking tikanga, it could be easily argued that this is a part of Waitangi Day. The difference in opinion between Sharples and the kuia can be seen in the way the latter group felt that Key should return to discuss and resolve the protestors' concerns. Honouring the Treaty is arguably slightly complex when Key has also previously stated his desire to legislate the Maori seats out of existence by 2014, ending the brief history of joint governance that the Treaty promotes. In achieving this goal, the Treaty functions much more as a legal mechanism to settle and silence these notions of joint governance rather than to continue it. In this respect, I agree with Race Relations Commissioner Joris de Bres' call for Pakeha to be generous in considering other peoples' perspectives. Getting good race relations is not about writing Maori concerns off in comparison to overseas countries, such as Shearer's comments, or focussing on the division with Key's comments around the protestors 'hijacking' his day. It is about accepting that there are different perspectives and Waitangi Day should be a day which we remember and think through these. Doing so is not ceding to a minority, it's accepting that you live in a democracy.

As a 62yr old Pakeha male growing up in BOP and Tainui and King countries, I have never seen a time when Pakeha and Maori understood each other in the "we are all Kiwi's way". I doubt there was much understanding between the two peoples when the double language double meaning treaty was signed. In the 1950's and 60's Maori I recall were trying to address grievances in Law Courts (law they had more faith in than Pakeha ever did) and through the Maori Land Court and Maori Affairs Departments. They were assured they were getting somewhere, but these mechanisms became another fraud.
I doubt that pre European tikanga was any where nearly as touchy feely as what we see today. Conflict and protest on the Marae were expressed with words and no doubt sealed and paid for with blood.
Now we have a PM (who was head of suits behind the anti terrorist Tuhoe raid) who has inflamed Maori by announcing before Waitangi Day he would remove Treaty stuff from his NZ Asset Sales paper work. Surrounded by body guards and backed up by goodness knows what other forces.
Clever political ploy or just plain dumb smug rich white boy stuff up?
He will use Maori discontent to smoke screen his other devious plans.
We heard him talking before the election about partial asset sales staying in the hands of Kiwi's mums and dads (yeah right they have got so much spare money after paying for services from previous asset sales) and Iwi's (to get back the money Govt had previously invested in them).

Me thinks he is ready to sign the country into another Treaty, Maori he has found too hard and too poor to deal with. The new Key to NZ Treaty will be with China. They can buy land here - we can't buy land there. Same with most Asia.

Have you heard of a Lease, John
We heard him call for accountability when things go wrong- from everyone else that is. Politicians are never liable for they stuff ups they make. Worst they can do is get a knighthood.