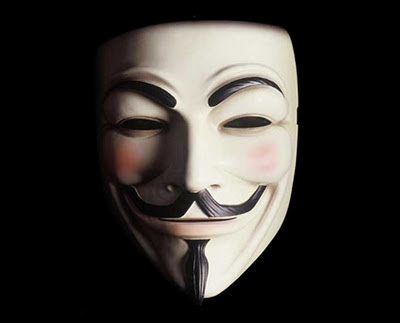 The NZ Police have over stepped their authority by such a margin, surely a short sharp shock to their online position by Anonymous is in order?

I am referring to the NZ Police censoring online medical marijuana site, Greencross. The NZ Council for Civil Liberties wrote to the Police last year demanding an answer as to why the hell the NZ Police are censoring online political sites, the Police response in December by District Commander of the Central District, Russell Gibson, was a joke...

My responsibility is to enforce the law as devised by Parliament. It is neither appropriate nor helpful for me to become involved in a debate regarding political issues.

From my perspective I am satisfied that Detective Sergeant Paroli was working within the boundaries of the law and his motivation was simply to close down a site which assisted/encouraged offending against the Misuse of Drugs Act.

...Bullshit! By censoring an online site dedicated to the political argument to decriminalize medical marijuana, Russell Gibson HAS entered the political debate and is using his Police power to decide the rest of us are not allowed to hear it! The Police have over stepped their authority by such a massive margin. They are not political censors, they are Police, it is not their role to censor anything!

Our Police forces despicable arse kissing to the US authorities in the Kim Dotcom joke of a case is disgusting enough, but when the NZ Police are actively censoring online material they don't like in NZ well beyond their actual authority, well that's when someone has to do something.

The NZ Police should count their lucky stars that this hasn't filtered out to Anonymous yet.

"From my [the police] perspective I am satisfied [the police action was justified blah blah blah]..."

No surprises there, standard response by the police to any complaint laid against police.

What do NZCCL plan in response?

Any one watched a doco called ' The Hemp Revolution ' ? It's old now but it hits most nails on the head . In the immortal words of Barry Crump . ' There's no such thing as dangerous drugs , only dangerous drug users . ' My mother in law and I were attacked by a drunk young guy on New Years Eve . He ran from the neighbours next of a friends house we were visiting and chased us down the street until he caught up on us then he tried to go all David Tua on a 72 year old woman and I .We'd never met before . I have no idea why he decided to chase us but he was DRUNK , Mr Policeperson ! ! Not stoned . I've never been chased by a stoned guy unless perhaps he wants to share his ice cream . The Pot laws are a lie . All drug laws are lies . ( Anybody seen a brilliant TV series called ' Breaking Bad ' ? ) The relationship between our politicians and our cops , the US DEA and us are held together by a frame work of the best lies you can get on the street . What Bomber's just pointed out is disgraceful and it only serves to further erode the good reputation of New Zealand's police force . We need cops . There's no way to argue around that . If you don't think we need a police force , try living in a country without one . If we don't take care of our police force , they'll just become strong-arm thugs for Banksters and Insurance racketeers . Or has that already happened ?

Can't see Anonymous doing much more than a DDoS attack, frankly.
Now if they could do some real damage, we'd be in business.