Why we need to sell Crafar farms to China 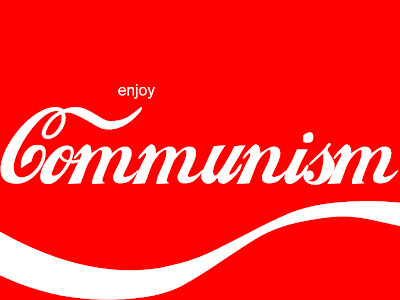 So John Key has finally managed to find the guts to tell NZers what he had quietly decided to do some time ago, and that is to sell the first beachhead into NZ Dairy farming by allowing China to buy the Crafar farms. The OIO withheld their decision for 9 months so that it would occur this side of the election so Key didn't have to fight the election on it.

Some on the right in the blogosphere claim attacks on China is racist - what nonsense. We are allowing a country that arrests artists, bloggers and Christians for worshipping Easter to have more power over our economy, having concerns about a totalitarian nation owning our productive land isn't racism, it's legitimate.

Some will point out that China only owns 1% and that we never bitch about Australia or the US owning us, that's a ridiculous misrepresentation because I don't want those buggers owning NZ either!

For Key however, the decision was easy. He is our first true internationalist Prime Minister, he doesn't see issues in terms of sovereign nations, he sees it in terms of currencies, 24 hour global speculative trading and how much total milk powder we sell to China.

Key has no choice but to sell Crafar to the Chinese, the shocking free trade deal he is cutting with the American's where he is effectively signing our economic sovereignty away to US corporations means he has to placate China to some degree.

By making NZ America's pet, Key has to pacify our massive Chinese trading partner whose recent resource grab has so insulated our economy.

By selling us out to America's interests, Key has managed to weaken our ability to resist China's.

That sound you hear is David Lange as he rolls in his grave at what National has down to our independent foreign policy.

typo in the last line, otherwise great article, your analysis makes a lot of sense

If this decision really was delayed until after the election is my view that this last election has been won under false pretenses. (..er...Even more so than normal)

This is like being taken along on a horrific fairground ride, that I haven't asked to go on; watching these piss poor approaches being applied to our economy, approaches that have already failed in other countries, just because a percentage of us leave ourselves wide open like horrendous wide-eyed gormless cherubs swallowing every cheap trick in the book of opinion manipulation.

I really wish that NZers and NZ Government would pull their fingers out of where ever they have them stuck in (ears? eyes? arses?)

At a time when Labour could have had an easy victory, the decision is made to propose something as contentious as lifting the retirement age. My guess is people probably found that even more revolting than selling our assets. Which says a lot.

We, however, had plenty of choice in this last election and I'd like to take this moment to thank the NZ public for being so fucking dense.

China buying the Crafar farms racist? I bet if you asked many here of Chinese descent whether they’re happy with this sale, the answer will be no. Particularly as many are descendant from Chinese immigrants who escaped the onset of communism in China, nobody sensible wants to play bedfellows with totalitarian perverts.

Cool! Obviously you have access to details of the, as yet un concluded, TPP.

well as you know X, the details are secret, however Wikileaks shows us we are getting nothing out of the deal, I did interview Tim Grosser the negotiations minister in what was his longest tv interview on the issue and Jane Kelsey who I touched base with at the Labour Party Summer School has done most of the work on this.