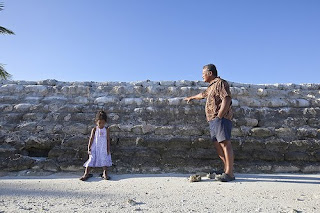 About a year ago, almost to the day, in this column, you may recall a bold prediction, fearlessly made. But lest you don't, which is highly likely, since most of us wouldn't remember a Higgs bison if we saw one in a game park, here it is again, much as it appeared 12 months ago:

If you're worried about all the things you have to worry about, cheer up. Here's one thing you won't have to worry about any more. Global warming (remember, this was a prediction) will be the Great Disappearing Act of 2011. It will sink like a stone, exit stage left and generally melt away. Whoopee!

Inspired by the sneaky leaking of all those dodgy East Anglian emails - proof positive of scientific fraud, collusion and deceit - the prediction relied on one basic assumption.

Journalists never admit they're wrong (see phone hacking). They just stop being wrong. When caught with their sceptical pants down and the spotty globes of their credulity exposed, they simply drop the story and move to something else.

Which is precisely what's happened. Global warming has left the building.

Sometimes you open the newspaper and wonder if people wrote their column in a vacuum. Today is one of those days. Jim Hopkins has, without any research, managed to dismiss a wide body of science. Of course in an opinion piece he's allowed to demonstrate his own ignorance, but the only climate deniers I respect are ones that try, in spite of the overwhelming evidence, to research and prove their claims. Like pro-Gaddafi white loyalists (of which there are a surprising amount), they garner together fragments of information to try and create master conspiracy narratives. Yet Hopkins does not even do this, he just pulls together things out of thin air.

However, his opinion piece is worthy of note because he demonstrates some of the most common misconceptions of climate change in that it is simply global warming and we can verify it on temperatures in their own nations year to year. The fact is that the weather patterns it causes are very complex and it is associated with extreme weather events. Regardless of whether you believe it is man made or not (the latter I have strong difficulty with their beliefs), the fact is that there is enough evidence that it has not dropped out of the picture, quite the reverse. While the latest round of climate negotiations were a mess due to the split between industrializing and developed nations, and the pressure from polluting lobbyists on the latter internally to negotiate a difficult economic climate, the fact is that climate change is very high on the international agenda. Many countries, including Australia, have prepared defense reports into the effects that climate change is likely to have on migration. I myself have worked across the Pacific with people that are affected by these changes, and a rise in temperature of 3.5 degrees as predicted from scientists is not something to be celebrated at all. This particularly affects Pacific nations and threatens their sovereignty, such as the people of Tuvalu who are currently looking for a new nation to live in due to the salination of soil in which they grow their crops, the people of Tokelau who are running out of water, the people of Papua New Guinea who are losing their beaches, the people of the Cooks and Tonga who are facing more frequent tropical cyclones as the belt moves westward, or the people of Kiribas who are building seawalls as much of their land is only 3 meters above sea level. This is only the beginning of the list of things it affects - when I was in Vanuatu last year people had noticed massive changes in the behavior of their crops, listing about 100 crops that had changed in the last few years alone. Across the Pacific it means the poisoning of ground water, more coral bleaching which leads to increased outbreaks of ciguatera, an algae that affects the nervous system and can be lethal to humans, leaving people scared to eat the reef fish that was once a large component of their diet. Increased instances and severity of tropical cyclones means that crops are affected, as in the one to hit Tonga last year which left them without a third of their breadfruit crops and severely impacts on the ability of nation states to grow agriculture for trade.

There is a reason why international bodies are discussing it, and it is not because of the alarmism of a select group of scientists. Hopkins refers to the so-called 'Climategate incident' where skeptics hacked into servers and stole e-mails, alleging that it demonstrated scientists manipulating evidence. Well, six separate committees investigating this found no evidence of fraud, merely an honest exchange of ideas.

It is really imperative that we get some good information circulated through our mainstream newspapers on this. The skeptics are few and receive far too much attention. But most scientists agree it is occurring. Regardless of whether you believe it is manmade or not, the first step is to have at least a little respect for the peoples for whom this will have dire consequences. We live in the largest Polynesian city in the world, so you would expect that this respect would come from here first.

As Jim Hopkins has seen the light, a big thank you also to Garth George for brilliantly exposing the true & sinister Green Party agenda which is to wipe out humanity through euthanasia programmes, same sex adoption and abortion (NZ HeraldDec 15, 2011). Undoubtedly, once all the elderly & the unborn are killed off by Green Party policies, the earth will eventually be restored to the control of creatures of the fresh waters and leafy trees. He implores us to be vigilant & not be taken in by Metiria-chubby-cheeks-Turei, as she is really a true harbinger of the destruction of humankind -including all Green Party members presumably – how truly devious. Thank you to the NZ Herald for promoting such intelligent analysis and endorsing the Fox Channel’s style of reasoned and fair political comment.