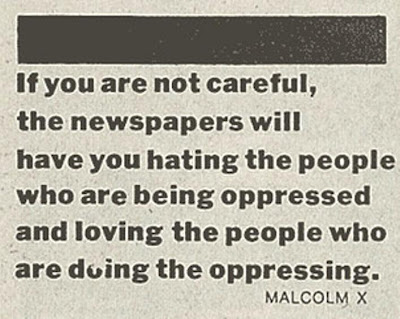 The mainstream punditry of NZ are doing their usual job of polluting the media with their claims that it was a 'close debate' which of course utterly ignores their own hand in spending the last 12 months of denigrating Goff.

The reason Goff won last night is because the right wing echo chambers have spent the last 3 years doing all they can to destabilize and discredit Goff, so his performance last night managed to stride past all of that to debate the issues.

Well, with those handicaps implemented upon him by the mainstream media and right wing attack blogs, him getting 'close' is actually a hell of a victory, it's like Japan winning the RWC.

I love how all the mainstream punditry utterly ignore their attacks on Goff now it's convenient to forget about them to talk about a 'close' debate.

By being a 'close' debate, Labour is now out of the below 30% meltdown doomsday fantasies of David Farrar, which should make National nervous, because all Labour need to do is get close to what they got last election to be competitive in this election.

iPredict is predicting National at 46%, the last flawed landline mainstream media poll claimed National was at 53.3%, I'm going to love how the mainstream media and their baby boomer pundits squirm to explain how close this election will be on election night.

The problem with these debates is that many people watch them with their minds made up. In other words, if you are of the left you will naturally find yourself nodding when Goff speaks and cursing when Key speaks. Get to the end, and you feel convinced your team won (because you agreed with them).

My gut feeling is with the margin what it is in the polls, Goff had to destroy key. He didnt. Therefore it doesnt matter. Its not a game changer.

The problem with your analysis though Scott is that it requires believing in the landline polls giving Key 53.3% of the vote, where as the iPredict market is saying 46%.

Either way, the lead is still big. I dont think he is at 53%. But he is still massively ahead. And Goff didnt do enough to close it. Even if you think he won, it was a victory on points, not a knock out. And he needed a knock out.

Phil Goff radiated sincerity. John Key looked like a slimy used car salesman! His use of the word "ekshilly" in virtually every sentence really got on my nerves. The kinghit I feel was when JK talked about a "dinamic environment" when asked about lying! Goff said it was never ok to lie! Sums them both up really!

Did anyone happen to see the commentary on TVNZ’s Breakfast show this morning?? …Oh …MY …God! …What a load of blatant bullshit. The “expert” (I don’t know who he was) said if listening to it on radio it was even, but watching it Key won it, even likening JK to JFK… I kid you not! I spat my morning cuppa out. The best part however had to be his offering his advice for Goff to “back off John Key” and that “it’s not a good look when people criticise Key” …wow, just wow.

Theme of post-debate "analysis" from mainstream media is again "personality" - they have used "personality" for the last three years to avoid discussing policy and issues where Key and National have failed miserably. Media even now does not want to put in print what Goff said about John Key's failures - that is why now the tack is changing to "I wanted to hear more about what Labour will do rather than all the negativity". Really? An average voter wants to hear where the govt of the day succeeded and where it failed. John Key has not got any success and all the failures and we want a discussion of his failures and get answers from him what caused these failures. Did his tax cuts deliver what he promised they will? Did his education policy deliver what he said it will? Did he stick to his promise that there will be no downsizing of government jobs - only a moratorium on new hirings? "Bright Future" indeed - a bright future only for himself and his less than 1% rich buddies.

Either way, the lead is still big. I dont think he is at 53%. But he is still massively ahead. And Goff didnt do enough to close it. Even if you think he won, it was a victory on points, not a knock out. And he needed a knock out.

And this is where we disagree, I think the landline polls, as has been proven with the brown-banks, Hone TTT byelection were well out, so I put the number much closer to 46% for National, and it will close, 45% was a high tide mark for National.

You are confusing Key's popularity to people supporting National policy.

Goff held his own despite the writing off, he doesn't need a knock out, he needs to hold his own and win the argument.

In terms of ipredict, and the small parties, ACT and United are certainly being gamed, but that just means there is money to be made by shorting those ridiculous punts.

I stick by what I said 12 months ago. Key will win, relatively comfortably, because he is popular, there isnt a mood for change, and we dont throw out 1 term governments. RWC has put the country on a high - politics isnt front and centre (look for Graham Henry to lead the news tonight), the conditions arent there for change.

We will see in a month how accurate the polls are. Banks Brown was wrong, but they were polling a new election (supercity) without data for turnout etc. The polls were right in 2008, and we will see soon.

Do you think Goff can win? Really?

Yes, I REALLY think the election will be much, much closer than the mainstream pundits are predicting, you are also ignoring the TTT byelection result, and suggesting that the SuperCity was a new electorate misses that the msm landline flawed methodology failed so badly not because it was a 'new electorate' but because they couldn't ascertain the actual voter turnout in the poorer suburbs.

This recession has been steeper than predicted, the electorate of poverty is wider than accepted and their opinion isn't being registerd.

I stand by my prediction the election will be down to the wire and that the National Party will find few coalition partners.

Do you really think National will get over 45%?

I tend to agree, that if Goff even made a scrap of it, it's in his favor. Key really doesn't like to scrap, it's plain as day that he's a mixture of a smiley face and a back-room boy.

But sdm is right, most people already made their minds up, and confirmation bias is a bitch. I try really hard to avoid it. The question is really about how swing voters would see the performances.

On that, I don't know. I guess I'd say swing voters who were leaning left might have felt pleased to see a leader who was prepared to actually be an Opposition and scrap it out, thus generating a choice for them, rather than what Key was angling for with his little cry over "I don't call you a liar, I respect you" which was a call to have a nice gentlemanly fight that wouldn't mess up his face.

One thing that I think came through pretty clearly though to anyone paying attention to policy, if that is what they really want. National has exactly one idea, asset sales. There is nothing else there.

Yes I do. I dont think we have felt the full effect of the 2nd recession, but if Europe tips it is coming. Still 6 months away. 6 months too late for the left.

I dont think voters are that engaged - and that is good for the status quo. Labour has captured the agenda, but they dont seem to be more popular than they were 3 years ago when they got 34. I see them around 30.

Key may order Epsom voters to vote for Banks, and they will do that they are told.

Smiling and Waving is popular. When the electorate is disengaged, thats all that you need to do.

The Greens could top 10%, but they have always dissapointed on election day - their vote never gets to their polling numbers.

National run out of coalition partners in 2014, which is why I am stunned they havent come out hard against MMP

Clearly, describing Goff as a drunken sailor is Key's figure of speech du jour. Previously, Key talked about magical fairies with a printing press at the bottom of the garden. God - how much does Textor/ Crosby charge for suggesting this hilariously bad figurative language?

Then again, maybe the embarrassing figures of speech will go down a treat, if people are as thick and apathetic as sdm suggests they are… "RWC has put the country on a high - politics isnt front and centre (look for Graham Henry to lead the news tonight), the conditions arent there for change...Key may order Epsom voters to vote for Banks, and they will do that they are told...Smiling and Waving is popular. When the electorate is disengaged, thats all that you need to do" Scary stuff.

As an aside (and I have mentioned this before) – why is TVNZ’s election logo blue? Why was the background behind Guyon Espiner on last night’s leaders’ debate blue? Perhaps there is a technical reason for this e.g. something to do with lighting. I don’t know. Maybe someone out there knows the answer. I do think that the state broadcaster should use a politically neutral colour for political coverage, rather than a colour that is immediately identifiable with one of the two main parties.

The Greens are always hampered by the fact that their core vote in the polls come from many who either don't vote on principle (what principle that is I can't tell) or are too apathetic to get out and enroll. Thus they always lose votes on the night.

I agree with SDM, Labour's vote will be too low to form government- something unusual will need to happen to give them the numbers. The media are doing NZ a disservice by ensuring this incompetant govts survival.

Having said that... National are running an appalling campaign. they have no coherent policies and their claim that they have a plan is laugable (check out the Deloittes Business survey on what business think of their plan).

We will get the worst result possible. National will scrape back in and become a lame duck govt. Key's straightjacketing of himself on the Super age, taxation and asset sales will mean that he will not survive until 2014.

Hopefully this will eat into the way the Nats are perceived even more.

Oh my God ! I'm getting a head ache from all this analysis . key ( Apple ) goff ( pear ) , compare the two and whadya get ? A leopard wearing spirals and circles ? Nah ! It's the same old spots I'm afraid . If one were to build a second Bee Hive and have all political wannabes in power , you'd still have the Corporate Regime pulling the strings . It will not matter who wins ( read those who most successfully bullshit their way into ) this farce . The outcome will be the same . It will be the same as it has been for the last forty fucking years man ! All this prediction and percentages shit ! It's like you guys have only just arrived on Earth ! This freak show is a facade ! The real power is unstoppable and unchangeable . It's the dark side of a good thing . We all hope and some pray that some one out there , a rare gemstone on a grey beach , who once in power will do the right thing by us . I have yet to see that person .