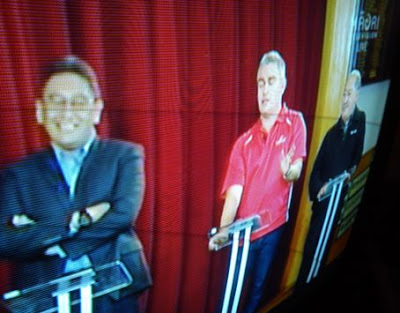 Hone won and he did so convincingly, getting the crowd on side several times in a way the others did not and could not. Kelvin was nice, and came second. Solomon Tipene fulfilled his promise of befuddlement and was a distant last. That's how the by-election result is expected to pan out too.

The Native Affairs special is not online yet, but I took a few snaps just in case. The ubiquitous Julian Wilcox hosted with his peculiar phrasing to the fore. His over-emphasised intonations were spectacular - like our own version of William [pause] Shatner. He did a great job of moderating: controlling the increasingly vocal audience at Northland College hall in Te Reo and demanding answers to questions in a forceful and professional manner in this "Town Hall" format.

They had polling results throughout, but the main one was 'who will you vote for?':

I can't see how Davis can be anywhere near that close. I've met Kelvin before and he's a genuinely nice guy, the type that wouldn't hurt a fly; which is his weakness in the game of politics - no killer instinct. At one point near the end he went on about "weaving that magic" over and over - lovely sentiment, but not exactly on message. The second weakness he cannot overcome is he's in a safe Labour list position and so voting for him will be a net loss to Maori representation in the House. Being a nice guy can't cut it and the 'personality' question is a good indication of it: 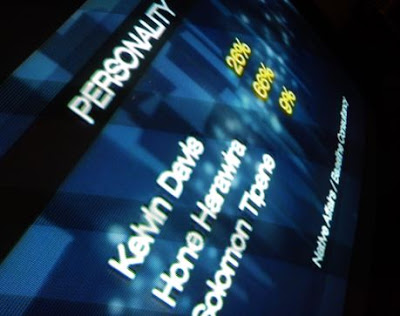 But it's not all skittles and beer for Hone either. He has to compete with no parliamentary services picking up the tab, unlike the Labour Party who have poured in their MPs and staff in the time honoured rort. Half the caucus just happen to spontaneously find their way up North? On legitimate parliamentary business? It is grossly unfair. It gives a massive advantage to the big parties and the taxpayer picking up the bill for these movements of massed forces has to stop. 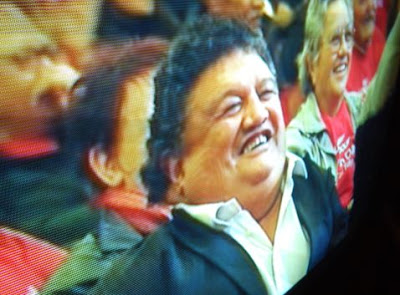 The other poll result of interest was for the party vote:

As Hone said when he congratulated his team on that result it is remarkable that at this early stage, without the party even being registered, it is within 15% points of Labour and almost even with the Maori Party. The Maori Party - despite Tipene trying to say the major loss is from Labour - has been fatally eroded in the North. Tipene's other desperate line - and the kiss of death to that party - was that the Maori Party will work with anyone. They had a poll on preferred coalition partners too:

And just in case Tipene's audience didn't get the hint that 'work with anyone' means they support National, in the same breath he remarked that 28% was a good result for the Nats and that it wasn't that high before the coalition agreement and he was trying to say the Maori Party can take credit for that saying he's happy "working very closely" with the Nats. Why would he even bring that up!? It's poison to hear that - toxic. The Maori Party's main weakness is their close - and subservient - relationship with the Tories and the Maori Party's official line (now they have no competent advice) is to campaign on it. Matt McCarten must be overjoyed they have magnified that strategic error into a party line.

Even if the margin between Hone and Kelvin is relatively close the Maori Party are still in for a real hiding up North and the Mana organisation should be quick to push the advantage. The flaxroots branch collapse of the Maori Party happened over April and May, but the central body are slowly starting to reform locally with what's left. After the by-election however they will be at their weakest and that is when the pressure should be applied.

its blatantly obvious that the Maori party are gonna get wiped off the map.....

Hey John Key, It’s time your Government grew up over New Zealand and gave in to the Green and Mana Parties. It is like a

war now to save our land from The New World Order, to be run in NZ by the traitors National Labour and Act, lead around virtually, by a money

manipulator – John Key, hiding behind a big cheesy greedy grin, which does not fool Mana and the Green Parties for one moment

Mana and the Greens join in saying loudly:-

“Stop selling off our resources, to stay in power, John Key!”

Our Mana Party and our Green Party marching together against Imperialism and theft of our resources http://www.michaelparenti.org/Imperialism101.html
Mother Nature is so happy!

Real People of the Land fighting side by side, literally for life and our children’s future…