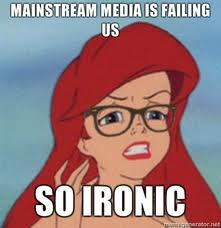 Hi. How you doing?

Now I know in the past I've been a bit of a bitch about the NZ Herald.

I've teased you about your conservative bias, bullshit Journalism and the impression that Steven Joyce sub edits the entire newspaper for a very long time now, but being the largest daily newspaper in this country, you are all we have. You've been gracious enough in the past to print some of my letters and what you do sets the journalistic benchmark for the rest of the country, so I sincerely hope you listen to what I have to say, consider it and get back to us.

I'd like to question the appointment of the far right masquerading as right lite blogger David Farrar as your weekly columnist on politics. David Farrar is the unofficial mouth-piece of the National Party on-line and is a pollster for the bloody Government. Farrar has nothing more to add than massaged message points he's focus group tested on the National Party Research Unit!

That you want people with opinions is fantastic, and I applaud the widening of the political debate to include bloggers who are increasingly making their influence felt, but to hand a column over to the Government's number one propagandist without any balance whatsoever is just not acceptable from the largest daily Newspaper in the country.

I don't question your right to pick whom you like, that is a right any free press has, but the utter imbalance by selecting the Government's number one propagandist to review the political week leaps outside any boundaries of balance.

May I humbly suggest that you at the very least put a left wing blogger alongside David's weekly comments so that there is balance because allowing the current situation to stand, allowing the number one propagandist for the Government to write a weekly column without any counter opinion is more Fox news than NZ Herald.

There is a plethora of left wing bloggers who could write a week in politics column, the brilliant Idiot-savant at No Right Turn, the genius of Russell Brown over at Public Address and let's not forget the liberal lion of the council of socialist Ents, Chris Trotter. If it is an issue of cost, I am certain someone like David Farrar who takes such effort at painting himself as moderate and reasonable will gladly accept only half of what you are paying him to share it with a left blogger for the sake of a balanced debate.

This election is going to be the most ideological we've had in over a decade, to simply allow a right wing Government pollster to write your week on politics betrays any journalistic balance whatsoever. I know that is a position the NZ Herald wouldn't wish to support and so I call on them, for the sake of balance to appoint a left wing blogger to review the political week alongside David Farrar.

Appalling hire, the freedom of the press indeed resides mainly with “them that owns one”, and to some extent these days, bloggers. Although I am increasingly convinced that a number of Don-Key people are paid to blog, or allowed to blog at work.

While there are bigger issues like turning out voters for Mana, a sticker camapaign (to be placed on papers) against the Herald would ‘nice to have’.

How would you get the stickers onto the papers in any large scale way?

Yes a big year ahead and the last thing we need is propaganga pretending to be unbiased - the leftie sounds like a job for you Bomber.

I agree with you TM about the planted commenters. As I spin around the blogosphere it is interesting to watch the same type of comments come up on different blogs under different names. It would be interesting to know how many real people and how many paid people are out there commenting but in election year it's to be expected i spose.

Trotter is in the newspapers/on TV on a regular basis and you and R Brown have, or at least have have TV programs of your own .. you know as much as most, that David maybe a Nat man BUT he does what you raving lefies seldom do, and that is critise mistake made by your own party.
he won, you lost, eat that .. or should I say Diddims

I know the master strategist behind the No Mana Party blogs there. Perhaps DPF could write with him.

Jabba, there is a very big difference between Russel Brown having a show that deals with the media and Bombers shows which state their political bias overtly and a known partisan being presented as an unbiased commentator in the country's most influential newspaper.

You're analysis is weak, or are you part of that spin machine we're talking about?

Ahh AAMC...DPF's connection to National was linked there for all to see.No one who takes an interest in NZ politics is unaware of David's history.Try again.

Sour grapes Bomber? Were you so pissed by ClusterFarrar's column that you didn't get as far as his disclosure statement at the foot of it?

And are you as outraged at Matt McCarten's weekly Herald on Sunday column, given that you and he are involved in setting up the same party? No? Thought not.

Sour grapes Bomber?
That's not fair Inventory2, I listed who the replacements should be and even linked through to Handmirror, the feminist blogsite because there are excellent bloggers there as well. My issue is regarding balance in an election year as ideological as this one will be, and what the NZ Herald does makes a difference. They are risking being as fair and balanced as Fox News by appointing the number one Government propagandist and pollster as their weekly political reviewer.

Were you so pissed by ClusterFarrar's column that you didn't get as far as his disclosure statement at the foot of it?
You seem to have missed my point. I am not challenging the NZ Herald's right to appoint whom they like as columnists. That is the ultimate right of a free press, what I am demanding is balance from the NZ Herald. Again, as the largest daily newspaper, they set the standards for balanced journalism in NZ. This is so far from balanced it makes Glenn Beck look reasonable.

And are you as outraged at Matt McCarten's weekly Herald on Sunday column, given that you and he are involved in setting up the same party? No? Thought not.
As you will note, Matt's column goes up against Deborah Coddington's column, you'll remember Debs as a former ACT Party politician. You know ACT eh, that far right party? So no, you can't use Matt as an example Inventory2 because he's actually an example of what I'm talking about! In that case, there are both sides of the political spectrum represented.

Your argument has no foundation.

The problem of coarse James is that the majority of the electorate don't take an active interest in politics and so very likely on reading his column are totally oblivious of his history and take for granted the notion of balance in their press. A quaint notion I know.

the impression that Steven Joyce sub edits the entire newspaper for a very long time now,

Well, I'd be surprised if Joyce was to edit something like this in today's paper.