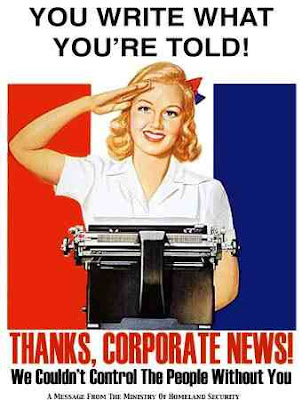 Hello Sinead, as the Group On-line Editor of stuff, can you please detail the process i can use to complain about your smear against Hone Harawira? You misquoted Hone on your stuff web page and then re-edited it later, I would like to know who I can complain to about this?

Hone said in his interview that “they [bin laden's family] mourn for a man who fought for the rights, the land and the freedom of his people”.

However the Stuff website totally misreported and misquoted Hone by claiming that Hone "celebrated Bin Laden's life", you later edited this story to 'celebrate life'.

This despicable misquote and quiet re-edit of your own story on line can not be allowed to stand by unpunished.

I've posted this question to you on my blog, and I await your reply.

This matter has been referred to me as the editor of Stuff.

You’re correct in that this report was edited as part of the regular updating of our copy during a developing story.

In this case, the word ‘his’ was removed to better align the copy with the translation provided by Te Karere.

However, I dispute there was any “despicable misquote” as you say. The entire interview was about Mr Harawira’s thoughts on the death of Osama bin Laden so his response was therefore in relation to bin Laden.

For your interest, Stuff has a policy of being upfront about corrections. We put our hand up when we get things wrong and mark stories appropriately to indicate where a correction has been made.

I don’t believe, however, that this was such a case and it was more a matter of ongoing additions/changes/improvements to a report.

I have replied to Mark saying his excuse and continued manipulation of what Hone said is unacceptable and I have made an official complaint to the Press Council.

The process for complaining is here.

Misquote? Distortion, more like. Won't be the last either, they're gonna hammer, screw and distort any minutely negative word Harawira says until it borders on nearly being a lie. From here on until he retires, Harawira seriously has to watch what he says around these media jackels.