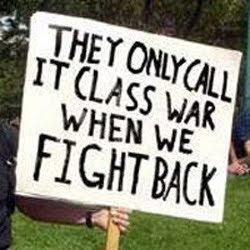 Harawira to launch 'Mana Party' this weekend
Firebrand MP Hone Harawira is gearing up to launch a new political party to contest the November general election, this weekend.

The 'Mana Party' is expected to be officially launched on Saturday.

Left wing political pundit Matt McCarten has been lined up as party president and ex-Green MP Sue Bradford and lawyer Annette Sykes are on the list of potential candidates he hopes to woo, Newstalk ZB reports.

The party has yet to decide how many seats it will contest, or whether it will concentrate on his seat and winning party vote, Mr Harawira said.

He said the Mana Party moniker would not last and a permanent name would be decided in a competition.

As I called in in November of last year on TVNZ7's Backbenchers, if Sue is on board, the broader appeal new left Maori party is up and running.

With a broader appeal party, Hone could bring in the extra seats to change the Parliamentary math in a down to the wire election. With a Brash Key Government looming, there's never been a better time to be active.

Cough, cough. For the detractors who detracted, it's hat eating time.

Would Cactus Kate, Whaleoil, Heine and Chris Trotter like some tomato sauce with their hats?

Another party to perpetuate the "poor"-is-a-lifestyle-option mentality.

You political commentators hack me off. For all your expertise in the area, you still talk about the quirks of the system like the overall system works. You're utterly caught up in your ability to talk shop that you overlook the underlying problem of the issues you're whinging about. The bloody Westminster style of governance is an antiquated and irrelevant pseudo-democratic system that doesn't work with tikanga 'maori'. And 'maori' bending over backwards, compromising, and putting themselves in confusing situations in order to adapt to this bs system are simply embarrasing themselves. rangatiratanga? yeah right, still niggers in the western game.

The 'Mana' Party can save itself some putea by dusting off the Mana Motuhake paraphernalia and painting over the Motuhake. That's once Willie signs up. What a flippin joke.