Did Impey sing 'thank you very much for your kind donation' when Key said yes to Mediaworks $43million loan? 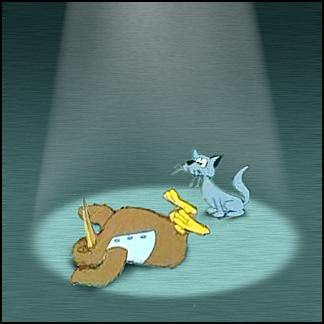 So John Key meets Brent Impey at the Telethon (a meeting Key originally denied having) and after that conversation Key decides to reverse MED advice and give the corporate owners of Mediaworks a $43million loan they didn't actually need? Please for the sake of a laugh I hope Impey sang 'thank you very much for your kind donation'.

That $43million could have run TVNZ7 for 6 years.

Idiot Savant is doing an incredible job now he has the Official Information Act documents and from the Cabinet papers and he paints a picture of them being told that Mediaworks would collapse...

The new option recognises a worsening of trading conditions in the recent economic recessions hat has reduced cash flow from advertising revenue. One of the major licensees (MediaWorks Ltd) has broken existing banking covenants, as the gearing by its offshore parent company Ironbridge Capital Ltd was arranged in better market conditions.

..Savant points out that this had been previously debunked by Deloittes' financial modelling and that this is the first time this crises has even been talked about.

Effectively Joyce spooked the Cabinet into bailing out a company he once owned. If Labour had pulled his shit, the NZ Herald would be printing guides on how to make molotov cocktails alongside the addresses of all Cabinet Ministers.

The silence is deafening from the mainstream media on this issue, cosy deals between the CEO and the PM are not how you run a country, that's how you run the mafia.

and let's not forget that it's media works' stations that give the airtime to qualify Annabel (whats the name ..Fay's) trashed out spelunk for a NZOA grant huh?