Len, isn't it time to bring back the Hero Parade? 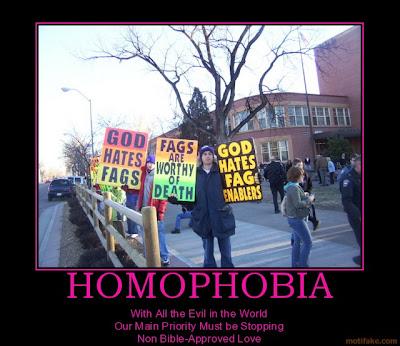 I've never really understood homophobia, (I'm not clear on sexism, racism or other types of basic bigotry either), but in this day and age the very idea of hatred towards consenting folk who may fuck differently from me just seems bewildering, and yet here we have it...

Hate crime shatters couple's lives
A lesbian couple are thinking about abandoning their home after a vicious hate crime.

Anti-gay slurs were scrawled on their house and car, and their business was left in ruins when an arsonist torched a packing shed on their property.

Juliet Leigh and Lindsay Curnow have lived in the seaside community of Mangawhai Heads for seven years, running a successful floral business, Blooming Bulbs, from their backyard.

In their mid-60s, both say it's always been an inclusive community and their sexuality has never been an issue.

But two attacks in a week mean they're contemplating moving on and closing the business.

Attacking people like this is as cowardly as desacreting Jewish graves or mutilating puppies, what drives people to hate like this is well beyond me but I do ponder if our lack of public support to the Gay community is part of the problem?

The AIDS foundations basic belief was that if Gay people were able to bypass all the hate thrown their way and loved themselves, then they would wear condoms and protect both themselves and their sexual partners. The public expression of this joy and respect became a feature of the Hero parade and I wonder if we have lost some of that by not having the Hero parade?

The Gay Blade certainly thinks so...

there was a huge amount of good that came out of Hero.It made us visible, it gave us a reason to take pride in being queer. Visibility matters, and so does pride. Hero when at its best and strongest was inspirational. I doubt we can recreate it, not sure we should even try, times have changed. But its underlying message is still right on the money. We need to take pride in ourselves, we need to find ways to pass down to new generations the experience and wisdom we have gained, and yes, we still need to explain that being gay is perfectly normal and nothing to be ashamed of.

That's a great idea. We're a more tolerant society than we were last time the parade was held, so I expect it would be a big hit.