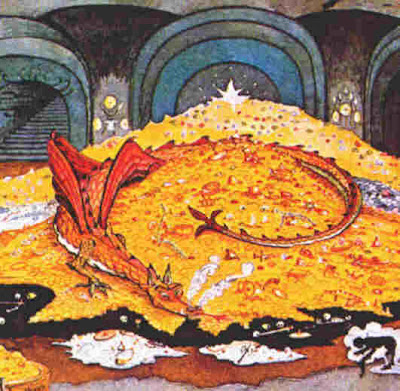 Emails undermine studio's claims about Hobbit strikes
Warner Bros and actors' unions were ready to bury the hatchet at the beginning of this week but the studio was today still talking about its fear of industrial action derailing The Hobbit movies, a series of emails shows.

The films' backers are Warner Bros, MGM and New Line Cinema, which have been at odds with the unions NZ Actors' Equity, Media, Entertainment & Arts Alliance (MEAA) and the Council of Trade Unions (CTU) over actors' contracts for the US$500 million ($669m) production.

Warner Bros representatives will be in New Zealand next week "to make arrangements to move the production offshore", the movies' director Sir Peter Jackson said today.

The backers were "now, quite rightly, very concerned about the security of their investment", as the dispute between the actors and the studio dragged out.

However, a series of emails between Warner Bros and the Screen Actors' Guild (SAG), sighted by NZPA, showed the two parties were discussing the wording of a press release announcing the settlement of the dispute from as early as Monday, US time.

Yet this morning, New Line Cinema said in a statement that reports the boycott of The Hobbit was lifted by unions a number of days ago and that Warner Bros asked to delay this announcement were false.

Well, well, well. What do we have here, emails clearly pointing out that Warner Bros had their assurance from the Actors, but they are still claiming they don't despite the emails showing they did. Why is that? Because this has NEVER been about the bloody Actors and it has had EVERYTHING to do with Warner Bros muscling the Government for a higher Tax Rebate.

Those NZers who have been so easily manipulated into jumping up and down screaming it's all the Actor's fault/Unions fault/Helen Kelly's fault, have been played like stoned Hobbits in the Shire.

Let me write the script for the rest of the Hobbit now. There's a bullshit John Key arse kissing pretending to be a 'positivity' march next week, to coincide with Warner Bros arriving, John Key gives them the higher rebate, he 'saves' the Hobbit, looks like the great 'deal maker' all the while damning the Unions. Simple minded NZers lap it up and the real issues of working people highlighted by the 15000-22000 protesters at the beginning of the week are totally eclipsed by Union bashing hysteria.

This was NEVER about the Actor's, it was ALWAYS about the tax rebate.

NZers are so easily manipulated and led in this country when it comes to a good old fashioned Union lynching, I wonder if Peter Jackson will add most of reactionary NZ into the Cast credits at the end of the movie?

Oh and so we get the fucking timetable straight as so much spin has muddied this debate - FOR THE RECORD the Actors had asked for a collective agreement before the boycott has been issued, the lie spread so far is that it was the Actor's opening gambit and 'what else did they expect'...

Last month, Actors Equity arranged an international boycott of the movies when Sir Peter refused to hold talks on a union-negotiated collective agreement on wages and conditions for local actors.

Sir Peter said a collective agreement would expose his company Wingnut to unfair liabilities and sanctions under New Zealand law.

The studios backing the film said the actors would be employed as independent contractors, with pay and conditions based on the local industry's standard working conditions.

The Screen Actors Guild and British actors joined the work blacklist of The Hobbit, which is expected to include Sir Ian McKellen reprising the role of the wizard Gandalf from the Lord of the Rings movies.

In a statement posted on Wednesday on its website, the Screen Actors Guild advised members it had lifted its blacklist on The Hobbit after advice from the New Zealand union and that members were free to work on the film.

...and that Wednesday statement was after the Monday agreement between Warner Bros and the Union.

The angering thing is that if John Key had simply made the argument for a higher tax rebate for The Hobbit, he could have convinced most NZers, sure it would be more corporate welfare when he is slashing domestic welfare, but we all luuuuuuuuuuurve the Hobbit, so he could have made the case on pretty strong interventionist grounds, but instead John Key has decided to be as divisive on the Union movement as Robert Muldoon was with the Springbok tour.

This whole story started smelling fishy a while back. You are right & the level of analysis provided by our media from campbell thru to the the print media is laughable.
Jackson & Walsh make me sick & Key is uttelr predictable.
Robyn Malcolm is a star!

Plausible analysis given the avarice of Hollywood but I think you're missing part of the picture: Peter Jackson's role.

Despite your simplistic portrayal union good, business bad and you need to slot various 'actors' into one of these categories I think you miscast Jackson. I'm pretty sure he was the only one with enough juice to tell his backers just where he wanted the Hobbit filmed - In NZ.
So when AE and the CTU suddenly claimed global boycott this gave Warners enough leverage to either ship it overseas or extract more tax concessions.

In the end AE and the CTU fucked themselves through incompetence and over-reaching.

Given the hatred of these parties by the general voting public I'm not sure if your seachange to labour is a done deal.

Why am I not at ALL surprised!
Now let's see if the "mainstream" media (and in particular our so-called Public Service Telecaster) pick up on it. I suspect not. At least not until an Australian or British broadcaster picks up on it first.

Whatever alternative country Warner Bros has in mind for the Hobbit films, all I hope is this..
That they milk Warner for all they're worth.
I mean Warner is already behind schedule and has already wasted money in NZ on sets & the like. They've had their first choice director pull out of the project & have divided an entire nation with their treats of walking away from the country that that set the scene with the LOTR movies.
Milk Warner.
Milk them for all they are fucking worth.
All this news coverage on account of Dragons, Wizards & all other manner of Bullshit?
FFS!
We've had other mass job layoffs in NZ without a fraction of the fanfare.
This is a classic example of foreign investment dividing a nation.
Fuck Warner Bros.
Divisive pricks.

Let me put this out there ... Monday US time is TUESDAY NZ time ... and yet apparently the boycott was removed last weekend (i.e. Friday US time). And in fact, according to Jennifer W-L there WAS no boycott and yet it was lifted... Eh? Laughable really
NS

Take note - the nonsense written by Fran O'Suckivan in the Herald today . What a joke.

Sorry it was Robyn Malcolm, not Jennifer who made those statements

The most likely territory "the Hobbit" would be moved to is the UK.Why would Warner Bros move the production of "The Hobbit" to a territory where the cast, technicians and support services are more expensive; the local currency is stronger than the $US and the local unions are long established and hugely influential?
Could it be it's because Warners owns the studios and equipment houses in other territories and thus it makes no business sense to them to pay Sir Peter and his partners for facilities they already own. Add this to the large "one off" rebates the UK are offering. Remember, Warners signed up to this film relatively late in the piece. From day one of their involvement they have wanted the production out of NZ and into their own production facilities. You're right. It has never been about Equity. But a badly mis-handled and extremely naive union action was all the excuse Warners needed. Match to the gasoline