The 'dream' is over and the nightmare begins 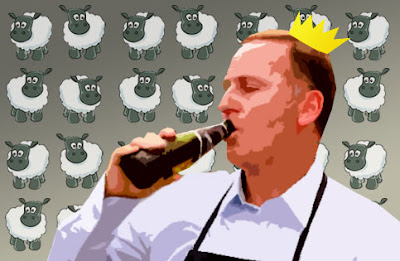 Welfare crackdown: Solo parents targeted
The Government is taking aim at 43,000 solo parents who it says should go back to work. Prime Minister John Key and Social Development Minister Paula Bennett have this afternoon unveiled a major package of welfare reforms. Ms Bennett said that for some beneficiaries "the dream is over".

WHAT FUCKING "DREAM" PAULA??? The audacity of this woman after she has been a solo mother almost made me throw up and how dare John Key start yesterday's disgusting announcement to pass draconian welfare change by invoking his dead father as a justification??? Their 'hey we've been there' bullshit has given them NO COMPASSION, NO EMPATHY just a self righteous view that they can pass this cruel set of changes with a sense of justification!

My God, our leaders are despicable in their smugness.

While Paula was ending the 'dream' the Standard pointed out that John Key was seeing his bloom, remember when he said he wanted to see wages fall on the 20th of December 2007? Yeah well John's cruel little dream has come to reality and he must be loving it!

Wages set to fall, Stuff, 23 March 2009
Real wages are set to fall over the coming year as rising prices and extended unemployment keep the labour market subdued, economists say. The value of wages will decline 0.5 per cent in the 12 months through March 2011 as inflation exceeds salary growth, while unemployment remains elevated, according to the New Zealand Institute of Economic Research’s consensus forecast of ten financial and economic agencies.

And what exactly is this 'dream' that Paula has ended? What 'dream' exactly? We will be forcing sick people back to work, forcing parents to leave their children and forcing the unemployed to reapply each year with the hope that the difficulty of reapplying forces them to fail all within a punitive system that will half or stop welfare in an unemployment environment that has hit 7.3% - the highest in a decade and a half!

What then folks? We've cut their welfare WHAT THEN? They are on the streets, solo mothers, the sick, those without the skills to be employed - we throw them all onto the streets in this cruel piece of social policy with 7.3% unemployment AND THEN WHAT? What do we do with them then? We just let them die like dogs in the street do we? What do we do to the children of these parents we are punishing? Where do they go? Because in their report Evaluating the February 1999 Domestic Purposes Benefit and Widows Benefit Reforms: Summary of key findings the Ministry of Social Development pointed out that solo parent work-testing like this last time only ended up making things worse for the children of beneficiaries - but we don't care about them do we? We only care about cutting the cost of welfare, not actually providing welfare.

What a sad, sad, sad day for NZ - the "dream" certainly is over and the nightmare begins.

Hopefully the intelligent people of Waitakare will roll this silly woman next year.

gee you are a sensationalist! what a load of shit that rant just was. If people ARE sick and cant work, they will still be protected; if a mother has kids at school then why cant she find a part time job?? if you had your way you would have no checks or balances, everyone could get the benefit and this country would have absolutely no workforce or GDP. Fuck you and your socialist bullshit. This is a very, very, very good day for NZ. It will hold people accountable; something you lefties hate.

You are completely right, and I fully agree with the statement made about the no compassion or empathy.

I personally think Paula Bennett is one of the worst politicians we have seen in New Zealand in a fair while. Her inaccuracy, vaugeness and entitled attitude is appalling. Then again, she is a tory.

Conserve your energy Bomber for 2010 and 2011 elections. By then the country should be blanketed with everything National Act has instigated and the results of it, the hidden results that National and Act won't want New Zealanders to see.

But it can't happen without the support of articulate and knowledgeable people like yourself getting the message out there.

There are many groups of people who can do that providing they pool their resources throughout the country and verbally 'attack' this government on its shoddy programme for the demise of New Zealand as a democratic socially inclusive state.

You cannot rely on just the blog. You have TV7 but other mainstream media needs to be incorporated here. The public is only receiving one point of view to any great extent and it's this government's rightwing view.

stuff the dream did he really say "kick up the arse".

old Paula certainly "milked" the system while she was on a benefit......

National is just starting where they left off in the 90's. And how long has it taken to reverse the harm done from their experiments. Its just the same old national party, corporate welfare and not social welfare. I feel for the poor & sick people of the country because this is just the beginning.

My god youre an hysterical girl's blouse Bomber!. The Govt's announcement is pretty mild - an obligation to SEEK employment (go to job interviews)if on the dole. Is that really so onerous. SEEKING part time work when your kids over 6? Come on.If theres no work they will still get benefits!

This gross abuse of our intrinsic human right to go into WINZ and have them ask if we've applied for a job, to receive a benefit of unlimited duration with no accountability whatsoever is simply [insert appropriate Nazi reference]

I was just reading about America's maternal mortality rate. They are 41st in the world and mortality
during childbirth has doubled since 1987. This
is obviously a tangent to this thread but serves
as a concrete example of the effects of the neo-liberal
agenda. This welfare announcement in itself may
not be the end of the world but it is a very slippery
slope, do we really want out politicians following the American example? The maternal mortality rates do illustrate the effect of this anti human pro corporate
ideology. These are the role models our Hollow Men
are following. Auckland City Mission might have somthing
to say about some anon pronouncments that all will be looked after and these are just checks and balances.....

Well you can see which of the previous posters have ever had to deal with WINZ. Lately there's this policy - its almost a guarantee of a call centre getting a case manager to call back within 48 hours.
Over the past 3 weeks, I've just witnessed someone trying to get an appointment. Guess what? So far they've attended a "seminar"; been advised they should probably be on a sickness benefit rather than unemployment benefit; made 4 calls to the 0800 number; have now been allcoated 2 (YES 2) different client numbers; and have just again been told someone would get back to them within 48 hours!
I get the impression that not only do staff have too many cases but they'll be thoroughly incapable of performing all these checks that will be necessary in order to "get tough on dole bludging, what was it?: something-or-other-cunts - because most are either over-worked; their wonderful processes and procedures OR their IT systems aren't up to it!
SO now the case I have just witnessed (with the 2 client numbers) has effectively put off for another "48 hours".
By the way - this person has never ever claimed a benefit before in his entire life, and has been self sufficient even through unemployment for over 4 years.

In the States, corporations are deemed in law to be 'individuals'. When a psych test was carried out on the characteristics of a corporation came out as psychopaths. Now it turns out there's a psychopathy spectrum and most CEOs and senior management are somewhere on that psychopathy spectrum. You can see where I'm going with this! The point is, we shouldn't be surprised that they treat people like this (yes, I do think Key and Bennet and other politicians are on the spectrum. They genuinely don't care about people, they have no empathy, no conscience. There's no point in us bleating on about how badly they treat people or how much they love money and power. They simply don't care. They're incapable of caring. We're nothing more than units of production and consumption and they don't need our labour so much anymore since they've moved production offshore so all they need us for is to consume their products. I think it's hilarious that we're so so stupid, so easily manipulated, so gullible. It cracks me up every day. They have the whole system sewn up and by god you've gotta give 'em credit. But they couldn't have done it without our help!

"By the way - this person has never ever claimed a benefit before in his entire life, and has been self sufficient even through unemployment for over 4 years."

In other words he's chump.

Perhaps I should have said ...had not been in PAID employment. If that's what makes a chump, then hopefully he wears the title with pride since he's assisted far more people than you are ever likely to.

Nationals true agenda comming through loud and clear. Punish the poor, reward the rich. Oh yes, it will only get worse.

How does it feel to live in a country in which the Minister for Social Welfare condones a Bill that contravenes the Bill of Human Rights?

I am thinking Bennett has a spin doctor that is an undercover old school socialist and has sussed she has nothing between the ears and is taking full advantage.

It's the other way around fucknuts the nightmare of labour is over and the cream of national begins.

Loving this change which is cornholling all you urban liberals.

Ya see - this always happens. It all goes to shit when you let fat sweaty people into positions of authority.
They just can't be trusted. Ever.

I hate the Filthy National Govt!, and want the fuckers OUT!,
The real touble will start when they attack the sick and injured, there will be a humanitarian outcry!.
I`m gonna cost these National dogs more than ever

How can people have jobs when there is no ndustry and no jobs? I have seen it! Even the seasonal jobs have been kicked kiwis out just to hire cheap overseas labour! MY ffriends who were in a building company all lost their jobs after , without knowing, trained all thes thai newbies on how to do the job believing they were just gonna be the ground crew assisstants. Big companies are hiding behind the recession to diminish workforce to a minimum by firing necessary staff and overloading the ones that stay behind...DHBs have stopped hiring new grad nurses...at least when compared to when helen Clark was in opower...so, how can people have jobs when they are not there???