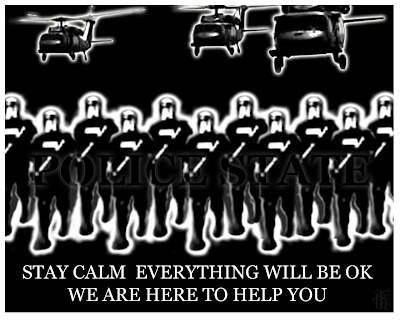 Collins demands spy facts
Police Minister Judith Collins has asked Commissioner Howard Broad to explain claims that an anti-terrorist unit spied on protest groups, saying she would be concerned if law-abiding activists were under surveillance.
Green Party police spokesman Keith Locke called for an inquiry yesterday after a Sunday Star-Times report that the Special Investigation Group used a paid informant to keep tabs on Greenpeace and climate change, animal rights and anti-Iraq war activists.
Mr Locke accused the police of "Stasi tactics" and said they were wasting resources that could be used to fight crime. Mrs Collins said she wanted to know the facts before deciding whether an inquiry was needed, but would be concerned if innocent people were being watched.

How dirty is this, how filthy to spy on protest groups like SAFE or Greenpeace, is this why we need to pass new Police powers is it to spy on protest groups like them? I thought we were passing these laws to protect us from actual terrorists but no apparently the sex lives of activists is something we need to know for national fucking security purposes. What a dirty filthy little police state we are building here and isn’t it interesting how quickly the attack dog of National suddenly changes her tone, yesterday she saw no problem at all with what the Police were doing, today she senses that this is a lot bigger and now she calls for an inquiry, what happened there Judith, yesterday you saw no problem, today it’s an inquiry? Oh and let’s not forget Rob Gilchrist. This prick was trying to push to make protest actions more violent so that he could whip up reasons for the cops to go after protest groups, he is worse than a Nark, he’s an active member of the intelligence community trying to destroy legitimate protest within our democracy - it’s a reminder for everyone planning action against the Government next year to work in very small tight cell groups and DON’T tell others what you are doing so that you don’t risk outside police informers coming into your group. How did they pay you Robbie, cash or drugs or both? You have no honour now Gilchrist, and I’m sure what goes around comes around.

How did they pay you Robbie, cash or drugs or both?

Are you implying that this man is a drug taker, and/or the police sell drugs to supposed informants?

You have evidence to support this accusation?

If I were Mr Gilchrist and/or the Police Association, I would be looking to sue you for libel bomber.

Btw, all this happened under Labour's governance.

You are so naïve. Police are well known to pay narks with drugs in NZ, very well known.

Seriously, anyone who has spent any time around protest groups in NZ knows that the cops have been spying on them for years, this is hardly news - but it's good to see the proof.

The fact that story has broken now is also just a double bluff - to spread FUD amongst the activist community and weaken the resistance when National ram through their far right legislation.

NZ is becoming more and more of a police state, while the masses just sleep walk through it.

The police have a necessary, hard and the entirely shit end of the stick in this country.

What is becoming more apparent though is that the upper echelons of the police force are a bunch of arseholes and need a shake up.

You cannot in one breath complain about not enough boots on the ground or cash and then be paying some prick to spy on greenpeace and political parties FFS.
You can't complain about not having enough investigation powers and then have your undercovers coming out and saying the senior officers told him to lie on a large % of cases?!

Not good enough. Plain and simple.

And the damage it does to the guy on the beat makes his job just that much harder. (I have spoken to cops yes, one of which left because of this and the 3x more paper work they now make them fill out)

No surprise that groups such as Happy Valley etc are under surveillance after Tame Iti and friends were caught out in the bush doing military training with assault rifles.

It is disgusting how the former nanny state used "our" police force to spy on us. I wonder how many people were tortured under the Labour government to protect us.

It is disgusting how the former nanny state used "our" police force to spy on us. I wonder how many people were tortured under the Labour government to protect us.

You are an idiot.

The Govt. does not, for very good reasons, dictate what the police force does in this regard.
In the case of the Ureweras, suspected to involve military weapons etc, the govt. was informed of charges 2 days before they were laid.

The police commissioner, in high-profile cases, is the one that does this.

It is surprising that it has taken so long for Gilchrist to be exposed... he was formally expelled from a nationwide organisation in August 2001 due to his infiltration activities.

While his passing on of information to the police is worthy of condemnation, more insidious were his actions (while being paid by the police to be involved) that pulled apart, attempted to water-down policy and almost destroyed at least one vociferous yet-using-only-legal-means-to-campaign, strong in principle and on-the-up organisation.

I wonder just how embarrassed and ashamed now are those who at the time and subsequently believed Gilchrist's lies and false accusations and acted upon them, hurting the group and many of its key individuals in the process?

"It is disgusting how the former nanny state used "our" police force to spy on us. I wonder how many people were tortured under the Labour government to protect us."

Since you haven't been tortured yet then obviously not enough.