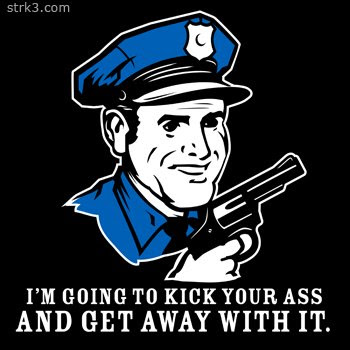 Officers sprayed and beat man, jury told
A jury has heard how a group of long-serving police officers allegedly repeatedly used pepper spray, batons and riot shields to restrain a man they say refused to be photographed and fingerprinted. In the dock at Tauranga District Court yesterday was Sergeant Keith Derek Parsons, who faces two charges of assault using a blunt instrument (a baton) and one of using OC (pepper) spray as a weapon. With him were Sergeant Erle Busby, facing four counts of assault with a blunt instrument (a baton), and Senior Constable Bruce Gordon Laing and Constable John Edward Mills, both charged with assault using OC spray as a weapon. The Crown alleges Parsons, who has a 25-year police service record, pepper-sprayed Mr Falwasser in the face two or three times after the latter refused to be fingerprinted or photographed. Busby then allegedly struck Mr Falwasser from behind on the hand and wrist with separate blows as he put his hands up to protect his face. As Mr Falwasser made movements towards the door, Busby allegedly struck him on the head, causing bleeding. Mr Pilditch said that over the next 10 minutes Mr Falwasser remained in the cell, which was shrouded in pepper spray, making it "intolerable for police officers". Later, Laing and Mills continued to pepper-spray Mr Falwasser's cell as he remained there, squirting the spray through vents over a 10- to 15-minute period.

This story almost seems unbelievable – we are talking seasoned cops here, not the brash, power puffed up, ill trained teenage cops who act first and think later, one of these guys has a 25 year police record, sweet jesus, was this a one off moment of madness or was this the sort of behaviour they dish out all the time but have never been busted on? Mr Falwasser sounds like an arsehole who got lippy and was obviously under some stress to have motivated him to take his neighbors car, not a fun guy to have to process, but IF what the Crown alleges happened here did in fact happen, there is just no way anyone could defend the beat down the Police handed out to him, it will be an interesting court case.

lucky they didnt have tasers!

dig deep, looks like the tax payer could be paying for the pigs new accommodation as well as compensation for there fuck up... how nice..

lol Blog admin, was that a bit touchie for you... please do tell

Honestly, if you chaps put the same effort fighting each other into non-personalised constructive debate this would be the best comments section in the blogosphere.

Maybe something should be done about the anon sector... I don't come in here to attack anyone Tim.. But sometimes I will answer when being attacked, sorry Tim, But that is my nature. Old habits I guess..

but good point above...