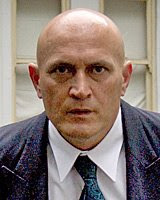 alt tv/fleet fm breakfast news comment
Rickards no 'witch hunt' victim - Nicholas
Louise Nicholas says a finding that police excelled themselves when investigating historic rape complaints against former top policeman Clint Rickards puts to rest claims that he was the victim of a witch-hunt. Last March, Mr Rickards said the Operation Austin investigation was a "shambles" after he and former officers Bob Schollum and Brad Shipton were acquitted of raping a 16-year-old girl, the last of several trials after Mrs Nicholas went public with her claims in 2004. But a review by the Independent Police Conduct Authority, made public yesterday, found the investigation set a "level of excellence" that should be adopted as best practice.

Well hold on, is this ‘independent Police Conduct Authority’ like the ‘independent police complaints authority’ which isn’t independent at all. Out of the 50 complaints, the Police only acted on 10, isn’t this just another glowing police report on police by the police? Don’t get me wrong, I have no time for Rickards, but this self policing bullshit is the reason Rickards and his chums had this god complex in the first place, if we want to make sure this crap doesn’t happen again the Police need a total overhaul – the Bazely report into Police culture called for an independent assessment of the recommendations she made as she didn’t believe the cops could do it on their own.

He's a dick and he got away with crap - regardless that he was found not guilty of rape, no doubt he's guilty of various other things.

Anyway let's hope some of the other 25 women get some justice ...

The real blame and responsibility for all this (and all the other abuses within government services) belongs much higher that riff raff like Rickards and his boyfriends.

People like him are able to do what they do because every government supports and promotes them, and they all marginalise and persecute their victims and targets.

Will we see a day when Helen or whoever takes over, hold full enquiries into the Police, Prison and Defense services to investigate what has, as they all know, gone of for decades and is still going on.

Will they ever seek to give justice to the many many victims of abuse.

Don't hold you breath, those fancy Wellington Law firms have nothing to worry about they will continure to make millions fro defending the guilty and get they entertainment from destrying anyone who speaks out.

Helen is a total disgrace, she has been forced to make a few half hearted noises, but done nothing meaningful, except promote those who did such a good job defending and perpetuating disgraceful conduct – what a filthy hypocrite she is, she is many times worse than Rickards and his gang.

Rickards has got millions, what have Ms Nichols and the other innocent victims of Helens boys got. She supports what they did she is only cross because it has brought her some bad publicity, other than that she does not give a damn.

Maybe the police will have to after those Maoris on horseback who repeatedly raped Nichols during her childhood in Murapura.

Rickards is one lucky SoB that the three different woman who did not know each other yet each described the same sick police Mo with the batton never all got the chance to speak out in the same court room in the same trial.

He'd be doing the long long lag if that had of happened.

So how many millions did he get.

Helen wants him out of the way and for it all to die down, so she won't care how much they gave him if only he would keep quite.

He has no crimnial record so maybe she will pull a few strings and get him a job in Australia, now that would make her happy.

Is his sad slut of a wife still with him.

You obviously have no idea of what you're talking about if you missed that one, nutjob.

He will probably become leader of the Maori Party. After all, he did get off those rapes. And Louise Nicholas is white anyway.