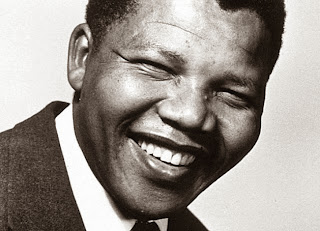 My TV review for this week is posted up over at The Daily Blog.  It's about my memories of South Africa and Mandela - which virtually all come via television.  Ending thus:
--
With Mandela’s passing it throws into contrast how far NZ has to go to reach the same stage of decolonisation that he achieved in a relatively short time.  Jim Bolger and Doug Graham were the FW de Klerk and Pik Botha of NZ, but the selected tribes they chose to deal with had mortals like Bob Mahuta and Tipene O’Reagan instead of a Mandela.
--

Worthwhile reflections have come from the 1981 Spingbok Tour protest leaders John Minto and Trevor Richards.  Morgan Godfery also has an excellent blog post on the stress the white establishment puts on Mandela's reconciliation stance rather than his militancy.