The godfathers of rape club 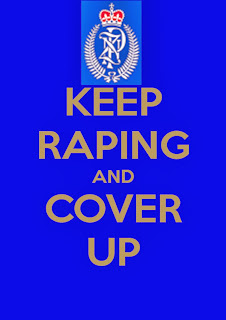 The PM says it's OK.

Operational independence apparently means they sanction a rape club operating in West Auckland - in the Waitemata District where his electorate is - and he's cool with that.  Guess he figures his kids won't be the victims, just other people's kids, like white trash westie 13 year olds.

That is not operational independence that is a criminal act and one that promotes a total lack of confidence and the utmost disrespect for the police.  When the cops won't do their job in such an acute situation (ie. having these high level offenders at extreme risk of reoffending being at-large on their say-so) it leaves vigilantism as the only method left available to achieve justice.  There isn't enough time available to do anything else, this is urgent.

3News:
--
Mr Key told TVNZ's Breakfast programme on Monday police were independent and it was not for him to tell them how to investigate.
"It's the police that have to decide. If we wade in that will actually damage the case if there is a case to be taken."
--

What case?  The police aren't building a case for victims they are launching a rear-guard defence for the offenders, one of whom the Commissioner admits is the son of a police officer.  Everything the NZ Police have done to date has been dedicated to preserve the liberty of these child sex offenders and defeat a case being brought against them.  They have done nothing to progress anything.  This being the ninth day after 'roast busters' was exposed by TV3 we have no arrests.  No arrests for the two years the police say they knew either.

The ten questions just to start with are:
1. When was first complaint?
2. How many were there in total? and did any female staff attend interviews?
3. Why did victims' parents not want to progress matters as claimed by police - their reports?
4. What is name of the operation and when was it given?
5. What details of claim from offender Hales that police interviewed him and said activity was not unlawful?  Where is caution letter, notes of this warning?
6. When did police know about websites?
7. Did police watch videos/images online - how many, when, what notes, follow up etc. and contact with gang after knowledge of website?
8.  Where is copy of search warrant that Sup Searle claims was executed on one offender (on Monday?) and was his residence and car searched?
9. How can police claim on-going investigation when very clear now on day 9 that they never had any plan to apprehend?
10.  Who is the cop father of one of the offenders and what has their involvement and contact been with anyone in this case?

Cops aren't that sophisticated and operate to their own thug MO, so achieving a cover-up depends on physically intimidating visits etc.  This can't work on me because they don't know my location, but others are vulnerable to threats.  These tactics now include the Commissioner himself personally telephoning someone who complained... yesterday... on a Sunday afternoon... on an unrelated matter... Only a moron or a fascist would believe this was some routine event.  How many similar calls has he ever made on Sunday afternoon to people who complain on a website?

Marshall is now as out of control as the rest of the Waitemata command.  The conspirators are getting more desperate to suppress this.  Why?  It's not just a job paying more than the PM on the line and a few careers, these are heavy duty criminal acts.  To break rape club means having to take down the top.  So be it. The politicians have to realise this is why they are elected, to represent the people - not the police.  The Cabinet must remove Marshall for the safety of the community and appoint someone who will arrest the rape gang.

The PM brags this morning that after five years he now has 100,000 twitter followers.  Meanwhile a petition calling for the arrest of the Waitemata police-sanctioned gang rapists is already at 65,000 after less than a week.  But the PM doesn't care about that, he cares about the operational independence of the police which includes in his definition the permission of a rape club to exist.

The Police Minister says it's OK, but has lodged a complaint to the IPCA which might take three years or more.  She purports to be powerless to do anything.  She failed to confront and deal with Marshall and her filing an IPCA complaint is incompatible with confidence in the Commissioner, and yet on he soldiers.  Free to intimidate anyone who complains.

The Commissioner of Police says this rape club is OK:

because Sup. Bill Searle says this rape club is OK: 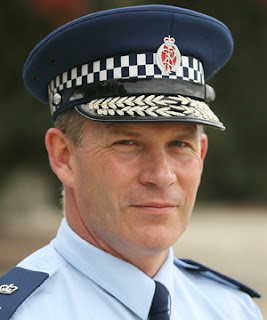 because Det. Insp. Bruce Scott says this rape club is OK  (this image is mid-shrug when he says it's only "verging on criminal"): 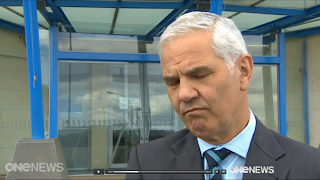 because the son of a cop and their gang says it's OK. 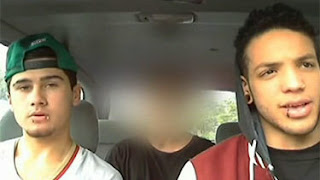 Gang raping a 13 year old is OK according to this hierarchy of policemen.

The only person of any rank in civil society to call for Commissioner Marshall's resignation - from what I've read - is the union boss, Helen Kelly.  The political establishment's slave mentality to the police, this cop-worship, is why they are so weak on this.

Who is responsible for rape culture?  Ask the one's who allowed it to propagate all over west Auckland until it became accepted in some quarters as the norm of teenage behaviour. The ones to ask are the New Zealand Police. There wouldn't be any rape club now, or for the last two years, if it wasn't for the inaction - and sanction - of the police.

Two ways to deal with this crisis: 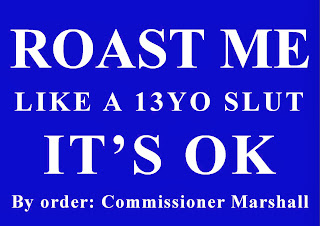 Imagine if people started affixing that sort of message to the back of policemen's uniforms.  That's where it belongs - nowhere else and no-one else tolerates rape except the NZ Police - policemen.

The easy way, however is for Commissioner Marshall to be replaced so that arrests can be made.