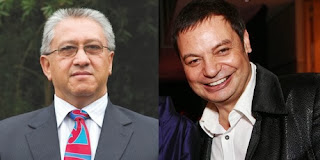 The Maori TV CEO appointment process has been a disaster. It could not possibly be worse than the inauspicious appointment of a Canadian fantasist with a fictious CV, but it does have all the elements of an ongoing slow-motion train wreck nonetheless as more and more parties are drawn into the crisis.

MTS reporting on its own tribulations:
--
The Board of Māori Television has decided not to appoint a new Chief Executive after it was unable to reach a unanimous decision.
[...]
In announcing the decision not to appoint a new CEO, Chairman Georgina Te Heuheu acknowledged the impact that speculation has had on candidates who applied for the role.
“As Chairman, I fully expect to be held accountable for my actions but I am disappointed by the distress caused to those who submitted their applications in good faith.”
[...]
A further announcement will be made regarding an interim Chief Executive following the departure of Jim Mather on 18 October. The Board will now take time to consult with key stakeholders, the Crown and Te Pūtahi Paoho, to decide on next steps.
--

The first difficulty is that Te Heu Heu is only a few years out of the National Cabinet, having been put onto the board as an act of partisan patronage by her colleagues.  The other major difficulties are the composition and competency of the board and the campaign against Maxwell:

NZ Herald:
--
In an astonishing move - harking back to dysfunction during the early days of Maori TV - at least 68 of the 170 staff had signed a petition to the board asking the Board to not appoint Maxwell, a former general manager of Maori and Pasifika programming at TVNZ.
[...]
Maori TV confirmed yesterday that Crown appointee Ian Taylor had resigned from the board. The resignation of Taylor - the head of the successful TV company Taylormade and the most commercially savvy board member - raises further concerns about the workings of the Board since the departure of former chairman Gary Muriwai.
--

People may think that Maxwell's inability to garner trust amongst the rank and file staff will put the academic, Richard Jefferies, in by default; but from what I've heard he is no saint either. I have been told some stories of woe from his involvement in tribal affairs from various people and none of it would fill anyone with confidence.  He seems to be flying somewhat under the radar, but that might not last if the process is dragged out.

They have really got themselves in quite a tangle.  All of which is such a pity as their quality of programming has gone from strength to strength.

They wouldn't be in such a tangle if they had injected a hefty dose of transparency into the recruitment process. I know that sounds naïve, but equally naïve is the notion that publicly-funded Maori institutions won't come under scrutiny. They simply do.

What surprises me is that the Board ended up with Maxwell and Jefferies as the final two candidates. There are plenty of others out there with requisite skills, industry and cultural knowledge that are equal, if not better than the final two candidates. I won't drop any names here because at this stage it's probably best not to name anyone. But it is a surprise that others did not figure in that final selection.

Scrapping the recruitment process is the right thing to do. Start again, this time with the Board taking the time to walk all the stakeholders (rank and file staff, production companies, Maori Electoral College, the Crown etc) through it.

It's reasonable to expect some fallout from this. The petition-signers might be having a few sleepless nights. S@#t never rolls uphill.