Why the NBR are wrong about Radio NZ 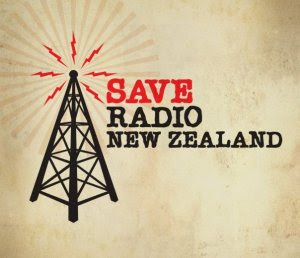 Interesting piece in the NBR trying to link the NPR model in America with what we should do in NZ with RNZ..

Sadly it won't work. The subscriber option that keeps NPR afloat simply can not work in NZ. Our problem has always been that we have a tiny population, that tiny population can not support subscriber only funded media, that is always the reason why the Government has had to step in with cash for Public Broadcasting.

Using the American example as NBR does shows a terrible lack of imagination and a denial of reality. The suggestions the NBR put up as means for which RNZ can generate cash are just ridiculous...

Pledge drives: like NPR and its affiliates do, run twice yearly drives to attract donations from listeners. Advertise the fact that, since RNZ is a registered charity, donations are tax deductible. Given the support on the Save Radio New Zealand Facebook page, there’s likely to be some support for this.
Won't work for the reasons I've stated, too small a population base.

Membership scheme: Taking the pledge drive a step further, RNZ could offer memberships that include things like VIP invites to broadcast events –RNZ currently does a number of these in science and the arts.
Yawn. It won't generate enough cash - if you are pinching people for let's say $50 per year as a pledge, you want to try and shake another $50 out of them for VIP offers? Come on, that's just fantasy stuff.

Build an endowment: The RNZ board could be put to work to secure large cheques from wealthy family trusts, individuals and companies. NPR’s endowment received a US$200 million boost in 2003 when wealthy philanthropist Joan B. Kroc left the massive bequest for the network. If RNZ could pull together $100 million, that, properly invested, could return $3 – 5 million a year tax free for operations.
Is the NBR even trying now? There aren't that many philanthropists in NZ and they would all arrive with their own agendas - what if you are doing a news report demanding higher taxes?

Corporate underwriting: As with NPR, there’s likely to be tolerance for a low-level of corporate writing of RNZ shows and sponsored slots on its website. I could see this working for the station’s magazine-style shows, like Saturday Morning with Kim Hill and for Concert FM.
Come on - you put one advert or sponsorship deal on RNZ and all hell will break lose. It will be considered the cultural equivalent of farting and then self-combusting in a church. You really think those 30 000 odd supporters on Save RNZ would consider that an option?

Music, books and merchandise: Receiving such a flood of artists through its doors for interviews and in-studio performances and with its rich heritage in classical music, RNZ could diversify into publishing music – digitally and on CD. The same could go for popular culture books, anthologies, biographies. Merchandise – RNZ cups, bags, t-shirts etc could also bring in some cash.
Look, we all want a 'I love Kim Hill T-shirt' and breakfast mug, but that's a fuck load of T-shirts and mugs you have to sell to pay for the station. This is the icing on the cake, it ain't the cake.

Grants: NPR and affiliates do quite well from universities and foundations that give money for specific shows, projects or documentary series. Such funding has to meet strict criteria and ensure complete editorial independence. I could see RNZ’s science show Our Changing World, for instance, being sponsored by the CRIs (indeed this once did happen) or the universities.
Could be a good way to fund some programs, but that will be about it.

Online news: RNZ’s web presence is pretty good for finding and playing back audio but its online news coverage is minimalist. If Fairfax and APN put up pay walls this year, there could be an opportunity to beef up its online news content and offer some sort of advertising around it (in the same way that NPR has “brought to you by…” slots on its website.
One bright idea amongst a pretty dim lot from the NBR - yes RNZ should look at the news it generates online for advertising, but again it's a culture shock to the audience.

So what is the solution? Well, it's so obvious it is painful the amount of times I need to explain it.

What so few commenting on generating revenue for Radio NZ seem to understand is that there is another option. Jenny Shipley put aside 3 frequencies for the 'Radio Youth Network'. When Labour got into power, they decided to just hand those bloody frequencies over to Mediaworks who couldn't believe their luck that the idiot Labour Government would allow them to smother and kill off an advert free youth radio station. Mediaworks understood that no one would bother listening to the Rock and the Edge if there was an advert free alternative. These frequencies are worth $2 million a piece, that's $6million worth of State owned asset that Labour just handed over to a foreign owned media company without so much as a long term plan.

This abomination became the terrible KIWI Fm which because of its 100% NZ Music playlist immediately tanked and has become the limping nothing ghetto land it is today.

I'm sure I can still hear Mediaworks laughing at how they managed to con the Labour Government into this. I've had Labour MPs up about this, and they didn't even seem to be aware that NZ still owned KIWI FM.

I say (and have been saying for some time now) that the Government end this nonsense and take the frequencies back. Shut down Kiwi and relaunch it as Radio NZ2.

RNZ2 would have the next generation of Gen X broadcasters hosting news talk radio. You could pipe the RNZ news through to RNZ2 and you could bring sponsors on board on that station. It would need to be 'liberal' talkback and not the usual feral right wing talkback because the right wing talkback radio market is at saturation point.

RNZ has the largest audience base of any radio station, but it accounts for nothing because you can't monetize that audience while it's on a radio station that doesn't play adverts or have any sponsorship.

RNZ2 could have sponsorship on it and it could be rolled out at a very low cost. That station could bring audience share that can generate revenue.

This could be the only PPP that actually works for the Government.

All the ideas the NBR have unimaginatively come up with wouldn't make much money. An entirely new radio station, using assets that we've given away to Mediaworks, could be the station that makes the money RNZ so desperately needs. This way RNZ wouldn't have to change one tiny little hair on their precious little heads in terms of content. You could still get dreary radio plays focusing on sexual experimentation in Wellington suburbs during the 1970s or those ever fascinating 19th Century colonial radio plays exploring gender roles. And don't forget the bloody bird calls. They could still have their bloody birdcalls.

RNZ2 could generate real revenue without changing Radio NZ National. It's time the board became innovative and create something that would not only expand public broadcasting considerably but also make money.

I say all of this of course as the person who was banned from Radio NZ for criticizing the Prime Minister.

Hope some of the people who could achieve what you suggest actually read this article!

I think it's fairly evident that the NBR has zero interest in Radio NZ and their only interest is reducing State involvement in public radio and thereby allow the government to cut taxes further (for the One Percent, mostly).

So their suggestions for alternative funding mechanism is nothing more than a smoescreen. They only just stopped short of advocating privatisation.

What do you expect from NBR. The last bastion of independent public media in this dictatorship of JK is Nat Rad. The Government and NBR don't want it. SKy was happy when TV 7 was killed off. The right whingers want to have RNZ under commercial 'influence'. Its as clear as. This piece on the NBR is timely just as RNZ chief Cavanagh is stepping down. Eternal vigilance is needed right now. Good work BB.KIA kaha.