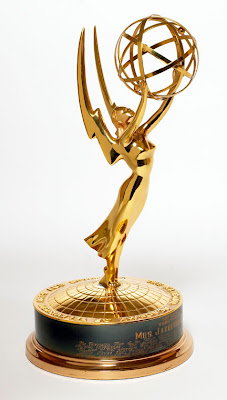 It's that time of year where Tumeke hands out the hate and the love (but mostly the hate) felt towards the Media for 2012.

The Labour Party loathing of left wing blogs award for worst blogger of the year:
It's been an incredible year in blogging. Newspapers suddenly realized they were dead and rushed online in a desperate land grab with all the subtelty of Israeli settlers moving into Palestinian neighborhoods. The msm attacked bloggers and in turn were spanked rightuously by bloggers and narrative streams started diverging sharply as the corporate media manufacturing of events differed vastly from what bloggers were saying.

The Labour Party showed it's ability to self mutilate themselves beyond belief by attacking left wing blogs and setting in motion a Colonial Viper guerrilla war.

Expect blood, so much blood to be spilled next year. 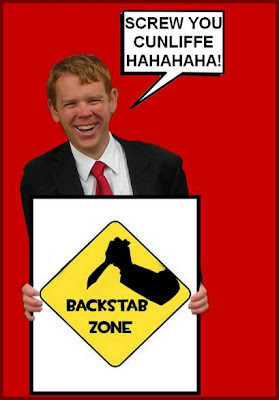 The worst blogger of 2012 isn't Cameron Slater, he's too evil to be mocked, it had to go to bloody Shelley Bridgeman.

The Herald call her their 'blogger'. That is a vast insult to bloggers, she's a talentless hack who they can't justify printing, hence she is only available online.

I don't use the phrase 'silly cow' often, but those 2 words can sum up the level of intellectual contempt one should righteously feel when reading the works of Shelley Bridgeman.

Her shocker this year is her 'blog' (and I'm using that word as broadly as possible) on whether or not Coke is targeting children with their marketing.

Did Coke pay for this? That is the only conclusion I can come to that would justify Shelley's inane assertion. How she has come to her conclusion that the jury is out on whether or not Coke target children because only 74% of the most popular girls names and 67% of the top boys names are used is so breathtaking in its attempt at reasoning that one gags. Actually gags at such logic.

Read her blog and shake your head in disbelief.

Shelley Bridgeman is proof that the only solution to Ponsonby housewives this ignorant is napalm. To be this thin in the thinking when you have so much privilege is just not acceptable in a meritocracy.

Christ only knows how the hell Shelley has managed to gain a column in the Herald. Here is my theory, she's the friend of someone who owns the newspaper and she has chewed their ear off a thousand times at a thousand different plush leafed BBQs about why she should have a column.

Or she's blackmailing the editor for a war crime he's committed.

Her blog is so bewildering vacant that I honestly thought at first she didn't exist and that it was a brilliant parody by the Herald, but people swear to me that they've seen her so I have to accept that not only is Shelley Bridgeman a real person, but that she believes and delights in her sophistry.

If her column is actually popular, it flies in the face of over 2 centuries worth of Adam Smith's rational man.

John Key stand up comedy routine best TV Comedy 2012:
Whilst nobody can compete with John Key's 'you are gay for wearing a big red shirt' style of comedy... 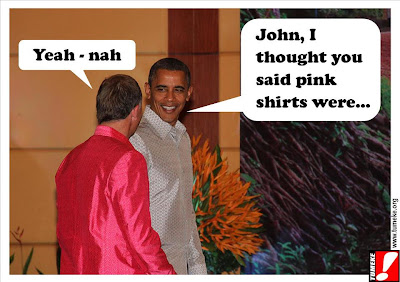 ...there was much to praise in 2012 comedy wise. Despite the terrible timeslots, there were gems that made it to the small screen this year. A Night At The Classic (TVOne) was brilliant, Brendan Lovegrove is an unsung genius. Every episode is gut wrenchingly funny and ANATC must be considered one of the best comedies this country has ever screened! Aotearoa Social Club (TV2) is Thane Kirby at his funniest. It is the most clever take on race relations in this country since Billy T James. Moon TV's Olympic Special was worth buying Comedy Central for. The Big Late Night Breakfast Show is gloriously awkward TV, and Jeremey Wells inclusion was inspired.

The iPod killed the radio star award for Best Radio 2012:
Remember when Rock radio was cool? It's a very long time ago sure, but finally it has happened again with Matt Heath and Mikey Havoc on Hauraki. They are so effortlessly talented it hurts. They are both worth buying a radio for, it's that good. 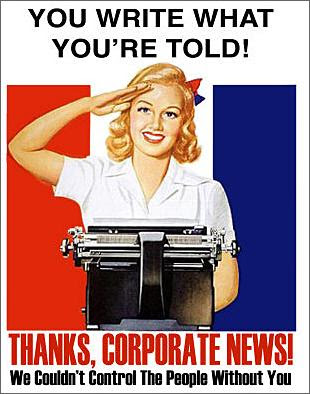 Vernon Small, John Armstrong and Patrick Gower all win this years worst mouthpiece for evil masquerading as Journalism award. Each in their own way have manufactured events into a narrative that bears little resemblance to reality and their collective coverage of the Labour Party conference has to go down in history as the worst rendering of facts to myth since Judith Collins asked 'Mirror, mirror on the wall, who is fairest of them all'.

The Roman Mackerel crimes against humor satirist of the year Award:
Steve Braunias. So. Fucking. Funny. The man is a giant walking amongst microscopic insects. Pebbles Hooper on twitter is a hysterical tsunami of Gen Y cynicism and derision that makes me feel like an optimist. She is hilarious and if there is a god she will get a TV show.

Worst Fox News Democrat Commentator 2012:
Jane Clifton almost had this, but Josie Pagani is the left wing commentator of choice when you want the appearance of balance. Josie somehow always manages to make the other person sound like a raving socialist in comparison. The amount of New Zealanders who consider themselves left wing who bang their head against objects upon hearing that Josie is the upcoming 'left' option in any chosen medium is surely a large contributor to our accident and emergency wards.

ACC should pay her not to appear in any media just to bring costs down.

Tumeke Best TV News Shows 2012:
There are 3 mentions this year.

Campbell Live has done such an incredible job highlighting real social issues this year. Their unending focus on child poverty. The constant attention on the mounting problems Christchurch confronts from school closures to insurance payment delays to lack of basic services to the erosion of local democracy. Their ongoing commitment to holding Novopay to account.

John Campbell's advocacy journalism has set such a high bench mark that only Gerry Brownlee running into a burning Beehive and climbing all 10 floors to save a touring bus load of school children would deny Campbell of the title of NZer of the Year.

Campbell Live has refused to simply entertain, they have challenged and pushed and prodded, and for their efforts they have been attacked by the NZ Herald.

It is not easy to convince a media company to ignore the easy ratings fodder that deadens the mind and compounds the problems, and Campbell Live's tireless work must be viewed within the harsh constraints they must fight each week to get those issues to screen. 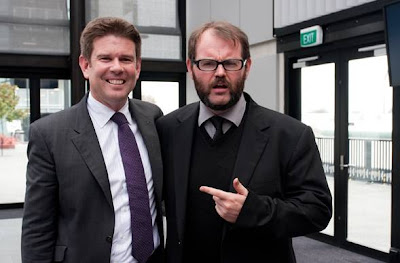 Kudos also to Native Affairs who are quite simply the best current affairs show in the country. They manage to discuss politics intelligently, passionately and with dignity. Native Affairs is an example to the entire industry of what excellence looks like and Julian Wilcox should be declared a national treasure.

If more New Zealanders watched Native Affairs, this country would be a better place.

The third show that deserves respects is Media 3. I wasn't certain that the show would be better when it left TVNZ7, but it has become appointment watching with vastly more critical thinking going on in its timeslot than most stations manage in a week.

MY amusement will come down the trach a bit. It will be when most involved in TVNZ7 come out unscathed along with a majority involved in Campbell Live - it'll be when they all start making excuses for their limpr wristed pathetic boss-directed, ego-driven, looking for a job on Breakfast ambtiond no longer wash.
It'll probably ge when Rawdon Chistie takes advantage if his dual citizenshi and returns home - putting it all behind him as a bad joke,
Tamati tamati Ka-ora Ka-ora has already layed the path.

Come on BB! You are too humble(?) You have to be up the top of the list for me. Our MSM has fallen. TVNZ is an expensive , irrelevant, Auckland self centred load of manure unsuitable for the vege garden. RNZ is slipping, Jim Mora wants all the smelly stuff to just go away. Its just not nice to discuss. Did you never change your kids cloth nappies, Jim? Thinking, intelligent Kiwi's deserve better and need to get cracking to counter this corporatocracy. The Government is the shop front for big business. It's staring us in the face every day. Our Universities need to get a Video /TV network and post its knowledge and talks online. Otago Uni is starting down this route. Policy and Governance Institute at Victoria Uni need to get online. Our Academics are undervalued , underutilised and largely ignored in our MSM. A quality, informed independent, non commercial TV channel is essential and the murder of TV7 by this Government is an utter disgrace and anti-democratic. Two new Chinese channels and shopping channels and no place for TV7! I hope for a Happy New Year BB, but I doubt it. Kia Kaha bro.

As Phil says, our universities need to get on TV and online. Many many years ago there was a slot on the old NZBC's equivalent of TV One, called Education TV. I remember it because I used to watch it.

@ Fern . Yes ! I knew it as ETV and was canned in favour of that cheap little shit Mike Hosking with his infomercial style . It was as shocking as canning the fabulous Kim Hill off Nat Radio and replacing her with Kathryn ' Pass the poison ' Ryan . We've been well and truly head-fucked by the MSM to be colonized by American corporates . There it is . In a nut shell ladies and gentlemen !

"Campbell Live has done such an incredible job highlighting real social issues this year. Their unending focus on child poverty. The constant attention on the mounting problems Christchurch confronts from school closures to insurance payment delays to lack of basic services to the erosion of local democracy. Their ongoing commitment to holding Novopay to account. "

Indeed. Our household has been watching "Campbell Live" more and more. We're seeing more critical journalism and less of the sycophantry that other news media indulge in.

Whoda thunk that a commercial TV station would hold a "free market" government to account - whilst TVNZ was deciding what Reality TV vomit would replace "Close Up"...

A new centre-left government must not only ressurrect public TV with a vengeance - but must ring-fence it's Board of Directors and funding with a legislative force field that would make it immune to lasers, A Bombs, and right wing government razor-gangs.