What now for the Stephen McIntyre case? 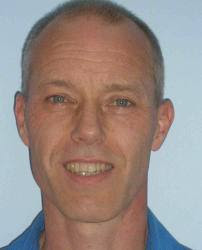 As reported in the HoS in the weekend the next step in the Stephen McIntyre case is to lodge a formal complaint with IPCA. I'll meet with two of their investigators this week to evaluate how independent the process is. The last thing his friends and whanau want is a whitewash.

I would like to thank the HoS, Russell Brown and Radio One for picking this issue up and highlighting it.

Every single reason the Police have offered up to what and why they were at Stephen's house on the 16th July are provably doubtful.

The second justification for being at Stephen's house was the claim when they were there that they could smell marijuana but chose not to use that as a reason to search Stephen's house. This is doubtful because on the 22nd June according to their own fact sheet of Stephen's arrest at Green Cross, that is the exact justification they used to search the office.

On the 22nd June the 'we smell cannabis' was justification enough to search the offices of Green Cross, yet on the 16th July it suddenly stopped being a reason to search his house?

7 other eyewitnesses in the house at the time, Stephen's widow, their two teenage sons and the 4 guitar students Stephen was teaching guitar to all attest there was no marijuana being smoked at the house at all. I contend to readers that the Police lied about smelling marijuana because if they could, they would have searched his house again and would have picked up an easy arrest. They said they could smell it to threaten Stephen.

Then we have Stephen's account where he claims the Police asked how he was pleading, threatened more charges if he didn't plead guilty and claimed to be able to smell marijuana.

Less than a week after that intimidation, Stephen was dead.

My interest in this case goes beyond Stephen being my friend. Every citizen should be deeply concerned over the Police tactics in this case. Do we really want a Police force that turns up on your doorstep at night and asks how you intend to plea in a case while threatening more charges if you plead innocent?

That's the sort of tactics of a Police force out of control and we have seen numerous examples recently of the Police acting as if they are a power unto themselves.

The illegal spying during the Urewera fiasco, purposely deceiving the Courts in the Red Devils case, the jaw dropping incompetence over the Kim Dotcom case and involvement of the GCSB and the recent report into the sexist culture of the Police inspired by the investigation into the pack rape culture of the 1980s that found Police aren't changing.

If we as citizens don't stand up and demand accountability from the Police then we are part of the problem. A complaint to IPCA is the first step towards that.

Stephens' death all but broke me. I knew he was a sensitive soul and suffered from depression - I loved the fact he was so open about that. In the emails we sheared during this period he told me he felt the love of those around him - but, felt uncomfortable, he never let on what that uncomfortable feeling was. When his emails stopped I contacted Green cross to see if he was OK - I then found he had killed himself.

Another disabled man pushed to the point of breaking - we have a system that does this and police who are compliant with this process. I would like to think they didn't do it deliberately - that said, they do push people and they seem to have culture not respecting the process of the courts.

"Do we really want a Police force that turns up on your doorstep at night and asks how you intend to plea in a case while threatening more charges if you plead innocent?"

- during a case I had against WINZ despite winning we were threatened with further "mysterious" allegations if we decided to continue with the case to try and have the current interpretation of the law challenged. The case had already dragged on for a year, support wore out. It felt scripted, on cue... I would suggest that noble individuals aside that our public institutions have gone fascist, in a vacuum that cleaned out resistance to abuses of power... you know, everyday life.. John Kiwi, right he's so popular cause he's our personal gifted savior... what is there to question...