Was Vernon Small at the same Labour Party Conference I was at? 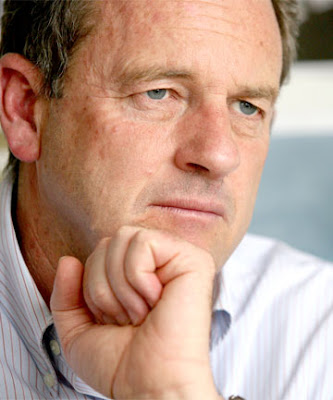 BBQs off in favor of a John Key hangi

I think that the majority of the mainstream media didn't really have a clue about what was looming at the Labour Party conference this weekend.

It was best summed up by Barry Soaper's pre-recoreded political summary on last nights Prime News @ 5.30pm claiming that nothing out of the ordinary would occur at the Conference.

So the sudden chest beating and screams from Vernon Small in todays Sunday Star Times seems driven more out of a sense of ignorance than genuine insight. He wasn't alone, many Labour Party MPs were also blindsided.

They shouldn't have been.

The writing has been on the wall for months now that Labour Party members and affiliates wanted a left wing Labour Party and a leader who was able to articulate that left wing vision and the left wing blogs were the main vehicle for that frustration.

I'm not surprised that the media missed the nuances of what was occurring, they do after all spend most of their time convincing NZers that John Key is the messiah, the sudden rush however to see this as one large leadership plot by a disloyal Cunliffe backed by 'dark forces' as a threat to democracy as Vernon hilariously seems to insinuate suggests that Vernon wasn't actually at the same conference I was at.

Which is funny because I swore I saw Vernon on the media table next to John Armstrong who seemed doubled over from the barrel of poisoned ink he brought along to describe Cunliffe wanting to 'exploit' the new rules set by the membership.

Seeing as Vernon Small went to Afghanistan and didn't think that the fact the CIA were set up inside KiwiCamp wasn't news worthy, I'm not terribly surprised his curiosity doesn't go beyond the surface.

Claiming that 'dark forces' could role a leader are so absurd it's embarrassing having to point out how stupid they are. If a group of 'dark forces'in the Party started a coup, then the members and affiliates who also get to vote would quickly punish anyone deemed to be damaging the Party.

The check is the balance, the wider democratic involvement won't allow that to occur, and if it did occur, then it would need the agreement of the the wider membership.

That's called democracy. 'Dark forces' indeed Mr Small. Who are you trying to be? Cameron Slater?

This was a conference where democracy came to town, where the Party was forced to modernize and join the 21st Century. Yes there was pressure from the 'Cunliffe Camp' and the membership and the blogs and the Unions to see a left wing vision articulated and that pressure won the day. To mistake that for an internal civil war that will benefit John Key is the kind of blinded reporting I expect from Farrar.

Yes BBQ season was open with the new dynamics of the thresholds, but it was dependent on Shearer lifting his game to the level members were demanding.

So the question was did Shearer do enough?

Yes. Yes he did. It was a great speech. Finally. It was like Pagani never existed. 100 000 homes, and not one beneficiary on a roof amongst them.

It was radical for Labour, it spoke of a managed Capitalism, not the vicious vagaries of the failed free market experiment. It stated that there is a role for Government to help people directly and we should not feel ashamed to proudly declare that responsibility.

Shearer didn't go to the mountain top, but he cleared the Sky Tower in a single bound.

The members and the affiliates finally heard what they wanted to hear from Shearer, a left wing political position and he articulated it with the energy they demand. The pressure to force a change of direction after the disastrous centrist crap that started Shearer's leadership was obtained by the Labour grassroots forcing the issue with yesterdays change of thresholds.

Despite how the msm try and spin it, this was democracy in action. It's interesting that concept should scare them so much.

If the Shearer camp decide to see the weekend as a leadership challenge and force a vote next week under the old voting rules it will be a sham and if they go a step further and punish Cunliffe, then they could create another backlash on the blogs.

If there is anything Labour should have picked up from the last 48 hours, it would be not to ignore the blogs.

Shearer was challenged and he answered. Yes he still needs to polish his ability to articulate that vision outside of a Conference setting, but he has stood up to the scrutiny and passed.

It's up to Shearer to prove he deserves the trust the conference has put in him.

When the Labour Party Leadership have finished fighting with members over their democratic right to have a say in the direction of the Party, could they start holding John Key and his despicable Government to account?

We can put the BBQ aside and start roasting the National Party.

Yes, so the Shearer brigade has subscribed to the theory that if you cant beat em, join them. They have clearly moved left towards Cunliffe's vision, great. But I dont know why Cunliffe is getting grief from the Shearer camp, it was the membership that passed the 40% remit, not Cunliffe. Shearer should have shown some humility and spoken about this in his speech, acknowledging the memberships decision perhaps apologising and clearly stating that the caucus will make changes to reflect the memberships wishes, its called LEADERSHIP. But NOTHING, just a few words about ambition. The Shearer brigade are trying to push narrative around Cunliffe being too ambitious, what a load of crap. Look at Cunliffe's supporters, Moroney, Mackey, Dalziel, Mahuta...these are genuine and caring politicians versus old school Machiavellian types such as Mallard, Goff, King. In the end of the day, Shearer has taken on Cunliffe's ideas, why? Because he is too fucken dumb to work out any of his own. Great policies though!

It's hilarious that the pro-Cunliffe brigade are the same people that only two years ago were naming him a "neo-liberal snake in the grass". Funny how things change, isn't it?