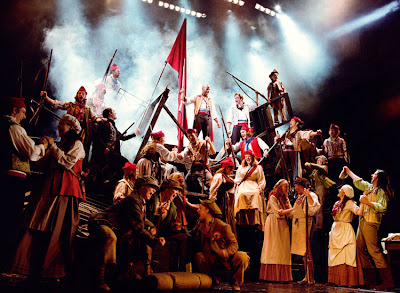 Many in the media seem to have been taken totally by surprise by the voting decisions at the Labour Party conference and are now attempting to turn the issue into some great Machiavellian plot by David Cunliffe.

I think that version is more to do with their inability to have seen the writing on the wall for several months now that the membership of the Labour Party actually wanted to take their party back so we can't expect the media to have a very clear view of what happened nor can we trust them to get the basic facts of what the new thresholds mean.

Patrick Gower's constant questions to Cunliffe were fun but not particularly enlightening, and Prime TV's Barry Soaper pre-record yesterday that predicted nothing was going to happen at the conference and that Shearer was safe highlights how out of touch many in the msm was with what was really going on.

So let's have a look at some of the claims now made because it would seem that the truth of the thresholds actually makes it easier to lodge a challenge than is being suggested by Farrar.

The remit for February calls for the Leader to have 60% + 1 confidence of Caucus. 60% of 34 is 20.4 plus one is 21.4. You can't round down and make the threshold meaning the successful challenge actually needs 13, not 14 to challenge and the leader needs 22 for confidence, not 21.

So a challenger requires 13 to challenge not 14.

If Shearer's response to the members decision is to attack Cunliffe for disloyalty and attempt to punish him for the decision by the wider Party to have more of a democratic say in who is the leader, then the real threshold to challenge Shearer is lower than being reported and as such could become a catalyst for a showdown.

Thanks for that clarification, Bomber. I'm finding the MSM analysis of this conference baffling. They're quite literally reporting a crisis, and accusing the blogosphere for creating it. It's not anchored in any reality that I can actually find in any facts they are reporting.

I can't get past the fact that Labour and National are one and the same .

Don't forget . Labour hatched a nest of black hearts that pillaged our country and created an underclass the envy of the psychopathic western world .

I don't fuck about with tiny details . I don't have time and even if I did I couldn't be arsed . I'm a ' big-picture ' man . I look at Labour squeaking away as they've done for years to no avail.

The Labour party is the quintessential ' confederate ' political party . They run offense , defense , through the fence , under the fence , around the fence but mostly sit on the fence lest they cause offense to their Masters the Corporates whom they created with our taxes and person-power and whom we are now enslaved by . Seen you power bill lately ? Is that an example of a politician working for you ?
Politicians work hardest at keeping the truth from the door .

I look at National just fucking ripping into the most vulnerable they created and I see no end to it .

Fuck Shearer and fuck Cunliffe . Since you haven't proven yourselves in the ring by now ( Like Hone Harawira ) then you never will so fuck you .

You Labour men and women . Look at yourselves ! Most of you are well educated , well fed , well paid and have your cushy perks and per-diems . Fuck you !

Move into Aranui and take a pay cut back to 18 k a year . Move into the kitchen , the only warm room in the house , with your toddlers and their drunken , violent , angry , lonely , sorrowful , desperate , hopeless father .

I've seen , first hand where lost souls come from . I know how easy that would be to fix . So do you . Then what are you waiting for as you posture and sport with the chaps ? As I've said before and I'll say it again . Fuck you !

Yep I can relate to that Countryboy. I won't be voting for Labour again (after a lifetime) JUST based on the current (now) desperate attempts to reconnect with the electorate - now that a number of Labour politicians have just learnt where their supporters are actually at, rather than where they thought they were at.
I just got back from a little Tiki tour of Rotorua, Bay of Plenty and environs, and witnessed forests being raped in favour of shitty dairy conversions; of absolute poverty; of ghastly gated communities and property development - emulating Brisbane - even to the extent that some of the lamp standards were identical to Brisbane suburbs; and of a very very obvious gap between an elite and a growing underclass. It's all been aided and abetted by National AND Labour THEN NAct again - though all accelerated by NAct again. I'm still not convinced that Labour is actually an alternative YET.
Despite some signs coming out of the conference, I'll be waiting to see the small print before they ever get my vote again.
I'm still not actually convinced that's what we want.