If Labour have finished mutilating The Standard... 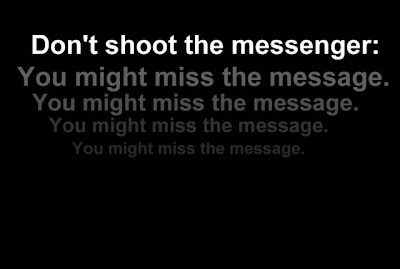 It's not Shearer's fault that he can't perform in interviews and it's not Labour MPs fault for choosing him, it's all The Standard's fault???

Shearer's odds of being leader of Labour by March 1st 2013 have plummeted on iPredict from 90% to now just 51% in one day. Ouch

The last 24 hours of Labour responding to the attacks on Shearer's leadership by one of the largest left wing, pro-Labour sites in the NZ blogosphere is as self mutilating as it gets.

Little’s reply to a journalist about the blogs, “The blogs dont get to vote in the labour party, so we dont pay much consideration to it”. Clayton Cosgrove's, “Blogs,who cares about blogs” and Shearer's "I don't read blogs" and that they are "nonsense" are about as close to a modern day political suicide note as one can get.

If Labour MPs have finished shitting on The Standard, could I ask where they expect to get the volunteers to stuff letterboxes in 2014?

National would never attack whaleoil or Kiwiblog because they understand the power those blogs project, what we are seeing by the Labour front benches is a total lack of awareness of what they are attacking.

What I think we tend to forget is that Shearer is actually older than Key and what he and Little and Cosgrove are expressing is genuine ignorance of the political and media importance of the blogs and don't comprehend what slagging the Standard off will create.

It's like all 3 of them have taken Claire Curran's dream of a Labour Party with a modern forward looking electronic electorate and smashed it into a thousand pieces with hammers first used to knock down the doors of a local library for book burnings.

The strategic backlash of what they've started by attacking their own online supporter base is difficult to calculate. Watching Labour Party MP after Labour Party MP slag off The Standard is as surreal as Republicans turning on Fox News.

No one from Team Obama would have attacked the Huffington Post, the Greens cherish their activist base and even when they got out of hand and got a dad growl from Russell Norman during the election with the clever vandalism of National Party billboards, the Greens never went as far as Labour MP's did today by slagging off their own foot soldiers.

We are hearing the groans of political dinosaurs trying to use iPads. By bitching about 'the blogs', Little, Cosgrove and Shearer all came across about as out of touch as John Armstrong did when he threw his toys out of the cot and launched into his ill-judged tantrum against bloggers.

If Shearer and the ABC manage to kill off a lowered caucus voting threshold in February and limp on towards 2014, the first thing the leaders office needs to do is make peace with the left blogs and bring them into the loop. If they don't, the attacks from those blogs will become a day in, day out occurrence for the next 2 years far more bitter and bloody than the mainstream media could ever muster.

In trying to win the battle by cracking down on their own blogs, the Labour front bench may have lost the war.

couldn't agree more...curious to know what the sage pagani thinks:)

Spot on Bomber, for the record: I read the blogs, im a member of Labour and I have a vote this weekend. My major concern is how weak and out of touch our caucus seems, its a real worry.

Yeah that would be why David Parker was attacking right wing bloggers on the news on National Radio as I drove home last night.

If the unelected and unelectable morons at the Standard decide to shit in the Labour bed then why the faux outrage if Cosgrove, Little et all tell them to fuck off.

" What I think we tend to forget is that Shearer is actually older than Key and what he and Little and Cosgrove are expressing is genuine ignorance of the political and media importance of the blogs and don't comprehend what slagging the Standard off will create. "

What the fuck are you on about ?

Get a perspective. The Standard is a fucking joke.

Labour leaders need a couple of on-to-it interns who will read the blogs and give them a one-paragraph summary of each post.