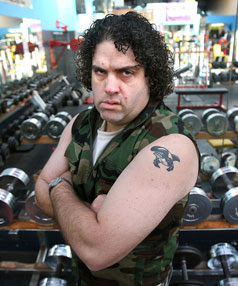 Hoisted by his own harpoon.

Back in 2009 I worked with Matthew Hooton to do a piece for Medlabs looking at the impact of the swap over of service providers. It was clearly identified as a Medlabs operation and I fronted it asking people questions of the new service and the story made the news.

To my regret I blogged against Paul Henry's comments on Medlabs a couple of days before it went to air. At the time Cameron Slater went on a jihad against me screaming that I was whore for blogging on the subject days before anyone knew I had worked for them.

I accepted that was out of line and apologized and it led to us setting up a disclosure on Tumeke to allow readers to know where our conflicts of interest lay. Even though it was only a matter of days between my comment and the item appearing on the news, the principle that you should know if a blogger is writing their opinion or speaking someone else's is pretty sacred.

Which brings us to todays extraordinary confession on Media 3 this morning by Cameron Slater. Russell Brown landed a square blow to Slater's jaw by asking him directly if he took money to write blogs, Slater's response that he did and his puerile justification that spin drs want attention so he gives it to them for a fee was possibly the new gutter low for the NZ blogosphere.

Let's remember that Cam couldn't denounce me as a whore fast enough for blogging about a topic days before I was clearly attached and being paid to front the issue, yet he has the audacity to try and defend his actions by saying to people (and I'm paraphrasing the defense he has given to others) 'his audience values him not for journalism, but for saying things they agree with, and therefore there's no conflict between taking a slice of a PR or spin agency's fee to do part of their job for them'.

This is pure sophistry.

Shouldn't Slater's readers know when Slater is offering his opinion and when he's being paid to spin? To claim they are coming to him not because he tells the truth but because he tells them what they want to hear and offer that as a justification is about as deceptive as you can get.

Now we know he takes PR money to spin, shouldn't Cam be honest with his readers and identify the issues he's purposely manipulated?

When he attacked Kate Wilkenson over her labour relations laws, was that paid spin?

When he attacked Hell Pizza franchise holders complaining about Hell Pizza, was that paid spin?

When he attacked the meat workers union in their Talleys/Affco dispute, was that paid spin?

When he published the private work employment details of a wharf worker, was that paid spin?

When he attacked the wind turbine industry, was that paid spin?

Cameron sells himself as this little kiwi battler taking on the lefty pinko establishment with his hard hitting blog when the reality is that he takes PR spin doctor money to twist stories and spread their propaganda without honestly disclosing that to his readers.

Cameron called me a whore for blogging about an issue I was paid for days before it was publicly launched, so what does the disclosure that Cam has secretly been doing that without any such public acknowledgement make Cameron?

Every issue you blog about now Cam will start with one question - "are you paid for this opinion Cam'?

I think the whale just beached himself.

Being a beneficiary at the time, I hope he reported that extra income to WINZ.

Is anyone genuinely surprised or shocked by this revelation?

@ David - if he didn't, I think WINZ will be knocking on his door very shortly.

As for taking money from spinmeisters, like Nitrium I wasn't at all surprised. It fits his character perfectly.

Jeezus, at least I learned from my mistakes as I got older - Cam just seems to repeat them ad infinitum.

There ! There it is ! The fatal flaw that is in the RIGHT ! Tumeke is so close to striking the fatal blow it makes me itch with anticipation . Take humanism . Add money . Stand back . Watch implode . Patience is it's own reward . I fucking LOVE to watch arse holes dig their own graves . It's the very coldest form of vengeance .

The few times I’ve read that blog, bizarre, he’ll have you believe unions caused the Great Recession of 2007 and Trevor Mallard is the antichrist - weird.