The real cost of the Private Prison experiment 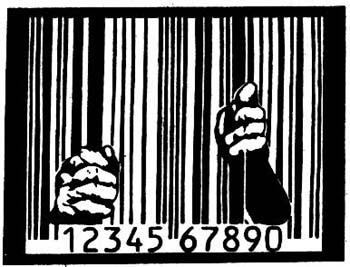 The worst part of the private prison experiment is that the contract hasn't been before Parliament so that it can be scrutinized. We have no idea what we are signing ourselves up to for 25 years, SERCO are telling the London Stock Exchange more than they are telling us.

This month SERCO told the LSE they would be making $29m per year from their private prisons in NZ, over 25 years that's $725m. Please tell me that's included in the $900 million dollar cost to build Wiri?

How is it that we have $29m per year to pay for private prisons but we don't have money to feed children in school before they end up in that private prison?

The argument that this will save us $170m over the life of the contract is optimistic beyond credibility.

Another feature of the deal seems to be that we will pay for 960 beds at Wiri even if the prison isn't full. The incentives built into this deal favour SERCOs profit margin, they don't favor the social responsibilities to the wider community.

That ACC is a major shareholder in this private prison venture is the truly sick part. They will generate earnings from public investment into locking people up. The more people locked up, the more profit. This has all the morality of our Hospitals investing in blood diamond mines.

When Wiri is open, NZ will have the highest proportion in the world of prisoners in private prisons. This has happened with zero consultation over the long term implications of connecting corporate profit to incarceration.

Will SERCO be more honest with us than they have been in Britain? Here they are in the Guardian today admitting to providing false information to the NHS in Britain...

Serco gave NHS false data about its GP service 252 times
Serco, the leading private contractor to the government, has admitted that it presented false data to the NHS 252 times on the performance of its out-of-hours GP service in Cornwall.

Interesting that National are expanding the prison capacity right when beneficiaries are about to have their benefits cut. Todays-welfare-recipient-is-tomorrows-prisoner isn't much of a social policy, but then again, this isn't much of a government.

It is despicable that a company should profit off the misery of the poor.

@ Alex . It's worse than despicable ... it's reality . This government is blatantly and knowingly creating the very resource that private prisons need .

The very poor and consequently the very desperate commit crime . Poverty robs a person of their self respect and when that's gone , you have a prisoner in waiting . If I'm correct , Nigel Latta will know that . Is that what he received his Order Of Merit from the Governor General for ? A Governor General who isn't directly influenced by the Queen so I heard . So he can do what ever the fuck he likes . And he's an army man . Is he applying the tactics of The Art Of War against us ?

The way poverty stricken people are constantly demonized is inhumane and when they're in prison they're treated inhumanely and from that cocktail of misery we expect them to reacquaint themselves with their humanity to become better citizens . And people actually believe that .

This situation is truly awful . Our political regime is out of control . I'm absolutely fearful for our future . What can be done ? I felt utter despair as I watched the news and saw that leering gremlin in a frock also known as minister of ' corrections ' digging that hole with her digger . And those old truncated legs jammed into her gumboots as she stood defiantly and arrogantly while smiling as she thrilled at the lives she had dangling off her finger tips ... The whole scene was bizarre and unearthly .

AGAIN....why doesn't someone in the MSM ask the jonky what his definition of fascism is!

JUST like 80 years ago, incrementtally, democratic functions of state were chipped away at. Oh it won;t happen here though will it!

With the way this Government is behaving under the sterling leadership of sociopath-in-chief John Key, I wouldn't be surprised if they attempt to bring back the death penalty next (disappointingly, I suspect that there is likely a majority support for it by our fellow countrymen). They will be able to ram it through when the prison's budgets run out of control and/or the prisons are full to the brim (both are inevitable given the policies the Government are implementing).