Who "owns" the water? Depends, doesn't it.

Ownership definitions can be legal, social and economic and rest on particular circumstances and informed by historical evidence, but the two central issues in an answer to ownership or what can and can't be property is:

1)What is the capacity or extent of possession (the physical holding, control, occupation and use of something by someone), and
2) What is the extent of the acceptance by others to the right to possess (esp. others in a position to challenge or cross-claim).

With this assessment we can start to build a picture of property rights. The strongest rights will be those where someone both physically possesses something and that possession is recognised by everyone else; and weaker rights being where someone possesses something without any acceptance by others that they should, or the other way around: having their rights accepted but not being able to hold or use it (which could be for any number of reasons).

The debate over water brings the ownership/property right to the fore, but the discussion is typically racialised without recourse to any philosophical position, or is blurred in preference to a racialised position reflecting the cultural identity, assumptions and fear of the proponent. 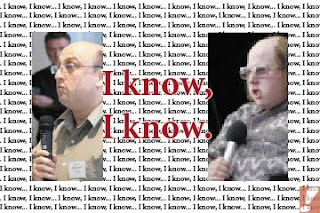 The Tory's online cheerleader puts the usual Pakeha angle thoughtlessly, unreflectively and succinctly enough to afford a useful analysis:
-----
Kiwiblog:
The view of King Tuheitia that all water is owned by Maori and should be controlled solely by Maori must not be accepted.[...]What annoyed me over King Tuheitia’s views is the damage it does to the generally tolerant New Zealand we have. There are genuinely divergent views on issues around the Treaty and Maori in New Zealand. That is inevitable, and will always be the case.

However many, even most, people place greater value of having relative harmony in race relations than insisting that the law must reflect their personal views. Take the Maori seats as one issue.
-----

He sums up the Pakeha view quite well. First he just states straight out that the Maori position should not be accepted - must not be accepted. This is normal: Pakeha are the dominant group in NZ and don't think it necessary to explain, defend or even critique their own assertions when it comes to telling Maori what is what.

The reason why it "must not be accepted"? Race relations: "relative harmony in race relations". In other words the dominant group will turn against Maori if Maori say they have rights to certain things. The corollary of this is obviously that Maori have to shut up, drop their insistence to their rights and just accept whatever the hostile, ignorant Pakeha public wants. At this point he then goes on to make an extraordinary leap to say that the Maori stance is merely a "personal" view. A personal view... of hundreds of thousands however. If a view differs from his own personal conception of race relations (meaning the relegation of Maori to Pakeha interests) then he thinks it is a personal view!? His attempt to equate Pakeha refraining from abolishing the Maori seats as some sort of quid pro quo for not having recognised Maori rights and interests is as simply racist as it is simply a sad reality of living in a colonial context.
-----
Now this tolerance and desire for harmony should go both ways in my view. As someone born in New Zealand, who has no other country they call home, I get upset when the Maori King advocates that I have no rights to water in New Zealand – that Maori should control, manage and allocate water. And a hui is held to seemingly advance this view.

And I am not alone in getting upset, when such claims are asserted. The vast majority of New Zealanders find such a claim repugnant, and the impact of such posturing is to diminish the pool of goodwill that exists. It will create a climate where support for settling historical grievances will evaporate, where tolerance of the Maori seats will diminish.

So Maori - in this Pakeha view - are to be subject to a low threshold of Pakeha intolerance, but Maori must have basically unlimited tolerance to put up with whatever Pakeha impose - and this is held up as the recipe for race relations harmony. It is template for the domination and dependence of Maori; and the Pakeha wouldn't have it any other way - certainly not this one. This is the colonial conceit common in every country taken over by European immigrants: the natives can co-exist with us as long as they do what we tell them, when we tell them and how we tell them, and if they don't... they don't get to exist anymore.

Along with the conceit is the sheer hypocrisy, especially considering what is going on in Canterbury right now. The elected regional councillors were sacked by the National government because they refused to allocate water to the farmers. The government intend to extend the undemocratic take-over until their appointees can give all the water away to their farmer chums. The scarce water resource on the plains are being divided as if the Crown owns it all. The water is valuable, it can be put into the possession of someone and those rights are recognised by the council and the other Crown agencies, so it does have all the attributes of property and ownership as discussed above. Pakeha don't have a problem with the Crown owning it of course because the Crown is an instrument of the Pakeha and can be relied on to do their bidding (against the interests of Maori).

The facts of how the official Crown position of "no-one owns the water" came about and how Pakeha think about water is ignored. The fact is that in most instances the Crown (and Pakeha via the Crown) asserted control over various water bodies against the wishes of Maori. The story of why the Crown controls water is shameful, unlawful, unconstitutional (Treaty breaches at the least) and opportunistic in the extreme. For example the original declaration of war by the NZ government on the Kingites and Tainui in 1863 prohibited all Maori travelling by night from the waterways around Auckland. That confiscation declaration took all the lands "up to the waters" of the Waitemata and Manukau. The reason the Crown can claim control is because they murdered and massacred their way through the country on an aggressive 'ethnic cleansing' mission - and seeing as how the Crown is bound by the Treaty that can be no basis for legitimate ownership of the land, the water or anything else in those areas for that matter.

-----
NZ Herald:
Prime Minister John Key is unconcerned with reports iwi will boycott the first "shares plus" hui today, saying they are "more than welcome" to choose not to attend.
The hui in Hamilton will be the first of six around the country to discuss the Waitangi Tribunal's "shares plus" idea, which would give some Maori shareholders additional rights - an option the Government has all but ruled out as it pushes ahead with the partial sale of three state-owned energy companies.
Tainui iwi were invited to tonight's hui but Waikato Tainui and Ngati Koroki Kahukura had indicated they would not be going, Radio New Zealand reported.
Ngati Maniapoto and Ngati Raukawa could not be contacted while Hauraki still planned to go, RNZ said.
[...]
Finance Minister Bill English, who will attend the six hui in 10 days, yesterday said he was confident the partial sale of assets could go ahead next year if market conditions allowed.
"The Government is confident that in law no one owns water, and is also confident that proceeding with the share offerings will not compromise its ability to recognise those rights and interests that Maori do have in water."
-----

Trying to circumvent and pre-empt a Maori national discussion and position is an attempt to undermine the Kotahitanga affirmed at the hui convened by Kingi Tuheitia. This is the same Crown behaviour that has a long pedigree and usually preceeds conflict as the Crown does whatever the controlling inner Cabinet of Pakeha ministers decide upon - taking a few favoured kupapa along for the ride - using them as justification and providing an argument that assent has been obtained from Maori.

The wheels are already falling off the NZ government's divide and rule tactics.

After reading the article we have to strike out most Iwi from the first hui. Whanganui will be dominated by Maori Party figures most likely so they will tow the Crown line and show up. Ngai Tahu are corporatist and familiar with government engagement and will probably attend. Tuhoe on the other hand may well tell them where to stick it. At best it will be a half-pie process.
-----
The hui:
- Tuesday 18 September, Tainui waka iwi including Waikato, Hauraki, Ngati Raukawa [?] and Ngati Koroki Kahukura, in Hamilton
- 19 September, Ngati Tuwharetoa and Te Arawa, in Taupo
- 19 September, Whanganui Iwi, in Whanganui
- 26 September, Tainui waka iwi Ngati Maniapoto, in Te Kuiti
- 27 September Waikaremoana Iwi including Ngai Tuhoe [?], Ngati Ruapani and Ngati Kahungunu ki te Wairoa, in Tuai
- 27 September, Ngai Tahu, in Christchurch
-----

Excellent point about the racist double standard between the Crown granting water rights for Canterbury farmers, but not collective rights for Maori kaitiaki.

Also, I wouldn't write off all Pakeha as supportive of the Crown's reactionary position. Through the evolving debate around asset sales, an increasing number of Pakeha are beginning to get some inkling of the raupatu that Maori have been subjected since colonisation began.