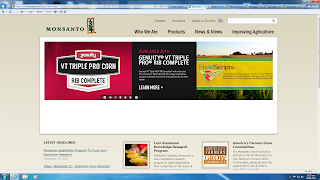 Love corn? Will we be loving it to death?
-----
RT:
French scientists have revealed that rats fed on GM corn sold by American firm Monsanto, suffered tumors and other complications including kidney and liver damage. When testing the firm’s top brand weed killer the rats showed similar symptoms.

The French government has asked its health and safety agency to assess the study and had also sent it to the European Union's food safety agency, Reuters reports.

"Based on the conclusion…, the government will ask the European authorities to take all necessary measures to protect human and animal health, measures that could go as far as an emergency suspension of imports of NK603 maize in the European Union," the French health, environment and farm ministries said in a joint statement.

Researchers from the University of Caen found that rats fed on a diet containing NK603 – a seed variety made tolerant to amounts of Monsanto's Roundup weedkiller – or given water mixed with the product, at levels permitted in the United States – died earlier than those on a standard diet.

The research conducted by Gilles-Eric Seralini and his colleagues, said the rats suffered mammary tumors, as well as severe liver and kidney damage. The study was published in the journal of Food and Chemical Toxicology and presented at a news conference in London.
-----

More relevant is what GM products will do to humans - and looking at the American population we may conclude it causes rampant obesity. On the Monsanto website it is difficult to determine what is and isn't genetically modified ('GM') because they just say it's all 'biotechnology' without making a distinction in order to obscure and camouflage what they are doing:
-----

Biotechnology, or genetic engineering, is the process of inserting a gene from one species, like a plant or a bacterium, into another species. Typically the gene inserted will express an advantageous characteristic in the plant, such as the [...]
-----

No, that's genetic modification - one aspect of biotechnology. By conflating the two and using 'biotechnology' instead of 'GM' or 'genetic engineering' Monsanto tries to avoid the flack (their generic made-up names like Genuity® can't hide what it is.) And there's heaps of flack:
-----
RT:
Last Friday France said it will uphold a ban on genetically modified crops produced by the American biotech giant Monsanto. The move came as President Francois Hollande pushed his plan to put the environment back at the top of the international agenda.
-----

The US government sees GM as an advantage held by Monsanto and other American corporates in the world trade system, if only the other countries would just relent and let it in. These are some of the nasties to watch out for in any trade deal with the Americans.

It's just a wee bit of cancer anyway, look - he's smiling isn't he, it's probably quite benign... 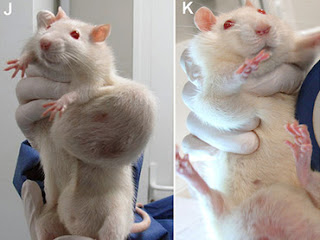 See and item on BBC this morning ? About super weeds ? Weeds that have developed an immunity to the weed sprays used to kill them in GM crops in the USA ? One farmer was using 28 times the recommended strength of weed killer just to keep ahead of his super weeds . Chillingly , the pollens from those so called super weeds gave his kids sever asthma and other respiratory problems . About 4.30 am NZ .