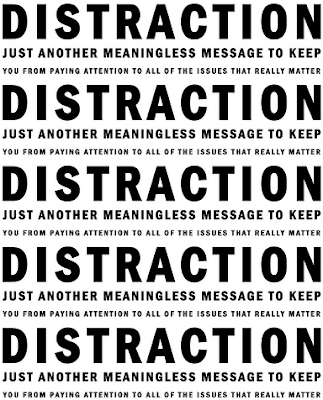 Paula Bennett is a sick joke isn't she? Illegally publishing personal details of two solo mums who protested at her cutting a training allowance that Paula herself had benefitted from, being told that was a breach of privacy by the Human Rights Commission and then having the audacity to declare she would do it again.

There was the time she climbed on board Michael Laws redneck express and mused public thoughts about how to stop poor people from breeding, because when you want a reasoned discussion of the facts, you immediately rush to have it on Michael Laws talkhate radio.

Then there was drug testing beneficiaries which will end up costing us twice as much as it will save us.

Whenever the Government require a distraction, Paula trots out a new bennie bash to keep the publics attention, and the nonsense of stopping the benefits of those with arrest warrants is her latest brainfart.

I've detailed all the ridiculous consequences that will occur under this arrest warrant pogrom, and it seems the wheels are coming off it less than 24 hours after launching it.

Look at the original uncompromising language from Paula in her press release yesterday and compare it to the backpedaling today.

It's no longer the 8200 beneficiaries with arrest warrants Paula will be cutting after 38 days, now it's just 'Kidnappers'...

Kidnappers among targets in benefit plan
Kidnappers are among the serious violent criminals whose benefits police will be able to block.

Under sweeping benefit reforms to take effect next month, police will work closely with the Ministries of Social Development and Justice to match data on beneficiaries in trouble with the law.

The Ministry of Social Development will stop benefits to people with outstanding arrest warrants who do not turn themselves in after 38 days, and police will be able to tell officials to cut benefits to serious offenders.

A spokeswoman for Social Development Minister Paula Bennett said a person would be considered a danger to the public if they had committed serious, violent crimes and were on the run from police.

...ah, yes. That all important 'kidnapper beneficiary' who is bleeding this country dry with their abuse of welfare.

The reality of arresting all 8200 must now be dawning and now it's damage control spin to pretend it'll just be the worst offenders.

Being able to blend beneficiary into offender has been seamless, well done Paula.

This is idiocy wrapped in spite.

She's bloody brilliant!
I am nominating her for a Charles Dickens award in two categories:

She's a shoo-in for both I reckon.

Blaming others can lead to a "kick-the-dog effect" where individuals in a hierarchy blame their immediate subordinate, and this propagates down the hierarchy until the lowest rung (the "dog"). A 2009 experimental study has shown that blaming can be contagious even for uninvolved onlookers.[6]
As a propaganda technique

Blame is closely associated with labeling theory, in that when intentional actors act out to continuously blame an individual for nonexistent psychological traits, and for nonexistent variables, the actors aim to induce irrational guilt at an unconscious level. It is a propaganda tactic, to use repetitive blaming behaviors, innuendos, and hyperbole in order to assign negative status to normative humans. When innocent people are blamed fraudulently for nonexistent psychological states and nonexistent behaviors, and there is no qualifying deviance for the blaming behaviors, the intention is to create a negative valuation of innocent humans to induce fear, by using fear mongering. Blaming in the form of demonization has been used by governments for centuries to influence public perceptions of various other governments, to induce feelings of nationalism in the public. Blame can be utilized to objectify people, groups, and nations, which can typically negatively influence the intended subjects of propaganda, compromising their objectivity. Blame is utilized as a social control technique.

In short ... fuck you Nigel Latta and Fuck you Paula Bennett you nasty bitch .