4 Kim Dotcom questions: How could the GCSB miss a half million dollar fireworks display? 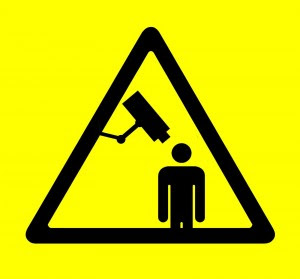 This case is a train wreck.

Illegal search warrants, illegally sending Kim Dotcom's property to the bloody American's, the deep suspicion that this whole exercise is one giant symbolic territorial pissing game for the Yanks to show the Chinese that NZ is 'theirs' and in doing so, expand American jurisdiction into the on-line cyber world.

Train wreck is putting it politely, but now with yesterdays revelations that the GCSB were illegally spying on Kim Dotcom? This became a Train wreck that crashed into a kindergarden while showering a retirement village in glass.

Questions that need answering:
1: How does an intelligence service tracking Kim Dotcom miss him becoming a resident? He spent $500k on fireworks to celebrate! Are they blind?
The line of defense right now is that the Police misinformed the GCSB of Kim's residency status. This defense raises it's own questions like, 'how on earth could an intelligence service not notice he had become a resident' - it's not like Kim Dotcom was backward in coming forward over Immigration granting him and his family residency, he spent half a million dollars on a fireworks display. How does the GCSB miss that?

If illegally spying on a domestic target while planning a massive FBI action in NZ doesn't require Ministerial sign off, what does? Invading Mars?

Campbell Live has done an incredible piece looking at how everyone other than Key seemed to be aware of who Kim was.

3: Who actually asked the GCSB to spy on Kim Dotcom?
The quick spin will be that it was the Police who misinformed the GCSB of Kim's residency status but a far bigger question is who asked the GCSB to spy in the first place? This spying would have occurred from the spy base connected to the US echelon security system, was it the US who ordered the spying? Seeing as this entire case seems to have been driven by the American's, is it that much of a stretch that they told the GCSB whom they believe they run anyway to start bugging Kim?

4: What did our Governor-General know?
This is the crunch question. The official story is that the decision to spy on Kim Dotcom was made under Sir Bruce Ferguson's watch, not the new Governor-General Jerry Mateparae, but that timeline makes things difficult.

Mateparae replaced Ferguson on 7th February 2011 but Kim Dotcom's residency issue occurred in December 2011 2010 meaning the spying on Dotcom was occurring during Mateparae's time as the GCSB boss. While Mateparae may not have ordered the spying, he must have been aware it was occurring.

The mainstream media must not allow Key off the hook on this one, we have laws reigning in the power of state surveillance for the safety of us all.

It should be no surprise to know that the Americans have been fucking around with our Li' o'l New Zealand for years . Our culture , for the want of a better word , is American . It's certainly not Mother English . We'd have style , grace and class dahling if it was . What we have instead if a country full of fearful , frustrated thinkers rubbing shoulders with dangerous , lazy , littering red necks who think skidding their cars tyres is the very height of creativity and all being played by jonky-stien-clones who like to rub their scent glands on their wallets .

I know we have a mincing ninny prime minister who flies to America ( Fuck Yeah ! ) to watch his boy play ball while our dead soldiers are relegated to behind third base .

And a few poisonous words about Winsome Bleaters and jonky-stien . If anybody seriously considers analyzing those two side-show goofs and their latest spin on their old pantomime ... fuck off . Buy a farm at low tide . Buy some beans . Believe what the hooker tells you about the size of your penis . The New Zealand Herald is a good news paper isn't it ? You might believe cats are good for native bird life . You might argue that GM food is healthy for you . Unless you're a rat and no disrespect to lawyers . We need power price increases because we're short of the water no one owns don't we ? You believe poverty is good because it keeps you skinny and being skinny means you live longer ... in poverty . You believe the horse shit falling out of Winstons flapping maw . You vote for jonky-stien and afterward when you feel dirty and cheated , you can't explain why you did it then you're terrified you'll do it again and you'll still not know why .

A talentless Ten Ton German multi millionaire thief is done by heavies employed by USA psychopaths and we Kiwis are left to look fucking incompetent because jonky-stien needed to scape-goat someone to retain the facade that is his being Prime Minster Elect of New Zealand , a member country of the British Commonwealth .

What we have to come to terms with is who will be our better masters . The Chinese or the Americans ( Fuck Yeah ! )

These are heady times Ladies and Gentlemen , Grey's and Martians .

Just in case you're taking life far too seriously .

"You can't see it.(The greenstone).
It looks like normal fabric.It's their top of the range fabric produced out of New Zealand,"Mr Keystone said.
"Dude. Your matrix of pounamu washed exterior armour is falling to pieces,"Mr Citizen said.
"Aw,shucks.Actually it was making me itchy,"Mr Keystone said.
"Slip into something less obvious,"Mr Citizen said.
"What? Like that fairy story about the emperors new clothes? I haven't read it but I know the story," Mr Keystone replied.

Sorry bomber, you're missing the point on this one.
Since citizenship/residency is the sole criterion for GCSB determining whether or not a 'target' can be subjected to their surveillance, and GCSB is, above everything else, a bureaucracy, it is inconceivable that this agency wouldn't have a rigorous process for ascertaining any individual’s immigration status.
The issue isn't that they ,along with every other law enforcement agency in NZ, broke the rules when they investigated Kim Dotcom, because if that were so, it would mean that alla of these separate fiefdoms independently arrived at the same conclusion; that it was in their best interests to kiss yankee butt.
I'm afraid after too many years close proximity to the higher echelons of bureaucracy I just don't believe that the pettifogging minor tyrants who head up NZ’s little ponds, would unanimously agree on anything, let alone something as contentious as making their principality the agent of change for NZ foreign policy.

Nope, I reckon the agencies (police, SIS, GCSB, and solicitor-general's mob) just went about business as usual when it came to Dotcom.
Business as usual includes the casual breaches of NZ's rather weak 'guidelines' on search & seizure.
It didn't occur for one moment that this culture of lackadaisical uninterest in NZ citizen's liberty would be called into question.
Why would it? as has been demonstrated time and time again kiwi courts don't give a toss about the methods police and SIS use to obtain their evidence. A judge decides the evidence is too valuable to be excluded and that is it.
Challenging every part of the law enforcement process is not only pointless it is hideously expensive, & lilely to piss off judges that consider such efforts ‘timewasting’ so defendants are consistently advised by their briefs not to waste effort on making the case like a US legal drama.

Not so for Kim Dotcom however, the big frogs in their tiny Wellington ponds didn't consider that however much kiwi judges may prefer to give claims of burglary by officialdom the hairy eyeball, US courts still lap that shit up.
Not many kiwis are aware that US asset seizures only allow an accused one extraneous use of money that has been seized and is being held by the govt pending conviction.
That is to fund a defence. So it isn't uncommon for every last cent of an alleged coke dealer's $10 million stash to be spent trying to spring a chap whose odds of an acquittal are nil and getting worse.
Judges rarely object, after all they are lawyers too.
In the case of Dotcom where the prosecution will be on dodgy ground from the get go, and the courts do listen to claims to keep out improperly obtained evidence, we should expect that every detail of every action by every agency will be examined.
Really we should be paying Kim for a service that successive governments have been reluctant to undertake themselves.
Reluctant for two reasons.
1/ no pollie ever wants to get offside with the politzei
plus
2/politicians have no interest in curtailing a power they may want to use on a later occasion.

You say Dotcom's residency issue occurred in December 2011. In fact, he was granted residency in December 2010. A search of Wikipedia is all that's required...though the police merely had to ring Immigration officials to have this fact confirmed. Are they THAT incompetent?