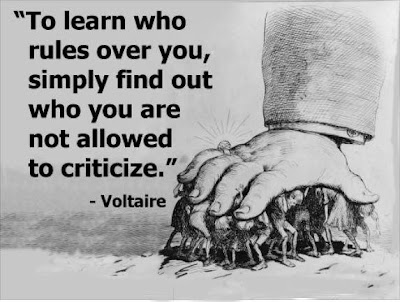 A lesson for beneficiaries under the National Government

Didn't think Paula Bennett could top her claim this week she would still release private information of any beneficiary who challenges her welfare policy after being told she had breached privacy by the Human Rights Commission?

Think again, Paula is so far in denial about child poverty in NZ, she won't even measure how many children are actually in poverty...

Ms Bennett said in Parliament there was no need to further investigate findings in the Green Paper that up to 20 per cent of New Zealand children live in poverty.

"There is no official measure of poverty in New Zealand. The actual work to address poverty is perhaps what is most important," she said.

"Children move in and out of poverty on a daily basis," said Ms Bennett

This is beyond denial, it's willful ignorance. The Government do not want to measure how many children live in poverty because then they would be forced to do something about it rather than implement policy which simply exacerbates that poverty.

@ Bomber . Great post and I love the quote by Voltaire . Here's one of my favourites ;

" I now want to give the common man weapons against the intellectual man . I love the common people . I want to arm them against the lawyers , the doctors , the priests ... who once in authority , are more disastrous and tyrannical than all the fools , rascals and impostors . " George Bernard Shaw .

There's something innately ghastly when the Strong get reduced to Weakness . I've seen that . When good and strong succumb to being bullied and intimidated . It's a horrible thing to witness and personally , I can't stand back and watch that happen . It's worse than murder . " It's better to die in defiance than to survive in defeat . " Who said that ? Muhammad ? Fuck ! I hope not . That lot will be jumping up and down next . Ask yourself ? Do I want to see others in pain and suffering ? Is your answer NO ? Than you're one of us . If you answer YES then you're fucked in the head and so lets rejoice when you're buried at the end of your dotage . Poverty in New Zealand is as mad as it can get and if the notion of that doesn't keep you awake at night then you're a fucking alien . Putting Paula Bennett in charge of the poor is like putting an arsonist in charge of a match factory . Now , get proactive . Who do you know who voted these cunts in ? Right . Badger them until they HAVE to sit up and take notice . Show them the error of their ignorant , lazy , careless ways . Ask them . Do you hate the poor and vulnerable ? Do you want to get in debt for a sofa for example then spend your working days slaving for it when it's just a worthless piece of shit to begin with ? WINZ quote anybody ? It was , and is just a money pimp for Goldman Sachs ? For fucks sake human ! Get with the play ! ( Have I gone too far ? I fucking hope so ! ) Thank you Tumeke and Bomber for this great opportunity to vent my spleen . x

Someones calculating child povety in NZ because I saw it on a graph today, somewhere on the net, comparing different nations child povery levels. It's most likely I won't be able to find it again.

Even the Right is against the Minister on this one because we most definately do measure poverty, in fact MSD does!

Check out the first comment which shows how treasury measures deciles.