If I was running Labour Party strategy 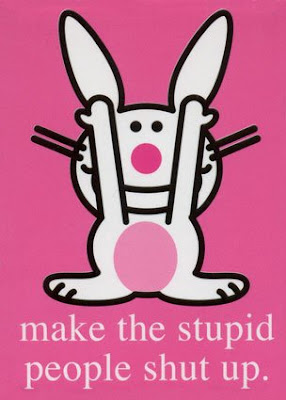 I hate to provide political advice without sending an invoice, but Labour are pushing me further and further to banging-my-head-against-a-wall stage.

The problem with the last Labour Government was it was overtly cautious and managed red neck NZ rather than challenge it. I like to refer to the 9 years of Labour's rule as 'the lost decade', it was hardly left wing and anything progressive was forced upon them. If they want the core voter base, they need to articulate a left wing vision with a leader who believes in that vision and doesn't fumble it 20 seconds into their soundbite.

Let's be clear, I'm more a MANA/Green kinda policy guy, but I accept that will only happen in partnership with Labour. I can't stand this money trader John Key running the country for the exclusive benefit of the wealthy while conning the sleepy hobbits they'll share the pie when he's already sold the pie.

The tensions within the Party are no better highlighted than the way their chief strategist John Pagani treats The Standard.

I blogged on this yesterday, but I think the example is so astounding that it deserves more focus, here's Pagani in the NZ Listener...

Then again, as left-leaning political-consultant-turned-commentator John Pagani notes, Farrar’s apparently easygoing tone might be among his greatest advantages. “He has a more reasonable tone than, say, the left blog the Standard, whose idea of political is embittered and angry and it’s therefore hard to read,” says Pagani

I have a love-hate relationship with The Standard (but then again, who don't I have a love-hate relationship with?), while their pro-Labour cheerleading is sometimes tiresome, they are still without a doubt one of the largest and most influential left wing blogs in NZ, which begs the question - what the fuck does John and Josie Pagani think they're doing publicly burning The Standard?

Would Obama's top strategists attack the Huffington Post? Only if they were drunk and shooting up heroin into their eyeballs, watching the Labour Party top advisor attack the largest left wing blog in the country is like rolling up to the Colosseum to watch Christians fighting lions only to see the lions turn on each other.

It is bewildering that Labour strategists are adopting this strategy.

If I was the Labour Party strategist, I would be on the phone to the Standard daily. I'd be touching base with Idiot/Savant once a week. Calling Morgan Godfrey, Gordon Campbell and Julie Fairey for a fortnightly catch up and I'd be taking Russell Brown and Chris Trotter out for a monthly coffee!

These are the online rallying points and opinion shapers who can provide the momentum, I'm not saying don't bother with the mainstream media, but no matter how much smoke you blow up the arse of the NZ Herald, they are always going to attack the left. ZB will never give you a fair hearing and even former lefty stalwarts like Radio NZ and The Listener lean so heavily to the right these days they make 'The Nation' on TV3 look like look the Karl Marx week that was.

By pass the dinosaur media gate-keepers and generate the movement online, and the under resourced, zero institutionalized knowledge graduate staffed news rooms of NZ will quickly follow.

Before Shearer became leader, I and a few others would catch up with him every 2 months for a lunch and a chat and he was getting a far greater range of opinions, but that has stopped since he became leader. The last time I talked to Shearer was at the iPredict after party where his leadership was anointed.

On reflection, I should never have left that party early with him sitting next to Pagani and Hooton.

Labour can win 2014, the country need them to, but the strategists and tacticians currently running the show seem unable to understand the importance of the blogosphere or social media.

No matter what you think of Cathy Odgers, ACT love her because she is their strongest online asset, you would never hear any National Party stooge publicly bad mouthing Whaleoil or Kiwiblog, because they fully appreciate the power those blogs have on the news cycle and right wing meme creation.

Watching the Pagani's crap on The Standard tells you all one needs to know why Labour looks as lost and as weak as they do.

Thankfully Labour have already put out feelers at the beginning of this week to left strategists so my hope is that they start listening now.

The solutions are bleedingly obvious, stop wasting precious time in the provinces and start creating the momentum online that feeds the mainstream media.

Sort it out already, there's an election in 2 years time.

The problem with Labour seems to be that they don't WANT the leftys on their side. This centerist approach is appalling to watch as they pander to National voters...because FFS, their policies aren't that far removed from Nationals! As these guys get older they seem to be completely losing touch with the mood of the left. Green is the new Red, Red is the new Blue; and Blue is the new horrid shade of KKK White...

Hmm only two things I disagree with, and only one in which I seriously disagree:

2.
And this is where I SERIOUSLY disagree with you.
You really should have sent that invoice.

Pardon you Bomber (for stating the bleeding obvious)!

But while they're all at it - they might actually publicly at least - give Cunliffe a fair suck of the sav.

Meaanwhile ... I'm off to find me a spouse with a "good surname".

Bomber . There's only everything I disagree with and that's only because I'm completely disagreeable .

No one cares about Left and Right when you're being rooted up the arse by power compainies , phone companies , Banks , Lawyers , money lenders , are being hounded by the IRD , WINZ and can't pay for food without sucking the cocks of Government employees , Johns or any one stumping up with enough money to pay for ones vagina so as you can afford school clothes and to put gas in the ancient Japanese shitter that just failed a WOF because it has rust in it's roof and it's tyres are more bald than that last guy who mercifully came before he entered .

Labour . LEFT
The notion that we kiwis have a political choice is a con job . We have no choice at all . We're in political free fall and without a leader worth shit .
Look closely at the architects of our misery . I can't be fucked rhyming their names off yet again but most of them came from the LEFT . Do you honestly think their stains and stink have been laundered out of Labour ?

National . RIGHT
The Farmers party . What a load of shit ! They fucked agriculture as decidedly as some evil uncle fucks his nieces . They crippled agriculture and handed those great generations of NZ farmers into the hands of money retailers or Banks . They saw off good people to die of broken hearts . National knows how to spin a line to those suckers out there on the land . And out there , on the land are those few hardy morons falling for the same old line .

There is nothing at all to disagree with in this post; if only we would all (including you, Bomber) work together to achieve the achievable - a social democratic political consensus - then we can all bitch about it being too far to the right or too far to the left AFTER we win. But whilst we (all of us on the left) (a) deny that there is any meaning to a left/right definition of politics (which is a disguised way of refusing to use a class analysis of society) and (b) attacking groups within society (like Bomber's mean spirited attacks on vulnerable elderly who, terrified at constant assurances "provide for your own old age, we can't afford to give you super any more) have scraped enough to own a rental flat in addition to their own house; whilst we refuse to stick to our Liberal and left principles of woking hard to include everyone in society then Shearer and Key will always work to win on centre-right policies. Now wait for the sale of school playgrounds to pay for education and the leaking school rooms the gummint built.

Step 1. Get rid of both Rob Salmond and Josie Pagani!
Step 2. Decide if the party is a Left wing party or another middle of the road Chardonnay wishy washy middle class pandering club?
Step 3. After determining which side you represent, you target the 880,000 people that didn’t vote or declare you’re no longer the Labour party!

You'll hate political comment on Mondays' 9 to noon. there isw practically nothing between the left and right on that flaccid backslp session