Dear National Party - it's not the Global Economic Recession's fault 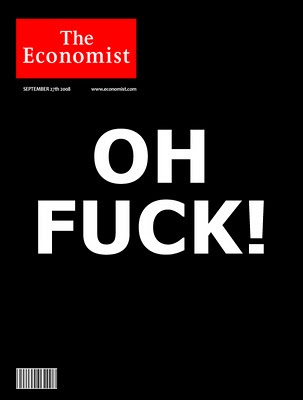 National's response to the historic jump in inequality and child poverty is "it's all the fault of the global economic recession'.

What a load of cobblers.

Borrowed tax cuts for the wealthy, forcing beneficiaries back to work when there are no jobs, higher unemployment, attacks on unions, cut backs to public services and higher GST are all choices the Government deliberately made - they have nothing to do with the global economic recession. National have used the global meltdown as an excuse to forward ideological reform.

Our geographic position has created an economic micro climate. China is our second largest trading partner, Australia is our largest and China is Australia's largest. The rough edges of the recession have been taken off, not because of National policy, but because China has been on a resources binge.

Even if it is the global economic recession to blame - why implement the same failed unregulated free market ideas domestically that led to that global collapse?

Dear National, it's not the global economic recession - it's you and your policy that purposely gives to the wealthiest at the expense of the masses.

geography |jēˈägrəfē|
noun
the study of the physical features of the earth and its atmosphere, and of human activity as it affects and is affected by these, including the distribution of populations and resources, land use, and industries.
• [usu. in sing. ] the nature and relative arrangement of places and physical features : knowing the geography and topology of the battlefield.

So , it's where NZ is that drives our ' Economic Micro Climate ' . Not those vile , filthy , rich , hugely talented , hardworking , nasty , dirty old farmers out there working their tits off while now bewilderingly able to enjoy a decent return for their efforts after being parasitized by banks , money lenders and the IRD for generations and every now and then when things start to get critical , ie the country starts to run out of money , those same farmers are given a little slack around their collars and off they go again . Those same farmers you love to spread the Hate about ?

Surely , you and other Farmer Haters out there can come up with a better , more palatable explanation than that ? How about divine intervention . God's out there turning everybody's most hated cow shit into gold ? Yeah , that's it isn't it ? We all love to Hate the dumb rich cockie but try it without them . Go on ! I dare you .

You talk about the masses being expendable . Well , take a look around . In the scheme of things they are in case you hadn't noticed .

NZ farmers have been gouged by the masses for years and years . How else do you think Auckland grew to what it is , where it is ? A vast , bloated leech sucking the life blood out of a farmer built economy . That's what Auckland is . That's your beloved Auckland and it's ' Masses ' for you .

I fucking loath National and everything they say and do . I listen to them lie to us and openly fuck us over but what's worse is when you Bomber come out with that gibberish . From a person whom I've grown to respect as a writer and a journalist .

Why don't you get down and into our shady past and dig out the real dirt ? Instead of leaning back and pointing out the incorrect . The rich farmer versus the Masses ? Give me a break . That shit comes from the same office that Gay marriage , abortion rights , apartheid rugby , decriminalize marihuana , Pacific Island affairs , dawn raids etc etc comes from . The office of Government Funded Red Herring Launching Services .

In Reality-Land our country should be populated with people tending to the land . We're growers of stuff not factory workers or fancy , big city people . Our small rural centers should be bustling hives of activity , not dead arsed , shit holes where junkies and ex gang bangers go to hide . Where the Rates can be $3k a year while house prices hang in at $30k or less .

The recent plan was to get us off the Growing-Land and get us into the Factory-Cities . Look where that plan has taken us . Into deep shit country and now , who'll pull us out ? Our geographical Location ?

Bomber , I've waited for you to come up with the goods for some time now but your posting here has been deeply disappointing to me . You're missing the point of it all in my humble view .

Who's the journalist out there who's brave enough to dig into the Farmer / Politician / Big Business Leader / Banker / Producer Board / Lawyer story ?

@CB - I'm in agreement with much of what you say. I just don't understand why (traditionally) - the Primary producers (or the secondary producers for that matter) support NACT in the volume they do.
Might be all that "esparyshnul" shit they feed the lektrit.

@ Tim . Do you know what Tim ? That's a hard question to answer without writing a book . Every attempt to address that conundrum asks more questions than it provides answers . I'd say from what I now know of the media , psychology and general marketing strategies I'd say yes to the "esparyshnul" shit they feed the lektrit. ' and I quote you there .
That's why I may have to break this up into two or more posts , so please bear with me while I get this out .
National or The Creatures from the Blue Lagoon if you prefer know where the money is . They've always circled Farmers like blow flies over road-kill . Indeed , the early hybrid politician is a gruesome mix of high falootin city type meets down-on-the-farm land grabber or " Pass the Maori would you old boy , need my boots polished don't cha' know " types which was early Canterbury for you particularly .
Yeah , it's tricky .
See , on the one hand you have a very small minority of farmers pumping out huge amounts of extremely valuable ' product' but they , the farmer , have little power by way of voting numbers so The Creatures from The Blue Lagoon have quite the tricky balancing Act . They have to bleed out the cockies while placating the city bound working and middle classes for voting clout to simply exist as the parasites they are .
Now, if National for example ( Labour are also playing this game ) gave farmers too much head ( One can never have too much head ) farmers would flourish and so rural towns would be bulging with people servicing the farming industry . Just like the good old days . The good old days that built a country the envy of the planet .
The problem there though is that during WW2 when supply lines failed and us Kiwis could no longer buy from our traditional trading partners , we built what I'll call a City Industry to in some way provide for our general engineering needs etc . Farmer money was side lined to provide funding through various money lending schemes and gave rise to a City based industry infrastructure .
Behold ! Auckland ! All Hail Auckland !

The problem for the new industry though was that the war rudely ended and left our New Riche Good Old Boys hanging up in the air and looking back to the land from whence they clumped . But Oh No Dahling ! Not that beastly country side with it's cows and sheep and mud but worst of all ... hard work .
It was about then , sometime in the early fifties , that the war on Trade Unions was declared which was in my view designed to destabilize our work force and create justifications for heavy handed and fascist retaliation if you get out of line mate !
Go here ;
http://www.nzhistory.net.nz/politics/the-1951-waterfront-dispute
( To be continued )


Now-a-days though , it's a bit unfashionable to beat people over the head with clubs for standing around with a fag in your mouth ( No disrespect to the Gay Marriage debate now raging )
These days , control is far more covert and oddly far more dangerous than some cop on a horse wielding a club or a pistol . The new breed of Head Fuck experts can tie up whole communities and reduce the poor to feeding off one another and all you have to do is provide the booze and stand well back .

An example might be Paula Bennett . She can say and do those awful things and we do nothing at all . We don't even react . We do nothing ! Is that not worrying ?
I rest my case .

When them Good Ol' Boys broke up the Watersiders they knew they were on to a winning methodology . They knew they could do what ever the fuck they liked to us and the rest is history .

National have played the farmer card to placate the main stay of our economy and have played the anti commi , anti terrorist card to the new middle classes while the working class has been squashed flat and bullied into submission . The Working Poor is a new term for that .

The result of that is the people of a wealthy country showing all the signs of abuse and neglect . The bully boys enjoy the wealth and privileges of position and power rooted in those dark days while us poor cunts fight for the crumbs that fall off the table .

Farmers are being cynically used and played like fools by a political party who's history of violence and conniving would make the Chicago Mafia blanche with envy .

We need a brave and brilliant journalist to take on the job of exposing the litany of historical lies and deceit that has given rise to our contemporary political system and show how that system is tied into a greed culture of criminal activities and deceit . That's what I reckon . Call me old fashioned if you must .