Beasts from Blenheim and Creatures from Kaitaia 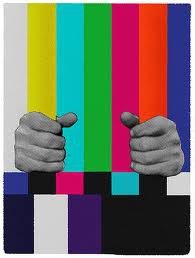 Suicide rate in prisons 'a disgrace' - reformists
Since 2008, 75 people have died in prison, where the suicide rate is 11 times higher than in the general population. The coroner investigated 37 of those deaths, recording 13 as suicide, a trend the ombudsman called a "serious concern" in a 2011 report, recommending responsibility for healthcare should be removed from Corrections. "The situation whereby custodial staff have to manage prisoners who, by any layperson's measure, are grossly disturbed, is unsatisfactory for prisoners and staff."

After the embarrassment of the 'Beast of Blenheim' tag used with breathless regularity by the mainstream media, I'm waiting for TVNZ to refer to James Parker as the 'Kraken of Kaitaia'.

By whipping anger up to fever pitch, the pressure on prisons to be punishment minus the rehabilitation isn't safe mentally, emotionally or physically to those we put in there or those we ask to work in there.

Unless we are going to train corrections staff to include mental illness and suicide awareness into their job descriptions, we are providing prison environments that are detrimental to everyone including the public who ultimately have to live with the consequences of people like Stewart Murray Wilson being released back into the community without any rehabilitation.

Our easily manipulated prisonlust mixed with a corporate profit model that encourages incarceration is creating a terrible harvest.