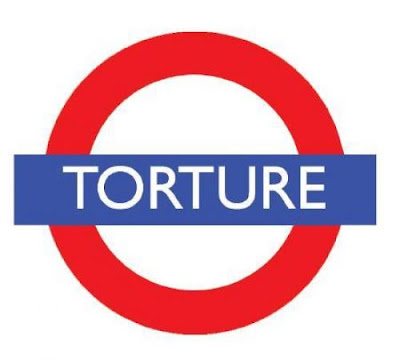 So Len Brown has agreed to spending $1.1million on this Consensus Building Group made up of the usual Auckland mafia - Guy Salmon, Michael Barnett, Tony Garnier, the property council, the Automobile Association, Gary Taylor and 12 other token appointments who will meet for 12 2 day monthly meetings plus dinners.

I love the plus dinners bit. I don't wish to be cynical but how will they manage to

and B) convince central Government of it?

Gerry Brownlee has been as quick as a Facebook stalker to jump Len and tell him his million dollar dinner party plan ain't gonna work by pouring cold water on any alternative funding ideas they come up with that involve the only funding mechanisms the dinner party clubs have been told to use.

Here's the problem for Len. He won. National had Rodney Hide ram through the Super City annexation through Parliament under urgency for one purpose and one purpose only, to ease and speed the sale of Auckland's Assets.

The problem for Len is his utter lack of resources to properly fund a Mayor's office that has the political vision to provide strategies and tactics to avoid being painted into a corner. He's responsible for almost a 3rd of the country's population, yet gets a pathetic $3.2million to run his office. That's $3 per person he's supposed to be responsible for.

The insult to that injury is even at that pathetic level of funding, baby faced right wing assassin Cameron Brewer had the audacity to bitch about it.

Len is very good at bringing people to the table, but this is a fight, not a meeting of minds. Len has got to stop being the weak nice guy and actually throw some punches at the Government or else come election time he'll be perceived to have stood for nothing more than siding with the Ports over their disgusting bullyboy tactics against the union.

If Len received more than the pathetic 3.2 mil he could better resource Auckland which would encourage more people to move there which would mean the gubbamint would have to borrow even more money to keep the Great White Elephant City afloat thus paste more bandaids over the festering sore that is the even greater New Zealand Institutionalized Lie . If Auckland is not careful it'll become the biggest ghetto of the South Pacific while all them rich , white folk move to their country houses where they'll be out of reach of the ghastly poor . HA fucking HA ! You reap what you sow . Hear that sound ? That's the sound of the Uber Flash shitting bricks as they pack the Merc to head for the hills . The Bombay Hills .

Seen ' Green Acres ' ? Like that but without the laugh track .

( No disrespect to Auckland people including you Bomber . You guys have been bullshitted just like the rest of us . )