Will Russell Brown apologize for manufactured crisis at The Hobbit? 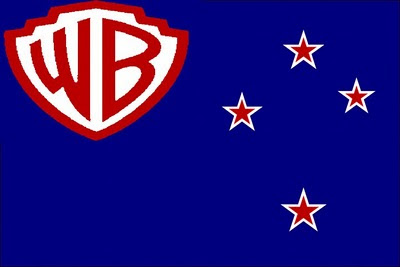 What do we have here?

After complaints to the Ombudsman, former economic development minister Gerry Brownlee yesterday released a series of documents relating to the controversial deal struck between the Government and Warner Brothers in October 2010.

The documents show Kiwi director Sir Peter Jackson, who received personal post-Cabinet briefings from Brownlee, rated the union vetting of foreign actors as one of only two "key issues" in the debate.

Days before Prime Minister John Key announced a deal had been cut with Warners to keep The Hobbit production in New Zealand, Brownlee's office emailed Jackson an assurance that Warners did not need to worry about access for foreign actors.

Oh God, isn't that beautiful, Jackson always had the backing he needed, this was a manufactured crisis just as Tumeke called it and let's look at the mainstream media who were so quick to scream anti-Union hysteria backing down with their tails between their legs.

This after a damning point by point indictment from Helen Kelly detailing how NZ was played and manipulated into the manufactured crisis at the Hobbit, all backed up by the emails released under the Official Information Act where Peter Jackson admitted to Gerry Brownlee that it wasn't about the Actors Union at all.

If Peter Jackson should win an Oscar for best supporting actor in a corporate negotiating tactic, surely Russell Brown must get a nomination for playing the role of Cameron Slater in this manufactured crisis. His damning blog so perfectly timed to smear the actors union had so much inside information I often wondered who leaked to him from the Ministry of Culture and Heritage.

I have my suspicions.

Tumeke called this a manufactured crisis on the very first day and called it as an attempt to manipulate NZ into blaming the Actors Union by threatening to take the movie overseas when in reality the entire fiasco was a negotiating tactic by Warners Bros to gain more corporate welfare.

We called that on day one. However the bias and anti union hysteria by the mainstream media painted a totally different story. According to the mainstream media poor Sir Peter Jackson was facing trouble at Shire with Union busting Hobbits officially referred to as Scabbits. Poor Sir Peter Jackson was being forced to consider one actors contract to rule them all, one actors contract to find them. One actors contract enforced by Trans-Tasman Unions and in the darkness bind them. The Union bosses at the Shire had forced the Orcs to work to rule and all 9 members of the Nazgeal were considering wild cat strikes.

In response, poor Sir Peter Jackson had to threaten to outsource the eye of Mordor to Eastern Europe where naturally hairy residents would save him on Hobbit feet make up.

That was the official story by the mainstream media.

Warners Bros has a long history of attacking Unions, all the way back to the Un-American committee blacklisting of supposed communists...

The founder of the performers union the Screen Actors Guild (SAG), John Howard Lawson, was also one of the ten jailed for contempt. Jack Warner – founder of Warner’s Bros was a “friendly witness” at the hearings and cooperated with the Committee’s work including enforcing the blacklist of those performers, writers and others named in the testimonies. Many believed he did so in retaliation for the month long strike by SAG during a dispute with Warners over pay.

It is disgusting that John Key simply handed our sovereignty of NZ to Warners Bros to ram through under a misuse of urgency deeply flawed employment law minus any select committee process or public consultation whatsoever while handing them millions more in corporate welfare. The 20 000 Union members who had marched 24 hours earlier against Key's harsh new labour laws had all media attention sucked out of them in a Crosby/Textor moment of pure media and political manipulation symmetry.

The mainstream media's unquestioning regurgitation of hysterical union bashing as a manufactured crisis negotiating tactic by Warners Bros to extract more corporate welfare from our Optimist Prime led to death threats against Unionist's, Robyn Malcolm and Helen Kelly who had done nothing more than courageously stand up for the basic human right of collective bargaining.

Article 23 of the Universal Declaration of Human Rights states it is a fundamental human right for people to form Trade Unions and collectively bargain, that was all the Actors Union attempted, yet watching the way they had been denigrated and proclaimed as 'damaged goods' is right out of a Paul Henry supporters character assassination wet dream.

You would need to go back to the 1950's waterfront lockout to see an equivalent level of union hysteria in the mainstream media.

The real outcry should be that John Key has handed out more corporate welfare while slashing domestic welfare, yet like a pack of chumps played by the most obvious of divide and rule tactics, we got sucked into increasing our corporate welfare by over 50% more.

So much for the great deal maker, by siding with Warners Bros in the Union bashing, John Key had no choice but to simply ask, ‘how much’ when Warners Bros hard balled him for more corporate welfare.

As Gordon Campbell brilliantly concludes, we were played like chumps.

An anti-union statement was read out,on his behalf,by an orgniser of a rally to support the Warner's deal with the Government,at the Queen Elizabeth 11 Square, Queen Street, Auckland, on Labour Day, 2011. In attenance, were fans of Jackson's films and actors wanting jobs on 'The Hobbit'. Tony Allen (Eyewitness)