Jonathan Coleman came back from Afghanistan and all he got us were translators? 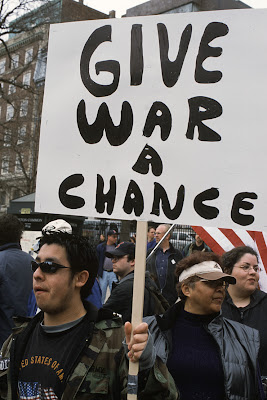 Afghan interpreters want asylum in NZ - report
Afghans working with Kiwi troops in Afghanistan have asked the Defence Minister for help in seeking asylum to New Zealand, fearing they will be killed once international forces pull out of the country, according to a report.

The workers spoke to One News in Afghanistan's Bamiyan province after a meeting between an Afghan commander and Defence Minister Jonathan Coleman.

The Afghan interpreter said as soon as international forces left his future would be "very dark".

"Our faces are very familiar to most of the people. As soon as international forces leave, our future will be very, very dark and it's most likely we are going to be killed," the man said.

A group had approached the minister after the meeting asking for help.

Let me get this straight. After a decade of propping up a corrupt narco state, arresting civilians and handing them over to known torture units and having the Defence force manipulate the mainstream media into embedded acquiescence our legacy from this war on terror will be refugees who can be identified because of our interaction with them?

Is this a joke?

Every month of this year the US have had to apologize for desecrating corpses, holy books or murderous soldiers going berserk. Labour entered this fiasco to keep America pacified where as National sent them back to dump any pretense of an independent foreign policy, this has bugger all to do with freedom or democracy and that our presence is simply generating refugees should be the final cringe that demands an exit from this pointless war now.

There is no military solution in Afghanistan.

There is no military solution in Afghanistan.
And there never was. It is where empires go to die.
http://globalresearch.ca/index.php?context=va&aid=15281