Right wing Christian Radio on the attack against Unionists 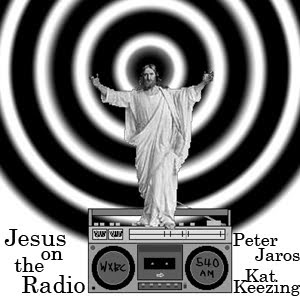 Who would Jesus strike for?

On top of the black ops dirt that Cameron Slater is running for the PoA, he's managed to worm his way into hard right Christian broadcaster Radio Rhema to appear regularly spreading disinformation to those who believe the earth is 6000 years old. Not a difficult task.

But last weeks farce where Slater was able to libel a union worker and then have Helen Kelly's complaint to the station about that libel made public by the host is a step too far, even for right wing Christian radio, so I've shot off a complaint to the BSA...

I would like to complain and get a formal explanation from the BSA.

Last week on Radio Rhema, the host Pat Brittenden was allowing Cameron Slater to libel a Union worker. Helen Kelly from the CTU rang and left a phone message to complain about the libel and then incredibly had that complaint made public!

How can the President of the CTU leave a phone message complaining about the manner in which one of her members has been libeled on air, only to have their complaint made public by the broadcaster and mocked?

Far right Christian radio must still be bound by the broadcasting standards authority, can the BSA please explain how a complaint about content can then be made available to the public in the manner in which Radio Rhema has?

I have blogged this issue and am awaiting your immediate response on this it.

Here is the website of the radio rhema host where he makes Helen Kelly's complaint public.

...who had any idea that Jesus hated unionists? Slater is running a very sophisticated black ops campaign for PoA and any where it pops up and deforms the normal standards required in broadcasting, it should be shut down. I'll wait to hear back from the BSA on whether Radio Rhema should have mocked a content complaint in the manner in which they did.