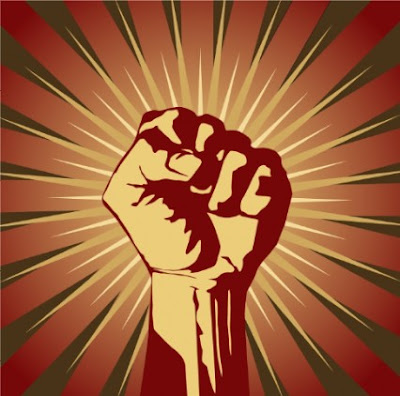 Despite the black ops campaign Slater and Odgers seem to have run for PoA. Despite the mud slinging from far right Christian radio. Despite the anti-Union hysteria generated by the mainstream media. Despite Len Brown becoming a scab mayor. Despite the claims it was militant unionists when it was militant bosses. Despite the disgusting way a wharfie had the terminal illness of his wife revealed. Despite the murky behind the scenes machinations of Council Controlled Organisations picked by Rodney Hide for privatization purposes. Despite saying that there was no way the workers could gain back their jobs. Despite this entire farce being a manufactured crisis from day one.

Despite all of that.

Union Power holds the line. The legal position of the PoA has never looked sound from a good faith position and the Judge has called ten on that. This decision should deeply shake the faith of all those who have sided against the Union in the belief that it was the Unionists generating the problems.

If the Unions win here, it will be a shot in the arm for the entire movement and show other workers that fighting for their rights can work. There is far more at stake here than just the Ports.

PS - Let's hope as ratepayers that whatever money has been paid for online black ops is refundable.

Unfortunately I don't think it is a U-Turn, I think it might be more or a parking in a rest area waiting for the Nats new super-ministry. Anyone else see the danger of putting the department of labour in a ministry with a business focus!?! As a worker I don't think there is going to be anything super about the superministry.

In amerika Bush 2 era, back during the Karl Rove Scooter Libby fiasco over leaking a CIA agen'ts true occupation to the media, it seemed Rove in particular was in more shit than a Mangere duck and most amerikan political activists earnestly believed that their judicial processes would cut these corrupt liars and murderers down to size. However a Harvard report on reseaerch into judges and politics gained heavy circulation and its findings were confirmed.

Courts in a range of different societies mostly so-called 'western democratic' systems were surveyed and examined to uncover instances of the judiciary dealing with cases that challenged the policies and political power of the government of the day.

In the vast majority of cases, across the board of jurisdictions, the courts found a way to uphold the prevailing government's desires. Even when, as in the Rove case there was a clear breach of the law.
I expect no different outcome from the NZ courts dealing with the rights of workers during a time of rightist political control. It would be naive to imagine otherwise.
The few times courts go against the prevailing political power is almost always in situations when there is considerable public pressure for change after a lengthy term of unpopular government.
Courts are run by lawyers. How many lawyers do you know who don't put self-interest ahead of principle when the going gets tough? Very few and those that do are unlikely to be selected for higher office.