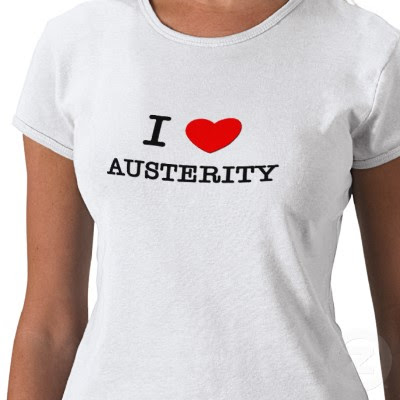 As Nick Smith plummets to earth and one of the major intellectual weights and legislation over seer's gets knee capped from inside, us dear mortals should realize that within National there is a ferocious battle of the angels raging.

On one side sits Bill English and on the other side sits Key and Joyce. Ever since the neo liberal agenda culminated in it's predictable implosion due to unregulated greed in 2007, Governments have been straining to follow any example of capitalism that gives them power, and they've found it in the authoritarian regions of the world, in China, in Russia, in South America. Authoritarian Capitalism performs better than Democratic Capitalism and we can see this ideological changing of the guard in our own Government.

The tensions brewing between English and Key as Joyce creates a super Ministry able to counter Treasury are becoming increasingly apparent. Such a sudden ratcheting up of power accumulated to fewer people is happening all the time now. In Christchurch it is happening, it's just happened with vast new surveillance powers awarded to 70 state departments, and it's happened with the announcement of a strangulation of local councils.

As citizens have been warped into consumers, NZ's once famed egalitarianism has been watered down to a mere airs of casualness that allows the classes to mingle while the guns are left at the door. John Key's smile and wave laid back style makes him the perfect wrapper to sell this alarmingly sudden compression and accumulation of State power.

With such cultural touchstones, our fascism was always going to be this casual.

Yep slow and steady down the road to the meatworks so the sheeple don't get startled and start kicking and screaming till it's to late we need to start going down the road Iceland has started there GDP has grown 2.9% while ours is stagnant

Umm . Well , yea ! We all know this by now . So what ? Neo liberal Blah blah blah . Casual fascism blah blah blah . While we're pointing and shouting and fearing the worst , the worst is happening . Why ? Because that's what's going to happen , like it , or go fuck ourselves , right ? Right now CNN is on Tv leading into TV1's news . Why ? Because it's there . Why ? Because we can't stop it . Why ? Because we can't , that's why . Feel vulnerable yet ? There's a soulless murdering of our spirit going on and I have no idea what can be done about it . You know what it's like when you drive a new car to a new house and everything seems just a bit plastic-y and pink and clean . A bit ... well , sterile . Lacking . No spirit , zest . And when that shit ages , it becomes junk . Nasty , faded worthless shit ? You know what I mean ? It never had much other than shallow sparkle and when the sparkle's gone , it's just last weeks shitty junk . That's our media , that's our sport , that's our politics , that's our homes , that's our work places and our workers even . Frightened working people in horrible fluro vests . Fluro vests aren't about safety , they're about adhering to the Authority . What Authority ? Insurance parasites , Bank-sters and other lice latching onto your lives . They live in constant fear also . They fear we may find out we don't need them . We have each other after all . You farming people and you city and town people had better get over your petty gripes and jealousies and get together on it now .( And you can do it if you do your homework on it . Seek out the perspective needed . Keep an open mind . ) If you don't take control back from the NZ traitors and off shore opportunists , we're heading for the gurgler . NZ will become a dusty photo on the heat pump .
I've been away . Has Tumeke answered my question ? Why no longer the function to allow follow up comments to be emailed ?

We better get our collective acts together fast (year or two), because as I see it there is a financial shit storm brewing on an unimaginable scale. The West has been running Ponzi economies (this is where debt grows faster than GDP) that is clearly running out of rope. The Government has more or less filled the gaping hole left from the deleveraging process, but as soon as this line of credit runs out (as it must) we're going to get a contraction of GDP in excess of 10% - i.e. a full blown depression. Expect 20% unemployment as global/local demand plummet to levels not seen since the 1930s.
NZ needs to get its books in order to prepare ourselves best we can for what is to come. Austerity is going to happen whether we like it or not, but there is still time to CHOOSE what austerity we have to take, as opposed to have it suddenly FORCED on us all at once by a market beyond our control.

Unrelated to this, but relevant to former post.......WHY would anyone be surprised by this: http://www.stuff.co.nz/national/politics/6630091/ACCs-records-storage-primitive !!!!
It's the story of ticket clipping/outsourcing/INCIS type IT "solutions" all the way.
I wish I could remember the study done by a couple of Otago Uni academics a few years ago re our ubbamint IT "solutions - most of which invlove te like of Steven Joyce-type people: All bullshit (sales-talk and no substance).
$43 mill here, another 43 mill there!
Gimme a fuckn break!
They should e cognisant of the fact that the Piper WILL eventually be paid - one way or anoter

No coincidence that Boag is involved in this softening of the public to the outright sale of the incompetent ACC. One of the few things that NZ leads the world in and John Keys leaders are instructing him to get it ready for sale to them by running it down.