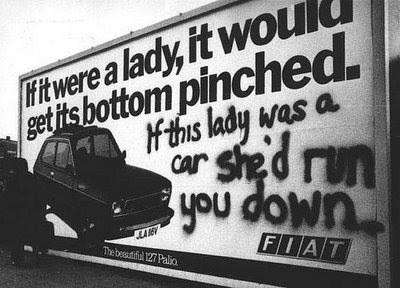 Tui pulls out of meeting with feminist group over 'sexist' ad Auckland Feminist Action is "disappointed" after a Tui beer spokesperson pulled out of a planned meeting with the group to discuss their complaint over a "sexist" television advert today.

So after putting up, 'Having a beer with the Auckland Feminist Group would be fun, yeah right' as a billboard, they gutlessly pull out of at least hearing how offended some women are at Tui's portrayal of them? What pathetic little wimps.

Women have to put up with being second class citizens in their own country and are bombarded by mass media crap that no one needs in terms of their self esteem.

But I don't blame Tui. They are PR spawn whom have no soul, and seemingly no smarts. Tui's catch phrase 'Yeah Right' is iconic. It has been used for all sorts of clever satirical comment throughout the years, the best ones being when Tui have a go at the powerful. That intelligence however has been replaced by outright sexism with adverts so gratuitous the only way they could be more offensive is if the male characters dipped their penis's into the Tui beer and wiped them dry on the faces of the female models.

I blame the Advertising Standards Authority. They are to blame for opening the door for gratuitous sexual advertising in alcohol, and now that the alcohol industry has proven it doesn't have the maturity, the ASA must be the ones to come under fire.

In January of this year, the NZ Advertising Standards Authority removed restrictions on alcohol advertising that at the time were challenged...

A women's group has struck out at a change in advertising codes it says will lead to more sexist beer commercials on television.

But the Advertising Standards Agency said a flood of alcohol advertisements which were derogatory towards women was very unlikely.

...Oh, they were very unlikely were they? Well hello ASA, here's Tui pushing the boundaries under the new guidelines and now you have to justify how your relaxation of the rules around sexism in booze adverts has up held standards because it looks like the ASA is part of the problem. 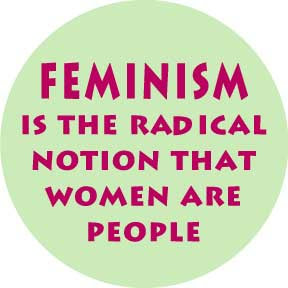 I blame DB. They will shaft anyone, at any time to get more money/market share (see also "Radler"), and I imagine lobbied hard for the very law changes that they're benefiting from now...

Why bother to have an advertising standards' authority if it isn't going to have any standards? Personally, although I like the Tui billboards immensely and find the TV ad an extension of the tongue in cheek dry humour, it is totally dumb and is basically adporn. I won't buy Tui's beer, neither Stella after their latest TV ad- now THAT's demeaning to women in all it's flagrant, insulting, neanderthal crappiness.