Lucy Lawless and Shell Oil - who is the real criminal?

That the NZ Police have bent over backwards for Shell, is something Phoebe Fletcher brilliantly questions in her post yesterday. The farce that Lucy Lawless has been charged with burglary for her protesting against a corporation as ethically corrupt as Shell is just further proof of how far our NZ Police force have become stooges for corporations rather than the people of NZ. Their gutless complicity in the Kim Dotcom 'mega conspiracy' case for Hollywood profits confirms that suspicion. 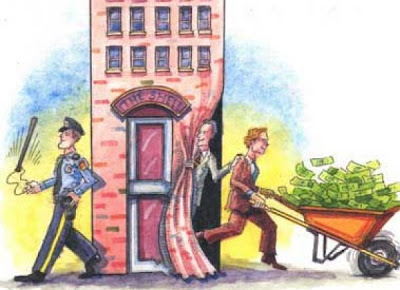 The question has to be asked, who is actually the criminal here? Lucy Lawless protesting the despicable tactics of Shell by climbing aboard their ship or Shell, who are using the climate change caused by their pollution to drill in a fragile part of the eco-system with a 40% chance of causing an oil spill while they have paramilitary death squads liquidating opposition to their exploitation of Nigeria?

Shell is the corporate criminal here, and this type of hypocrisy by the Police and Shell deserves all the contempt one can muster. Thank you Lucy Lawless for being such a refreshing conscience in the land of the sleepy hobbits and climate denying shire volk.