Greens to Labour 'we ain't your bitch' 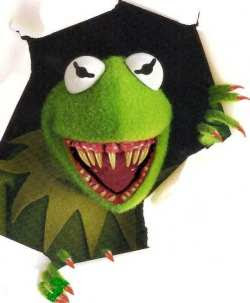 I appreciate when I say it, Labour is deaf, but when Colin James is pointing it out, maybe someone in Labour should be opening their ears a little more. Put aside Colin's bitching about Labour focusing too much on identity politics (ever noticed when baby boomers bitch about identity politics they always tend to be while old men who always end up sounding like bitchy blokes not used to having to share power), but he does have a point about aiming for the middle. Labour needs to appeal directly to the middle class, as I pointed out last week...

For the first time in their lives, the NZ middle class feel frightened and threatened, Labour should do everything it can to talk directly to them and argue that a secure and growing middle class enshrines the socially progressive democracy that makes NZ so strong and connects with Labour's values of social justice. Labour could argue that when the middles class do well, they don't feel bitter about taxes helping those less fortunate. Labour need to sell to the middles classes that their well being strengthens the social contract to help others.

Wannabe Baby Boomer Tim Watkins was given an excited lap dance from Bryce Edwards for stating the bleeding obvious over the Greens (but then again Bryce is the academic who was defending Paul Holmes racism, so Bryce's endorsement is more akin to being on an NRA mailing list).

The bitterness many in Labour feel at the success of the Greens soaks through in Watkins column and seems hell bent on belittling the Greens rather than congratulating them, so let's be clear why the Greens did so well.

The Greens did so well because -

a: Labour was still being punished for the repeal of section 59 and appeared to have a weak leader and they messed up on the Party Vote side of the campaign.

b: The Greens are a generation ahead of Labour in terms of online social media. While Labour's much vaunted party machine rusts in the backyard in terms of creating turn out on the election day, the Greens had a brilliant online system that included texts and emails reminding people to vote.

c: Most importantly, the voter turn out was the worst in 120 years.

The last point seems to have completely escaped Tim Watkin, the Greens can dream of higher of they chase the nearly million enrolled voters who didn't bother to vote and their inroads on line suggest they could be a hell of a lot more successful than Watkins gives them any credit for.

That doesn't mean it won't be hard for the Greens, it certainly will be, I think that they are reaching the zenith of their political support, and the only way to increase it is by being in the 2014 Government.

That is what Turei is stating in her speech, after being the abused girlfriend of Labour for a decade, the Greens are telling Labour in no uncertain terms that the days of being used by them are over, that if Labour wants to be the Government next time, then it has to have a major part of their cabinet appointed to Green MPs.

John Armstrong also notes that the Greens need to be a much sharper opposition leaving all that Blue-Green talk to rot by the side of the organic rubbish collection.

Shearer's meeting with Winston Peters and thawing the MANA cold war are all steps in this new political landscape and show at least Shearer's ego won't burn bridges with any potential allies. The progressive majority combining Labour, the Greens and MANA would have the political muscle to make the radical changes NZ needs to combat inequality and grow the economy (NZ First is only as good as Winston's health). The CIR on asset sales and the large 'NZ is not for sale' demo planned in April could all be rallying points for the political opposition.

The challenge for Labour is not to over egg their play for the middle with the same veiled dog whistle garden variety bloke racism so often employed when reaching for the centre vote. That's why 'rebuilding the middle class' is a strong strategy because it side steps those populist traps which won't play to their core base. If Labour goes too far to the centre they will bleed more votes to the Greens and MANA, if they don't go far enough they won't win National voters and if they don't inject some passion they won't appeal to those million enrolled voters who didn't bother to vote.

The Greens asserting their political influence is the least of Labour's worries right now.

The Greens haven't been Labour's bitch for quite some time now, and it can only be good for the left in NZ. With the Greens and to a small extent Mana keeping Labour honest, they can't drift too far to the right.
http://afinetale.blogspot.co.nz/2012/02/real-third-way.html

Have you read this article (http://www.nzherald.co.nz/nz/news/article.cfm?c_id=1&objectid=10786900) in the Herald about Shearer?

It seems like he's keen to play peacemaker between the Greens and NZ First and is setting up a potential three-way coalition with them and isn't entirely against the idea of working with Mana.

If Labour can set up a coalition government with enough seats to govern next term, the Greens will most likely be in a very strong position and Shearer knows it.