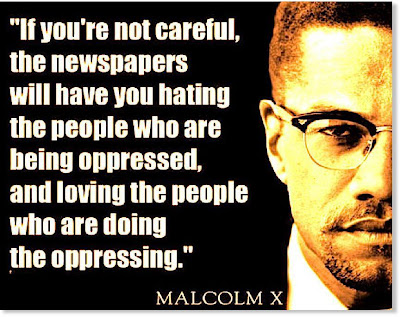 The man paid for by Farrar to promote right wing blogs under the guise of academic neutrality went a step further yesterday by supporting Paul Holmes racist rant.

Nonetheless, in his own limited and distorted way, Holmes raises important points and a legitimate perspective. Rather than clamping down on such opinions, New Zealand desperately needs an expanded debate about ethnicity and politics. So far this year, 'race relations' are dominating politics so more debate should be welcomed - but hopefully the kind that generates more light than heat.

I can hear those banjos strumming from the deep South of Bryce Edwards world. Note Paul isn't a redneck racist hate speech proponent, oh no, according to Dr Bryce, Holmes is raising 'important points'. No one in the blogosphere criticizes Bryce because they are desperate for his acknowledgment, personally I find the entire way he, Farrar and Holmes are entwined is just smelly. The only thing that is liberal about Dr Bryce Edwards is his haircut.

Mates support mates at the NZ Herald, Farrar paid Bryce, Bryce gets paid by the Herald, Herald pays Holmes. It's a circle jerk of opinion that never looked so beige and redneck.

Ugly that an academic would support the race baiting Holmes vomited up in the Herald.

Very ugly.The left need to understand Dr Bryce is just another apologist for right wing bullshit wrapped up under the gloss of Otago University's credibility. How dare he claim Holmes raises good points in his hateful race baiting.

Political academics from the deep south should be avoided like the invites to David Farrar's dinner parties.

Absolutely revolting! The concerned public should fire all the flak they can to hold the NZ Herald and Holmes accountable for this denigration of humanity. My challenge to the New Zealand public is to think of just how enlightened this country really is if Hitlerite filth like this can be smeared throughout the land in the guise of legitimate press.

If outrage forced Paul Henry out for an idiotic racist rant, so should Holmes, unless Maori bashing is the norm in this country?

That’s why I am completely unsurprised with the politically retrogressive stance of this country, if those at the helm are a clique of nonsensical malcontents with all the fervour of a landing craft filled with SS storm troopers out to conquer lebensraum. These malcontents who are lost mentally in the nineteenth century are going to surge this country into the future? Don’t tell me this country isn’t currently ruled by an oligarchic clique, if increasingly we find mainstream media flooded with right wing trash like this.

Holmes dismayed over the Pimp Minister’s reception at Waitangi? What moron would raise such a contentious and ludicrous issue practically binning the treaty piece by piece like a Kleenex the week before its commemoration? If anything the Dear Leader Kim John Key should be thankful that the only reaction he got was a very vocal protest, unless he was hoping for violence for the pretext to introduce some new draconian laws? A felony to question asset sales? Concentration camps for Maori and the left? Given the protesters weren’t all Maori is a clear sign of Holmes’ outright hysterical racism expressed in this diarrhoea.

Does the media in this country need Holmes? Like Paul Henry and the many other stale vomit inducing faces we find “gracing” our media decade upon decade, it’s not as if there’s a shortage of media professionals out there, how about giving more opportunities to younger folk for greater media presence instead of the same backward bludging media-whores like Holmes and his clique.

In summary, the concerned New Zealand public should attack the fascist beast that is the NZ Herald with all the means at their disposal. Hopefully public outrage will see Holmes go the way of Paul Henry. It would also be great to see the NZ Herald relegated as a publication on par with any small warped newspaper distributed amongst the depraved members of some far right fascist group.

Paul Holmes should peddle his hate where it’s appreciated, preferably in hell.